WHEN A TIE FEELS LIKE A LOSS: Needing 3 home points, Red Bulls draw at home 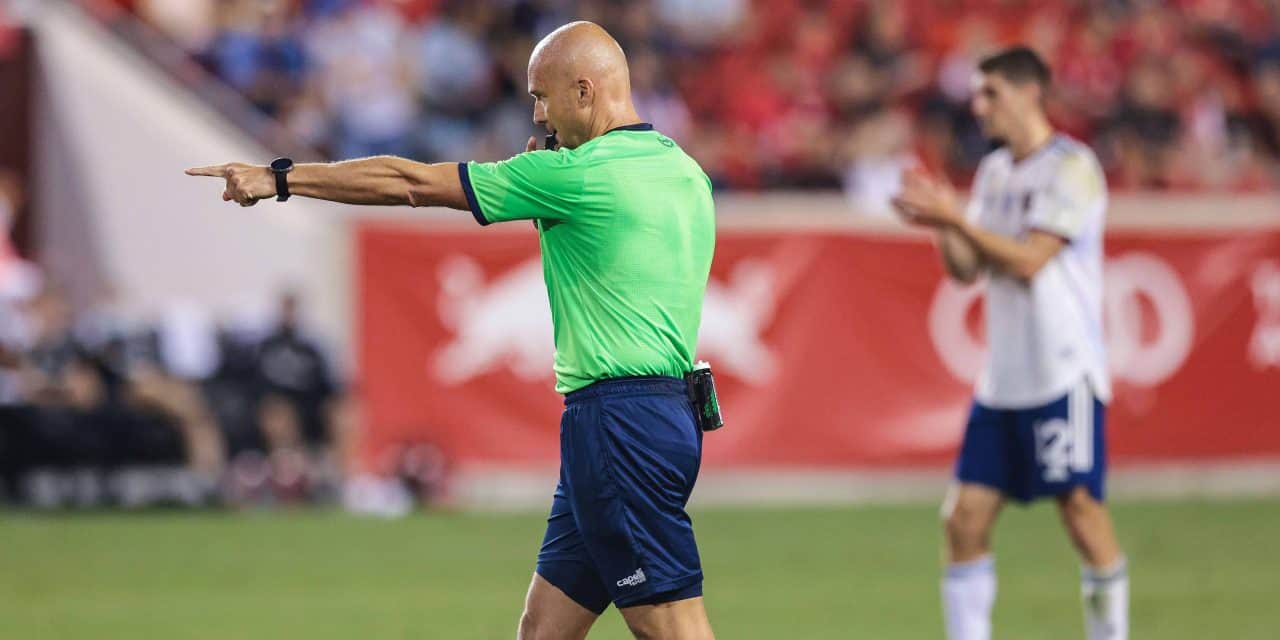 Referee Robert Sibiga signals for a penalty kick after he was aided by VAR. (Vincent Carchietta-USA TODAY Sports)

The Red Bulls season still has 13 games remaining, but if you want to get technical, time is started to run out on the club.

And Saturday night’s 1-1 draw with D.C. United at Red Bull Arena certainly did not help the 12th-place Red Bulls, who dropped remained eight points behind seventh-place United for the final playoff spot.

“In the end I think a result will give us not the right feeling,” head coach Gerard Struber said. “We expect today the win. We expect three points. It’s right now not easy to pick up the points what we want for the playoffs.”

Things are not looking up for the Red Bulls, who have started a seven-game in 22-day swing, which could very well determine whether they will reach the postseason or watch it on TV.

The Red Bulls, however, were not very creative, or creative enough. And when push came to shove on putting quality shots on goal and into the net, there weren’t enough of them before a crowd of 12,574.

Dru Yearwood got things going very early for the Red Bulls by connecting for his first goal of the season in the fifth minute. Patryk Klimala won the ball on the left side and fed Yearwood near the penalty arc. Yearwood then fired a right-footed 23-yard shot past goalkeeper Jon Kempin into the lower left corner for a 1-0 lead and his first goal as a Red Bull.

“It was a massive relief and massive weight just came off my shoulders,” Yearwood said. “I could not believe that it went in and usually they get blocked or the ball rolls under my foot or something.”

United equalized late in the half after defender Sean Nealis was called for a handball in the penalty area, although VAR was needed to determine the infraction. The ball hit the left arm of the Massapequa, N.Y. native, who received a yellow card.

On the ensuing spot kick, Ola Kamara used a stutter step before powering his shot into the lower left corner as goalkeeper Carlos Coronel dove in the opposite direction. It was Kamara’s 13th goal of the season.

“This is football and we have to manage it,” Struber said. “I think this is the last two weeks, and also today, one more big test about our resilience in these moments. We come in the halftime with the heat in the face, but we have to accept it, and we cannot cry about it.”

AN INTRIGUING CONFRONTATION: Cosmos B could face North Carolina FC in Open Cup 2nd round 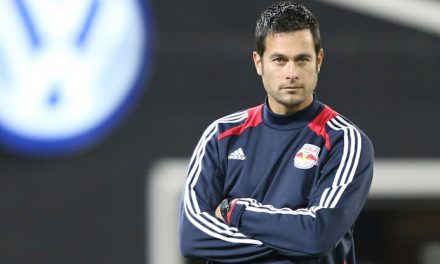