Sophomore Andrew Bennett netted the game-winner, the first goal of his Red Storm career, in the 11th minute. Brandon Knapp and Lucas Bartlett picked up assists.

Goalkeeper Luka Gavran was spectacular for the Red Storm (2-2-0), making four saves to record his second clean sheet of the season. Three of Gavran’s four stops were acrobatic efforts, as he punched blasts over the bar in the 20th and 33rd minutes before picking a ball out of the air with one hand off a deflection in the 55th minute.

Bennett scored in the 11th minute. Drew Rosen played the ball in from the right flank toward Knapp, who touched it to Bartlett down the side of the six-yard box. The graduate student sent a cross in front for Bennett, who absorbed contact from a Fordham defender and flicked it home with his left foot.

St. John’s will play the penultimate game of its homestand, welcoming Boston University to Belson Stadium Friday at 7 p.m. 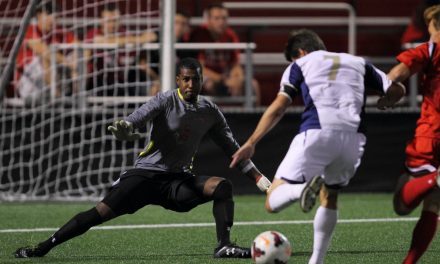