MIAMI – Concacaf and FIFA Monday confirmed the schedule for the September and October final round matches of the confederation’s qualifiers for the 2022 World Cup in Qatar.

The USA’s first game will be played in San Salvador, El Salvador Thursday, Sept. 2. Due to COVID-19 pandemic problems in the Central American nation, the country’s federation was looking for other venues in which to host, including the United States. FIFA turned down El Salvador’s request.

Following the conclusion of the first round of qualifying, where 30 Concacaf Member Associations competed in six groups of five teams, and the second round of qualifying, which included the six first round group winners facing off in three home and away matchups, Canada, El Salvador and Panama qualified to join Costa Rica, Honduras, Jamaica, Mexico and USA (top five ranked nations) in the final round.

For the final round (sometimes referred to as the Octagonal), the eight nations will play each other home and away during the FIFA match windows of September, October and November and January and March 2022. Each team will play 14 matches.

At the end of the final round, the top three finishers will qualify directly to Qatar 2022. The fourth-place team will advance to a FIFA Intercontinental Playoff, scheduled for June 2022. 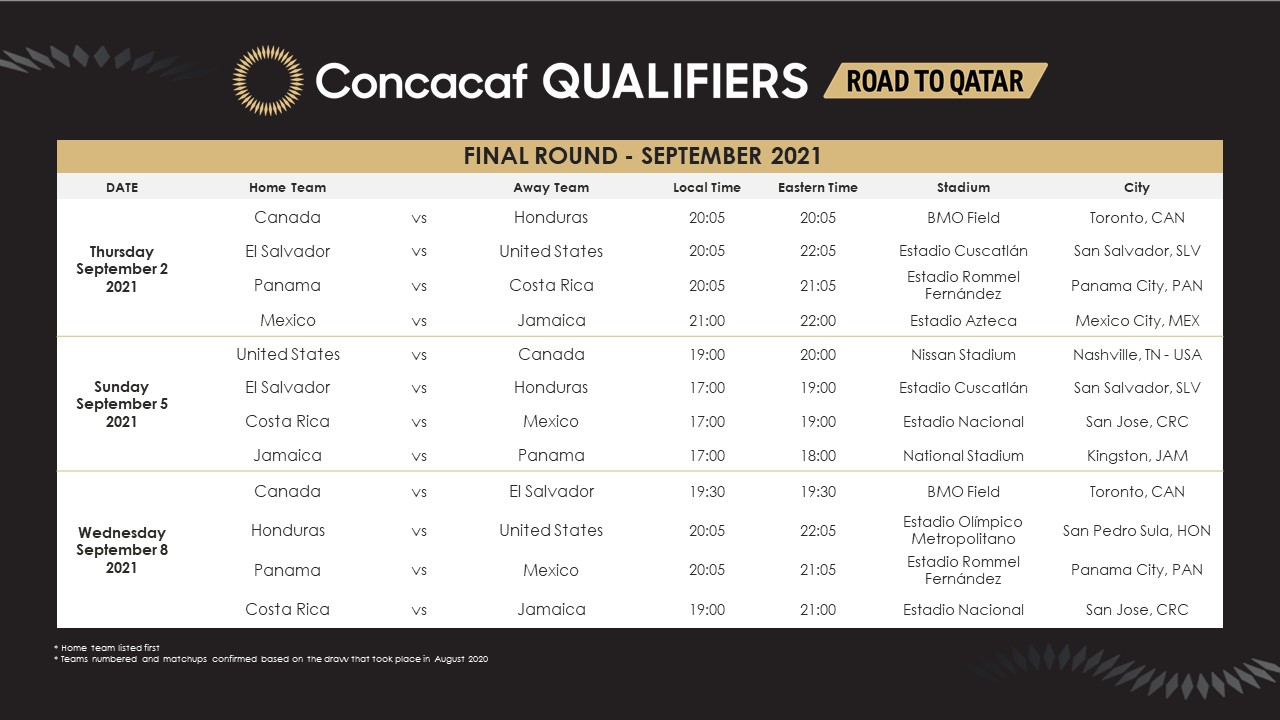 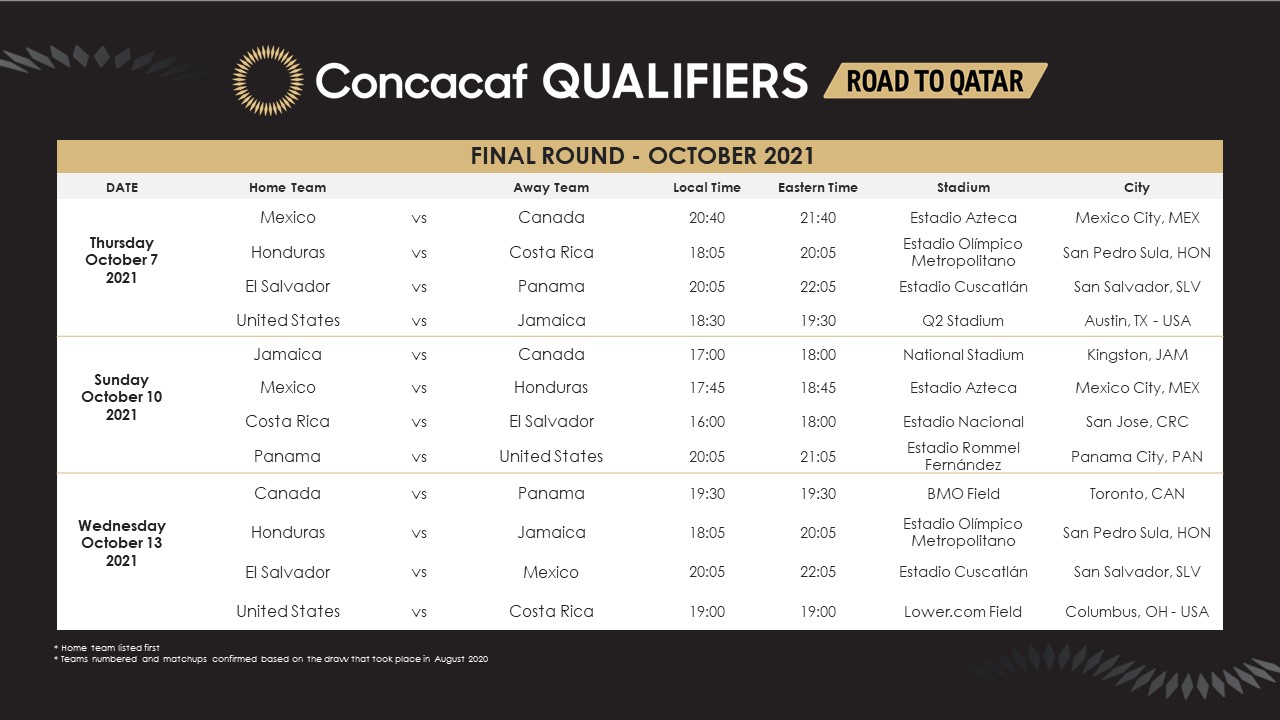 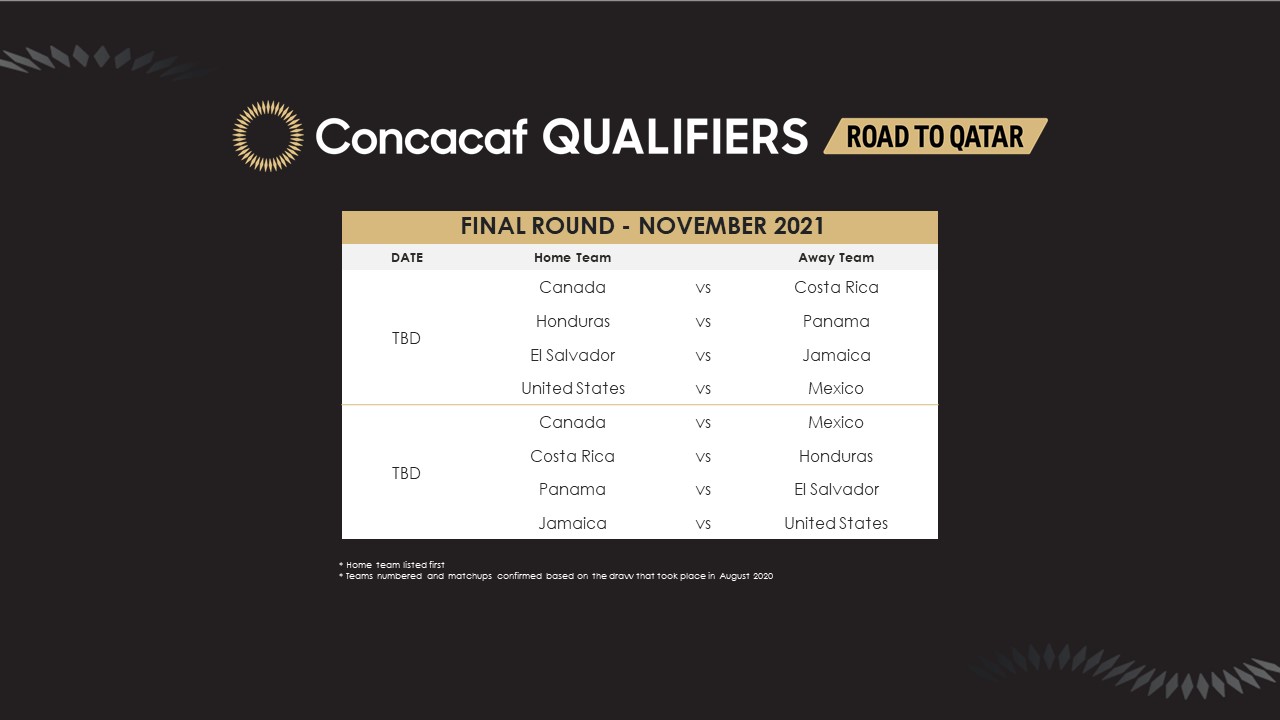 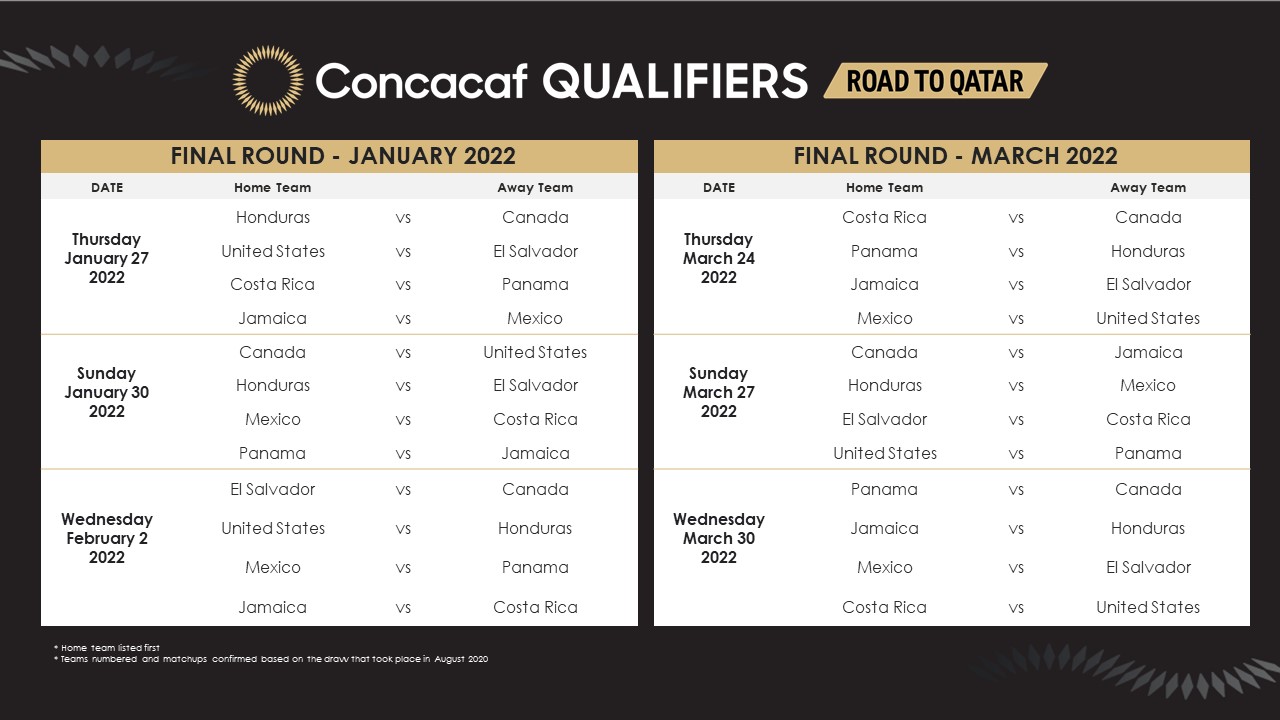 THE KIDS ARE ALL RIGHT: Young USMNT acquits itself well in scoreless draw vs. Wales

ORLANDO, IT IS: Canada to host Bermuda in WCQ March 25