LOOKING BACK: When Kemar Lawrence scored for Jamaica in upset of Mexico in the 2017 Gold Cup semifinals 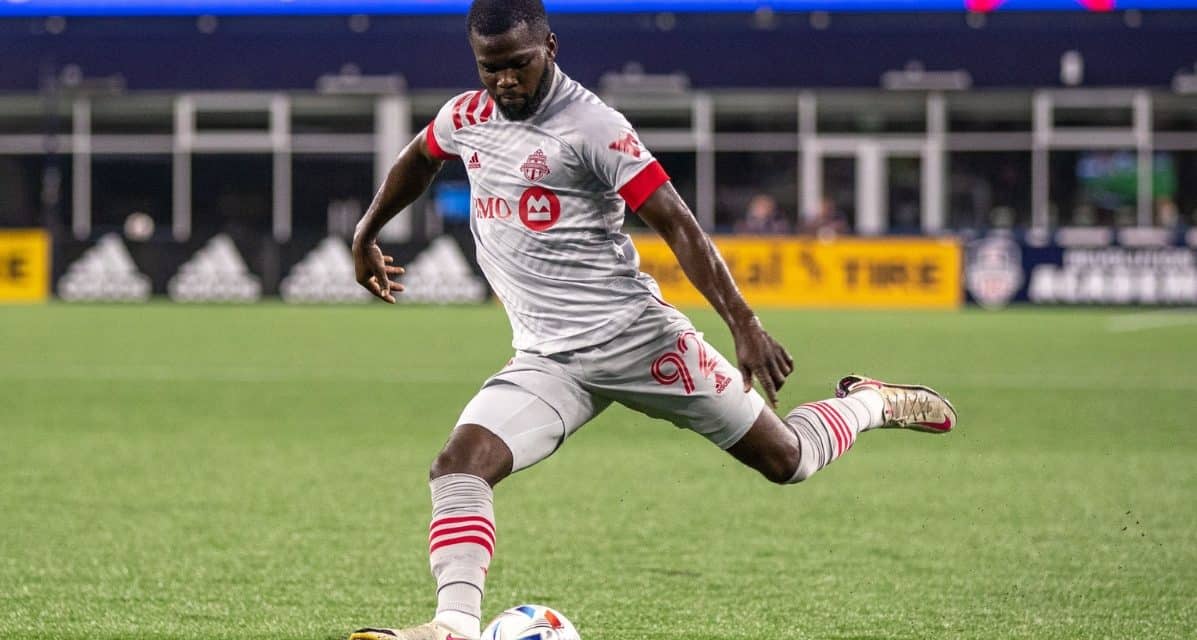 Kemar Lawrence, who currently plays for Toronto FC, scored a free kick for the ages against Mexico in 2017. (Paul Rutherford-USA TODAY Sports)

Midfielder Michael Binns was ready to attempt the 24-yard attempt in a scoreless game in the 88th minute at the Rose Bowl.

In the 86th minute of a scoreless match with the seven-time Gold Cup champions, Mexico’s Hugo Ayala fouled Binns two yards from the penalty arc.

Jamaican forward Owayne Gordon and Binns stood to the left and right of the ball, respectively, with the latter ready to take the free kick as Lawrence ambled up from his left back spot and a discussion ensued.

“We discussed who wanted to kick it,” he said. “I wanted to kick it, but a couple of guys felt confident. So as one of the team leaders you don’t want to kill anyone’s confidence. So I said all right. We’re going to allow Binns to take the free kick.”

Lawrence, however, had a divine intervention.

In a bit of gamesmanship, the Red Bulls left back repositioned the ball as a Mexican player protested.

“When I placed that ball down, I wasn’t thinking about the goal,” he said. “I was thinking about God. I simply asked him to carry this ball to where we wanted it to go and he did that.”

That’s when Lawrence launched a curling shot with his left foot over a four-man defensive wall into the top corner as goalkeeper Jesus Corona did not move a muscle.

The other goalkeeper, Jamaica’s Andre Blake, was well positioned some 80 yards away to watch history in the making.

“I had perfect view,” he said. “It was a great shot, a great moment. I’m very happy for the kid. He stepped up in a big moment when we needed someone to make a play for us. That’s great.”

After the ball nestled into the upper left corner, Lawrence, 24, pointed much higher, to the heavens. He was honoring his late grandmother, Norma Seymour, who passed away in March at the age of 60.

“After the goal that was all I could have thought about, my grandmother,” he said. “Just wish she was there to see that moment. After the goal, honestly, there were only two things on my mind: God and my grandma.

“Everything I am doing right now, in MLS, right here, I’m dedicating it to her. God first, always, but definitely to her.”

An emotional Kemar Lawrence became a logical Kemar Lawrence. As Mexico was preparing for a kickoff and an attempt at equalizing, the Boyz huddled together. They did a quick prayer before Lawrence spoke up.

“I also reminded the guys that the game is not finished yet and we need to see this game out,” he said, adding that he told his teammates: “We don’t want any cards to play right now.”

The Caribbean side played its cards right and left the stadium with a bit of history in the players’ back pockets.

If you’re counting, that was Lawrence’s third international goal in 35 appearances for Jamaica since 2013 and his second off a free kick. The first was in a 3-1 loss to Canada Sept. 9, 2014.

Asked if he had ever taken a free kick that perfectly placed, the man known as Taxi replied with a smile.

“I had a couple, had a couple. Right now, the timing on this one, right place, right around the wall. Fun feeling.”

Lawrence doesn’t take free kicks for the Red Bulls. Usually Sacha Kljestan and Felipe do the honors. He said that the team knows he can take free kicks, but the left back hasn’t attempt any yet.

“Jesse loves Sacha, that’s why,” Lawrence said with a laugh.

Then he became serious.

“I’m kidding,” he said. “Sacha is a really good free-kick taker and Felipe practices a lot. I see those guys kick so many every day and I am confident in those guys to take it. But I always tell them if they need a third one, I am there.”

Lawrence laughed again, but after his Sunday night heroics, it wouldn’t be a bad idea for the Red Bulls to call on the Jamaican once in a while.

“Especially on this team, the guys have a lot of confidence in me,” he said. “So every time I step up, they’re never going to say, ‘No Kemar, don’t take it.’ They’re always on me over the ball because they know I really practice on them. I try to put a lot into everything I do here. … I always try to do the best for the team.”

Lawrence’s cell phone was busy into Sunday night and Monday morning as he received plenty of congratulatory messages, texts and emails from friends and family.

It seemed that everyone was impressed but the defender.

“I don’t think I was flying high last night,” he said. “I said in the interview, all glory be to God because he deserves all of this.

“The guys had some laughter last night. That’s all over now. We know the goal at hand and we know what we want to do and we want to make history and there is only one way to do that and that’s beating the USA Wednesday.”

Jamaica meets the Americans at Levi’s Stadium in Santa Clara.

Does Kemar Lawrence have some magic left in his left foot to make some more Reggae Boyz history? We’ll just have to wait until Wednesday night. 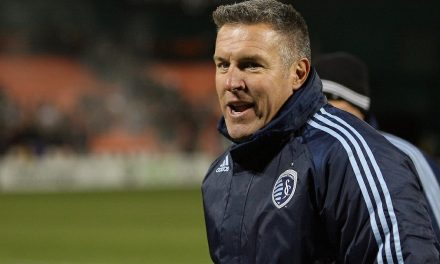 FOR THE BAHAMAS: Concacaf, UNICEF USA team up to raise awareness of hurricane’s impact