AND SO IT BEGINS: USMNT starts Gold Cup against Haiti Sunday

The U.S. men’s national team will begin its quest for a seventh confederation championship when it opens the Concacaf Gold Cup against Haiti in Kansas City, Kansas Sunday night.

Coverage from Children’s Mercy Park begins at 9 p.m. ET on FS1, Univision and TUDN. Fans can follow the USMNT during the tournament on Twitter (@USMNT), Instagram (@USMNT), Facebook and the official U.S. Soccer App.

Despite arriving in Kansas City with a roster that averages just under 25 years of age, the USMNT brings six players who have Gold Cup titles under their belts: Brad Guzan and Sean Johnson (2 each), Kellyn Acosta, Paul Arriola, Cristian Roldan, and Gyasi Zardes (1 each). Three more bring prior experience at the tournament: Reggie Cannon, Jonathan Lewis and Walker Zimmerman.

Midfielder Sebastian Lletget is the only USMNT player to appear in all 11 of the team’s matches over the last two calendar years and is tied for the team’s goal-scoring lead this year with three tallies.

“Haiti is an interesting team,” U.S. head coach Gregg Berhalter said. “I think they have a good team. I think they have good attacking players, physical attacking players. They’re really dangerous inside the penalty box on crosses. They’re not afraid to have direct play, get the ball to the big striker or move off for him. It will be a challenge. Athletic team, athletic in the back, athletic in midfield. We see this as a good test for us especially as an opening round game.

“You always want to be tested in these games and this is going to be one that’s certainly going to push us.”

Born and raised in Overland Park, Kan., forward Nicholas Gioacchini is returning home for the first time since the age of eight, when his family moved to Italy. After a spell in Maryland, the Gioacchinis moved back to Europe and Nicholas launched his pro soccer career with Paris FC in 2017 before moving to Caen, his current club, the following year. The forward made his international debut and scored his first two USA goals in the 6-2 win against Jamaica in November and now will look to make his mark during the Gold Cup group stage in his hometown.

Defender Reggie Cannon is fresh off of a big June with the USMNT, helping the team lift the Concacaf Nations League trophy and scoring his first international goal in the friendly against Costa Rica. After playing a key role for the USA during the 2019 Gold Cup, Cannon made the move overseas to Portuguese club Boavista and is confident that he’s raised his game as he aims for his second regional title of the summer. 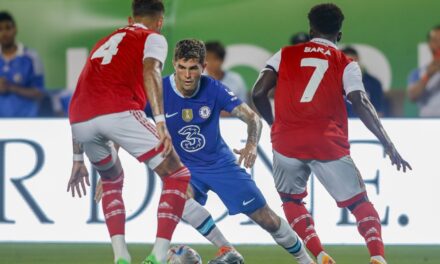 MAKING THE MOST OF HIS TIME: In rare start, Pulisic sets up winner for Chelsea in Champions League victory 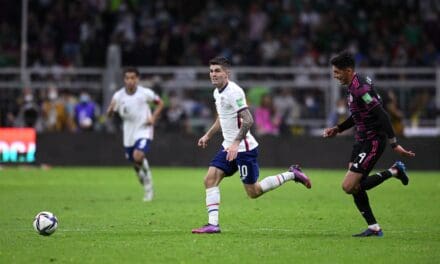 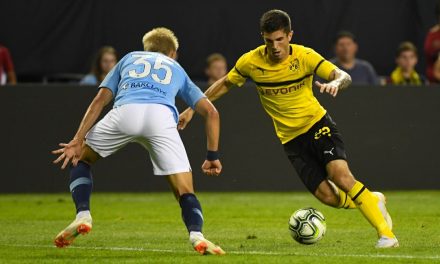 MAKING THEM PAY THE PENALTY: Pulisic sets up lone goal, a PK, in Dortmund win