“It is with deep sadness that we share longtime NISOA family member and legend Ken Andres has passed away,” NISOA said on Twitter. “We send our thoughts and condolences to Ken’s family during this difficult time.”

Andres was best known to the soccer community at a college-level, serving in many National Intercollegiate Soccer Official Association leadership roles and most recently as the NCAA secretary rules editor. His passion for soccer was a quintessential part of his life. He has been inducted into the Mercer County Hall of Fame, the Steinert High School Hall of Fame, Swarthmore College Hall of Fame and NISOA/National Soccer Hall of Fame. He also made time to volunteer as a kickers coach for the Widener University football team.

Born on Nov. 9, 1953, Andres graduated from Steinert High School, Swarthmore College and Capital Law School. Growing up in Hamilton Square, N.J., Andres played baseball, basketball and soccer as the later sport became his first love. He played fullback on the 1974 men’s soccer team that advanced to the NCAA Division III championship game and became the first program in Swarthmore history to compete for an NCAA title. The Garnet team placed second in the championship. Andres also played on the 1971 Steinert High School state championship team.

In his day job, Andres was a personal injury attorney who fought tirelessly for his clients. He was a founding and managing partner of Andres & Berger, active in the legal field as a president of the New Jersey Association for Justice and other elected positions. Andres was also an adjunct professor at Drexel Law University where he taught trial advocacy alongside Michael Berger, his law partner of 23 years and close friend. He has won multiple awards and accolades for his service to the legal community.

Andres enjoyed spending weekends on the Chesapeake sailing with his wife.

Predeceased by his parents, Kenneth G. Andres, Sr. and Joan Andres, Andres is survived by the love of his life and high school sweetheart, Karen Andres; his stepchildren, Abby (inspired by Ken’s passion for the law and hoping to further his legacy Abby recently graduated from law school), George, CJ (and Shalinka Carr) and Maggie (and Taylor Dearr); and his grandchildren, Jaela and Lincoln. Ken is also survived by his two brothers, David (and Maureen) Andres and Jeffrey Andres (and Joyce McGettigan).

In lieu of flowers, donations may be made in Ken’s honor to benefit his beloved alma mater soccer team at Swarthmore College. Gifts will support the Swarthmore Men’s Soccer Endowment. Please make gifts payable to Swarthmore College and mail to: Swarthmore College, Attn: Gift Records, 500 College Ave, Swarthmore, PA 19081. Please include Ken’s name on the memo line of the check. If you’d prefer to make your gift online, visit: 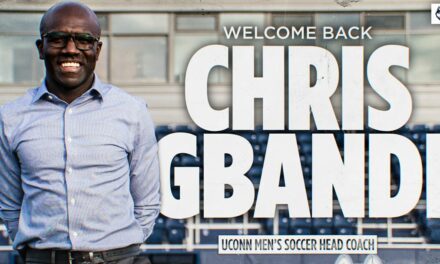