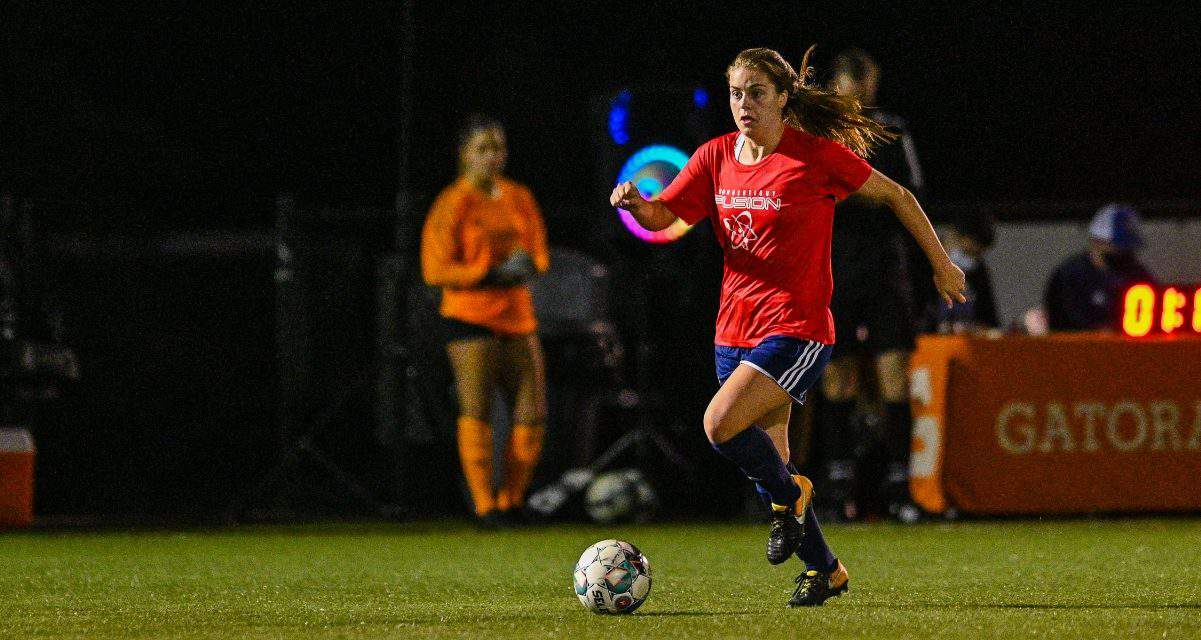 FARMINGTON, Conn. – On the strength of a two-goal, one-assist performance from Kacey Lawrence, the Connecticut Fusion picked up a 5-0 victory over the Rochester Lady Lancers at the Farmington Sports Arena Saturday night.

The Fusion (3-0-1, 10 points) sit in second place in the United Women’s Soccer East Conference, trailing expansion side FC Buffalo Women by just two points. Rochester fell to 0-4-0 and is one of two teams in the conference that are still searching for their first point of the 2021 season.

Coming off of a sluggish home performance against the New England Mutiny last weekend, which netted the Fusion a 2-2 draw, the hosts were looking for a quick start.

And that is exactly what they got. In the fourth minute, Lawrence won back possession from a loose throw-in, split two defenders and let loose a powerful right-footed effort from the top of the box that sailed over Rochester goalkeeper Makenzie Nolan into the back of the net.

Not more than five minutes after the first goal, Tori Sousa played an inch-perfect through ball from the center of the field into the path of Lawrence, who was taken down in the box for a penalty kick. Tiffany Weimer stepped up to and buried the spot kick, upping her season goal total to five.

The hosts’ lead grew to 3-0 in the 25th minute when the Rochester back line failed to clear a Chanel Johnson cross, which fell to Sousa at the edge of the area. The veteran striker hammered home a half-volley that landed just inside of the far post.

Connecticut increased iits lead two minutes into the second half. Weimer clipped a ball over the top to find an unrushing Sousa, who was quickly closed down by two Lancers defenders. She laid a pass to an open Lawrence on the right side of the box. Lawrence then rifled a shot past substitute keeper Taylor Gray, who replaced Nolan at the start of the second half.

Lawrence would turn from goal scorer to facilitator in the 59th minute when she teed up Johnson, who unloaded a right-footed shot off the left post and in from 15 yards to give the hosts their final goal.

Connecticut’s starting goalkeeper Allie Augur made one save in 60 minutes before turning the baton over to Amanda McQuillan, who didn’t have to make a save over the final 30 minutes. Both of Rochester’s keepers each made three saves in their 45-minute shifts.

The Fusion will hit the road for two matches next week, both of which could have major postseason implications. Connecticut will make the trek up to face Syracuse DA Friday, June 11 at 7 p.m. before heading south to face the Long Island Rough Riders on Sunday, June 13.

90 PERCENT CHANCE: That the Lancers will play in MASL 2 this winter 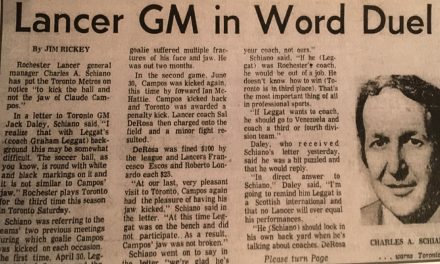 ADDING FUEL TO THE FIRE: A war of words between GMs helped move Rochester-Toronto rivalry to another level 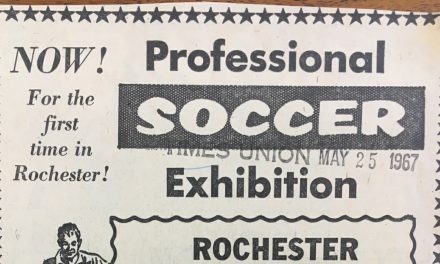 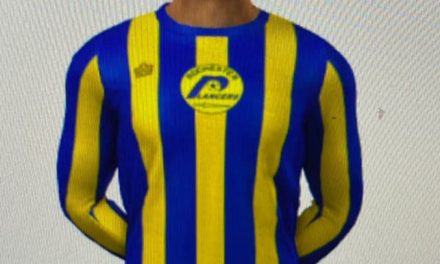 A NEW JERSEY FOR OLD TIMES: Lancers to honor 1970 championship team with throwback shirts for fans