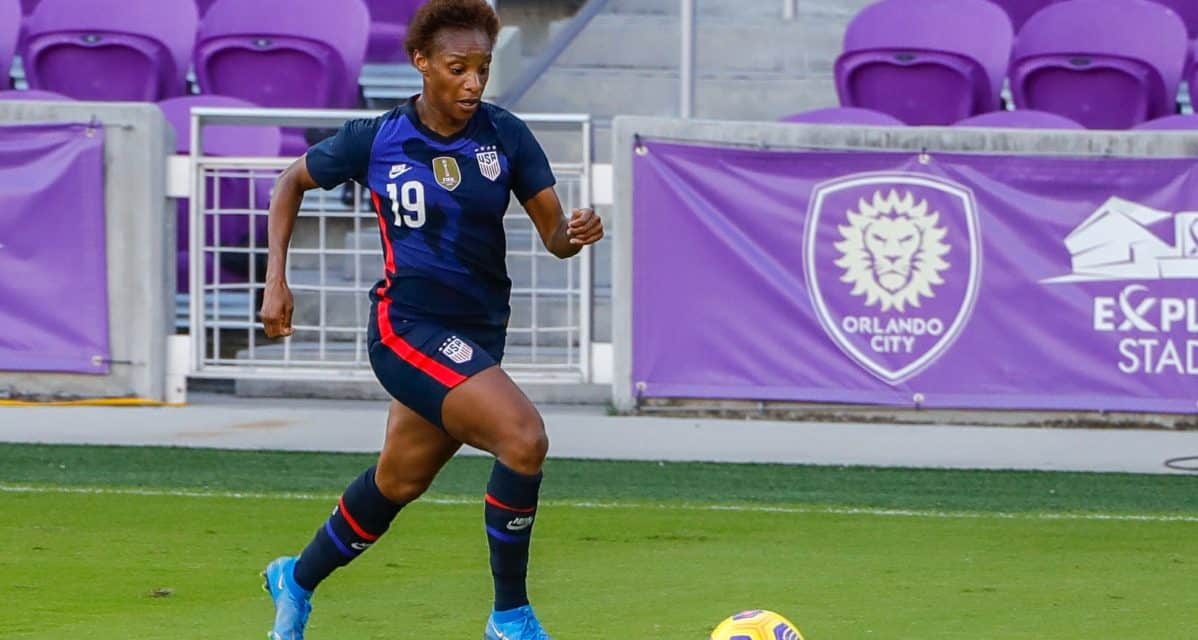 Crystal Dunn could not have timed her first goal of the season any better. (Mike Watters-USA TODAY Sports)

HARRISON, N.J. – Crystal Dunn made her homecoming to the metropolitan area a memorable one as she tallied the lone goal for Portland Thorns FC in its 1-0 victory over NJ/NY Gotham FC at Red Bull Arena Sunday afternoon.

Dunn, a Rockville Centre, N.Y. native, connected for her first goal as a member of the Thorns in the National Women’s Soccer League game that was played in rainy and dank conditions. The contest was a rematch of the NWSL Challenge Cup final last month, which Portland prevailed.

After taking a short pass from Meghan Klingenberg, the U.S. women’s international left back fired home a 22-yard blast from the left side of the penalty arc past goalkeeper Kailen Sheridan for what turned out to be the lone goal of the match.

We'll be watching this goal on repeat for a while. 🤤 #BAONPDX pic.twitter.com/uzJGMWkKP5

Goalkeeper Adrianna Franch made three saves for her second shutout this season.

In the opening two minutes, Sheridan was tested with dangerous headers from Sophia Smith and Lindsey Horan.

Midway through the first half, Gotham FC found itself on the counterattack, connecting a series of passes. Allie Long found Jennifer Cudjoe at the top of the box, as she took a shot that deflected out for a corner kick. Moments later, the visitors found themselves in the Gotham FC defensive zone with Smith taking on the defenders on the right-wing to find Dunn in the box. Her shot hit the right post.

Both teams got back on the attack in the second half with Gotham FC getting the best chances in the opening five minutes, sending several crosses into the area from both sides. The stalemate was broken in the 56th minute on Dunn’s goal.

Gotham FC answered with a counterattack, led by captain Carli Lloyd. Lloyd played a long pass to Paige Monaghan, who tried to put it on frame but was unable to get past Franch. On Portland’s immediate counter, Midge Purce intercepted a pass and dribbled the length of the field before playing a through ball to Lloyd, whose shot was high of the mark.

Portland nearly doubled the lead when Sheridan lost possession of the ball to Sophia Smith attempting to dribble out of pressure. Despite an open goal, Smith was not able to find the back of the net.

Gotham FC will host OL Reign Saturday, June 5, at 7 p.m. ET at Red Bull Arena. After the international break, the team will head to Exploria Stadium to take on the Orlando Pride Sunday, June 20, at 6 p.m. ET. 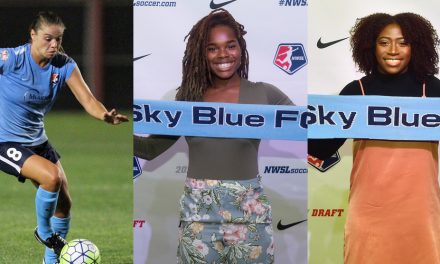 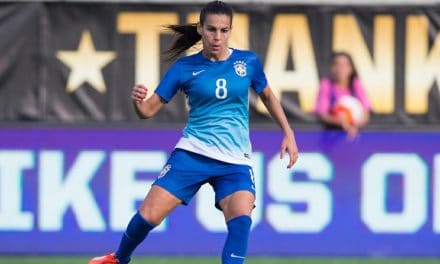 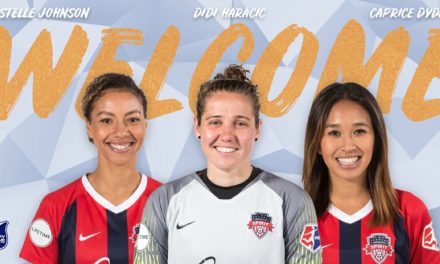