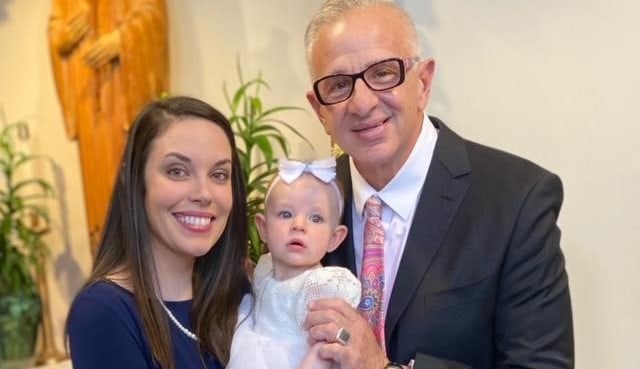 While she hasn’t scored a goal or stopped a shot on the field, the Rochester Lancers are losing someone that many observers would call their MVP the last eight years.

Ashley Maria King Solomianko, president of business operations of Salvatore’s Old Fashioned Pizzeria and the Lancers since 2013, is leaving the organization next month.

Solomianko is departing because her husband,  Dr. Marek Solomianko will graduate from medical school next week, and accepted a position at a St. Petersburg, Fla. hospital. He is scheduled to start July 1.

“I’ve been with my, my wonderful, wonderful husband for over 10 years now, so he’s been on this whole pizza-soccer venture with me from the get-go,” she said on the Soccer is a Kick in the Grass radio show Monday night. “He’s supported me every single day. Now it’s time for me to support him. He’s graduating from medical school next weekend. he’s going to be a full doctor so yes you can start calling me Mrs. Doctor.

“So, this is our next life’s chapter. He supported me all these years. Now it’s time for me to support him. We’re moving our beautiful 10 month old daughter down to Florida with us, with no friends, no family. I’ve never been there before, St Petersburg, Florida. I’ve heard it’s gorgeous, but we’re going to start our next chapter of our life. I’m excited to see where this next chapter brings us.” 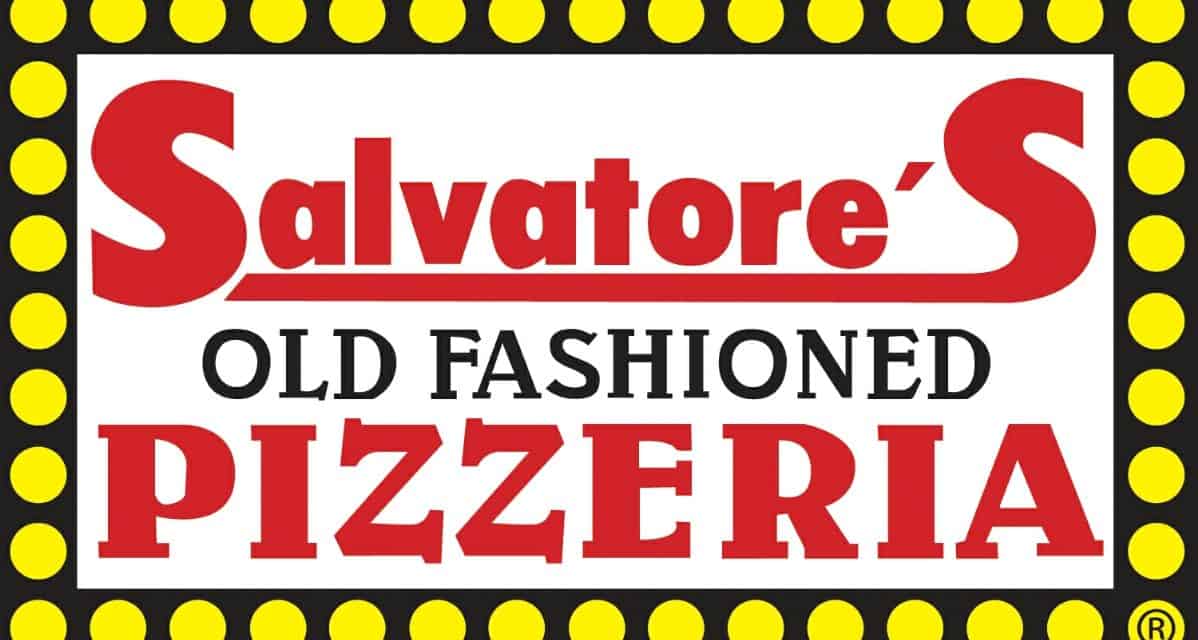 The queen of multi-tasking

On Monday night, Solomianko was honored by friends, co-workers and family at the Shadow Lake Golf and Racquet Club in Penfield, N.Y. in suburban Rochester.

“Ashley gave me eight years of her life,” Lancers and Salvatore’s Old Fashioned Pizzeria owner Salvatore “SoccerSam said. “She made Salvatore’s a better company. She made me a better person and employer. She brought women’s soccer back to Rochester with the Lady Lancers by herself and she gave me the greatest gift an employee can give an employer. I’m Malina Maria’s Godfather!”

Solomianko has become the queen of multi-tasking. She turned out to be the jack of all trades and master of most, if not all of them. Teaming up with Kayla Kent-Moreira, who is the Lancers Chief Financial Officer, the dynamic duo demonstrated how to get 24 hours of work done in only eight hours.

“I was trying to write down a little bit of everything that I’ve done over the past eight years I said, ‘Man, I could retire,’ ” she told co-hosts Andrew Battisti and Joe Sirianni on the radio show. “Everything that that’s happened over the past eight years that were that were bundled into this whole time I mean, it really looks like a life’s accomplishment. I mean, I’m ready to retire. Is Sam ready for me to retire? Probably not. He’s begging me to stay on, begging me so I can do some of the departments. I’m going to do what I can remotely from Florida to still help out at least in the transition with the whole fan to the family brands.”

Kent-Moreira is expected to take up many of Solomianko’s responsibilities in both organizations.

“She’s literally my best friend,” Kent-Moreira said in an interview last year. “We spend more time with each other than we do with our husbands. I mostly do Lancers and help her with Salvatore’s and she mostly does Salvatore’s and helps me with the Lancers. We’re always there to fill in or help out. It’s a perfect team, a perfect pair. We both care a lot about SoccerSam, we both care a lot about the Lancers, and she helps me in where I am lacking, maybe, or some of the things I am not good at and the same for her with Salvatore’s and the things that I fill in and the things I know how to do that she is lacking in. It really works well. We have no issues. Everything is just like we figure it out and get it done together. She is a blessing to have by my side as a co-worker. So, I’m super thankful for her every day for everything she does to help me and to be successful. She’s awesome.”

There was little doubt that Solomianko was the Lancers MVP off the field and sometimes on it as well.

Before games, Solomianko would put together a timeline with Kent-Moreira so everything would run on time.

A few years ago, she became the on-field voice of the Lancers, introducing the teams, players, dignitaries, honorary captains and sponsors while doing pre-game, halftime and post-game interview with players and coaches.

Solomianko admitted she had very little experience talking at live events. While in high school, she was an anchor of a morning news show that was taped.

“It also was very different because I was behind a camera. We pre-recorded it before school,” she said on Soccer is a Kick in the Grass. “So, it was nothing ever live.

“And when Sam one day just gave me that mike and said, ‘Get on the field.’ That was quite a scary moment. I had to go out there and talk up in front of everyone and, and I was so incredibly nervous. But with the encouragement of Soccer Sam, I’m just pushing you every single day to be a better version of myself. I kind of grew into this person. into this personality. This job has given me confidence, has given me personality and has given me a voice. It’s been incredible.”

A sweet and Sauer experience

Perhaps Solomianko was destined to be involved in soccer.

After all, she played soccer in youth league and in high school.

“Soccer has always surrounded me,” she said in an interview with FrontRowSoccer.com in 2020.

Her grandfather, Franz Sauer, made his mark first as a referee than as a referee assignor in the Rochester area. He worked the sideline of Rochester Lancers and Flash matches after arriving from Germany almost six decades ago before turning to the paperwork off the field.

“He would spend countless hours nightly assigning refs, rescheduling games, mailing out fines,” King said. “He did not retire until just a couple of years ago. I can’t find anyone in the local soccer community who doesn’t know Franz as a player, assigner, or the crazy German ref who gave them a red card.”

Sauer attended games of the original Lancers back in the day, was a Rochester Rhinos season ticket holder and is a regular at Lancers games — indoors and out.

“He is so proud of me and tells me all the time that life comes full circle,” King said. “He would ref and watch Lancers games in the 70s, and now his granddaughter is in the middle of the Lancers field announcing players. It is really special.”

Solomianko was inducted into the Lancers Indoor Wall of Fame in January 2020.

“I was very honored to be included,” she said at the time. “Our outdoor wall of fame highlights many influential Lancers players and staff from the 70’s that were pioneers of the game and the brand. It is odd to think of myself, 30-years-old and still working with the team, to be recognized on a “Wall of Fame.” So, I guess I was quite surprised, but very honored. SoccerSam [Fantauzzo, team owner] does such a tremendous job of showing appreciation to those who are loyal to him and his brands, so it does not come to a surprise to me that he wanted to recognize all the people that helped him start and grow his indoor soccer franchise. But it does surprise me that I was included.”

But not to SoccerSam, who has praised Solomianko and Kent-Moreira publicly on the radio, saying that each of them do the work of 10 people. He wasn’t kidding, given their many responsibilities. “Ashley runs all my companies and her love for the game makes this a fun hobby for her,” he said. “She prepares all aspects of our game day party.”

Solomianko has appreciated those compliments. “Sam is amazing at showing appreciation and respect to those who are loyal to him,” she said. “Kayla and I have Sam’s back, and he knows it. We are like a family, and I wouldn’t have it any other way.”

As it turned out, Solomianko started out with the Lancers after graduating SUNY Geneseo with a business and marketing degree. Fa

“He didn’t care about any of my marketing or business qualifications, extracurriculars or skills on my resume,” King said. “He saw that I used to have a part-time job selling merchandise at concerts and arena events. He needed someone to run merchandise for his indoor soccer team and hired me on the spot to do so. So, I started with the Lancers just selling merchandise, I would be given a budget and would purchase t-shirts, sweatshirts, knick-knacks, etc. and sell them at the games at the Blue Cross Arena.”

Solomianko began helping at Fantauzzo’s office, taking on more roles before eventually running all aspects of the company, and of course, the Lancers.

“It has been extremely rewarding, being a part of soccer and restaurant history in Rochester,” she said. “I have learned so much in so many different business aspects. I have grown as an individual into a more confident and stronger person. I owe who I am to this job.”

Since she has been with the Lancers since Day One, Solomianko has seen it all. So, she has many great memories over the past decade. She had three main ones.

“My first real memorable moment was one game at the Blue Cross Arena many years ago,” she said last year. “It was one of our higher attendance games. I took a break from my merch stand and just stood up in the corner of the arena, looking down at all of the people in the seats who were there to see our product, to experience our party. Kids jumping up and down, music blasting, fans dancing. I just had this overwhelming warmth grow through my body, a sense of accomplishment and pride. In that moment, I knew I loved my job and that I was right where I was supposed to be.”

Solomianko and the Lancers did not have such a warm feeling when the team got stranded in the Midwest due inclement weather. Their flights back home got cancelled, but their luggage wound up home in Rochester.

“We had to stop at an outlet mall to get everyone clothes,” she said. “It was the most comical trip, but logistically a nightmare. Finding hotels and restaurants that could take so many people in unexpectedly. It was also negative 15 degrees, plus wind. Days passed with no way to get to Rochester, and our next weekend away trip was coming up. So, we all rented vans and drove to Milwaukee [for a game]. Literally, a two-day trip turned to 10 days. But it was so much fun, and a trip I don’t think any of us will ever forget.” 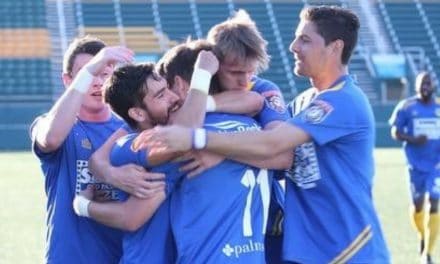