TEXAS = JAPAN: Why the USWNT is using the Lone Star State to prep for Olympics

There is a method to the U.S. women’s national team’s preparation for the Tokyo Olympics.

They are making sure no stone is left unturned before they kick off the competition against archrival Sweden July 21.

In fact, the USA is so determined to win its fourth gold medal at the Summer Games that the team will play its Summer Series next month as close to the conditions of a humid and hot Japan.

“Part of the reason why we’re in Texas is because the heat and humidity is almost identical [to] Tokyo,” USWNT head coach Vlatko Andonovski said during a media Zoom call Tuesday afternoon. “So, for us it’s extremely important that we acclimate as much as possible before we go to Tokyo.

“Also, it’s important for us to see how the players, manage their bodies, not just with the heat and humidity, but also with the three games that replicate the group stage of the Olympics, and for the staff to run a test lab, on how we’re going to manage personnel, and how are we going to periodized the training and the maintenance for the players.”

The USWNT starts the series against Portugal in Houston June 10 before hosting Jamaica in the same city June 13. The Americans finish the series against Nigeria in Austin June 17. The games simulate the group stage of the Summer Games.

Andonovski said that 95 percent of the players and staff that will be in Texas have been “vaccinated with at least with one vaccine or fully vaccinated” for COVID-19.

“I’m not surprised if the number grows by the Olympics,” he added. 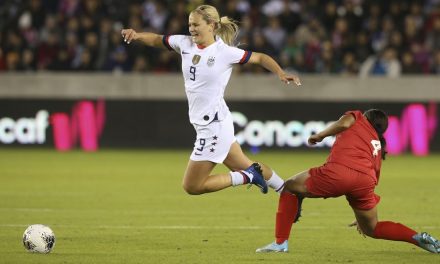 EIGHT WAS ENOUGH: Horan connects for hat-trick in USWNT’s rout of Panama

REACHING THE SUMMIT: SheBelieves event to be held in LA and virtually 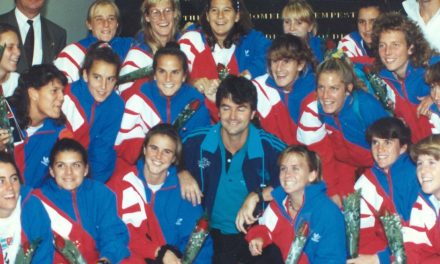 ON TOP OF THE WORLD: 31 years ago today, the USWNT captured the 1st Women’s World Cup