Former members of the Cosmos expressed sorrow when they learned about the death of teammate Rildo.

“Hearing Rildo’s name has always brought a smile to my face. Not today,” goalkeeper Shep Messing said. “I spent a whole season with him as my left back on the Cosmos- begging him always to get back. But as soon as the whistle would blow for the game to start- Rildo would look at me, smile… and race forward to get into the attack. A fantastic player and a great friend.”

Rildo played with Pele on three teams – Santos, the Brazilian national team and of course, the Cosmos.

“So sad about Rildo’s passing,” one-time Cosmos captain Werner Roth said. “He was only with us for a short time but during perhaps our most important season, Pele’s final season 1977, and helped us win the championship. He came to us at the recommendation of Pele and Carlos Alberto, pretty high references in the world of football.”

The left back’s presence and joy for the game and life was felt even by members of the front office.

“Rilldo was a really lively character, lots of fun to be around,” former Cosmos public relations director Jim Trecker said.  “He had a knack of keeping everybody loose and was a much craftier player than I think many people gave him credit for. He fit in so easily to the Cosmos galaxy and was a gentleman to deal with always.”

He competed for Brazil at the 1966 World Cup, accruing 38 appearances and one goal – in a 3-1 loss to Portugal in the 1966 World Cup – for the national side from 1963-69. He helped the South American side qualify for the 1970 World Cup but was sidelined by a knee injury (Brazil won its third World Cup in four tries over 12 years).

“It is with deep consternation that the CBF received the news of the death of Rildo, ex-lateral of the Brazilian team and of great clubs of our soccer,” the Brazilian Soccer Confederation said in a statement.

Born as Rildo da Costa Menezes on Jan. 23, 1942, he grew up in northern Brazil in the province of Pernambuco. Rildo was the youngest of eight children (three brothers and four sisters).

When he was 12, Rildo was “discovered” by a scout and brought the young player into the team’s “farm system.”

“He [the scout] asked me if I want to play for a pro team,” Rildo told the San Bernardino County Sun in 1990. “I was 12 years sold. ‘Oh yeah, I would enjoy that.’ The club pays for your food, for school. I talked to my mother and she says that I should join the club.”

He made his Cosmos debut in a 6-0 home win over the Toronto Metros-Croatia at Giants Stadium on June 5, 1977. The talented Brazilian made 12 appearances with the club, recording an assist.

“Rildo was famous in Brazil because it’s not uncommon there to be both very skillful and very tough,” former Cosmos head coach Prof. Julio Mazzei told the Herald-News in 1977. “Rildo is an extrovert. He plays to the fans and he’s a team leader. He is well known for his high cross passes.”

He also helped his teammates as former New York Daily News sportswriter Lawrie Mifflin can attest. When the Cosmos left a training session in Osaka to catch a flight to Tokyo, many young fans ran alongside the team bus trying to get Pele’s autograph. Rildo complied, Mifflin reported as he hung out of the bus window and passed sheets of paper back and forth. One young man followed the bus on a motorcycle and at a red light, Rildo got him Pele’s signature.

While playing for the Force, Rildo gave an inkling that he wanted to coach.

“I enjoy helping the younger players,” he was quoted by The Akron Beacon Journal in 1979. “And I think I can be valuable on defense. You know in soccer, a good defender has to have intelligence and good ball control. That comes with experience and I’ve been playing world class soccer since I was 17.”

The passion never went away.

Even though he was near the end of his career then, Rildo told the newspaper with a smile, “soccer is still in my blood.” 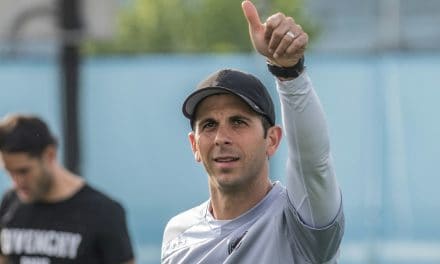 THE NEW SEASON: Mendes on the playoffs: ‘Now everything is wiped clean’ 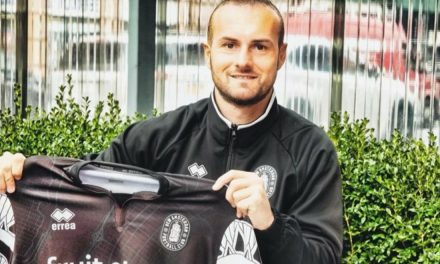 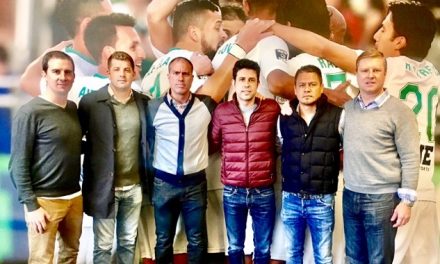