WAIT TIL THIS YEAR: Gotham FC falls to Portland in Challenge Cup final via PKs 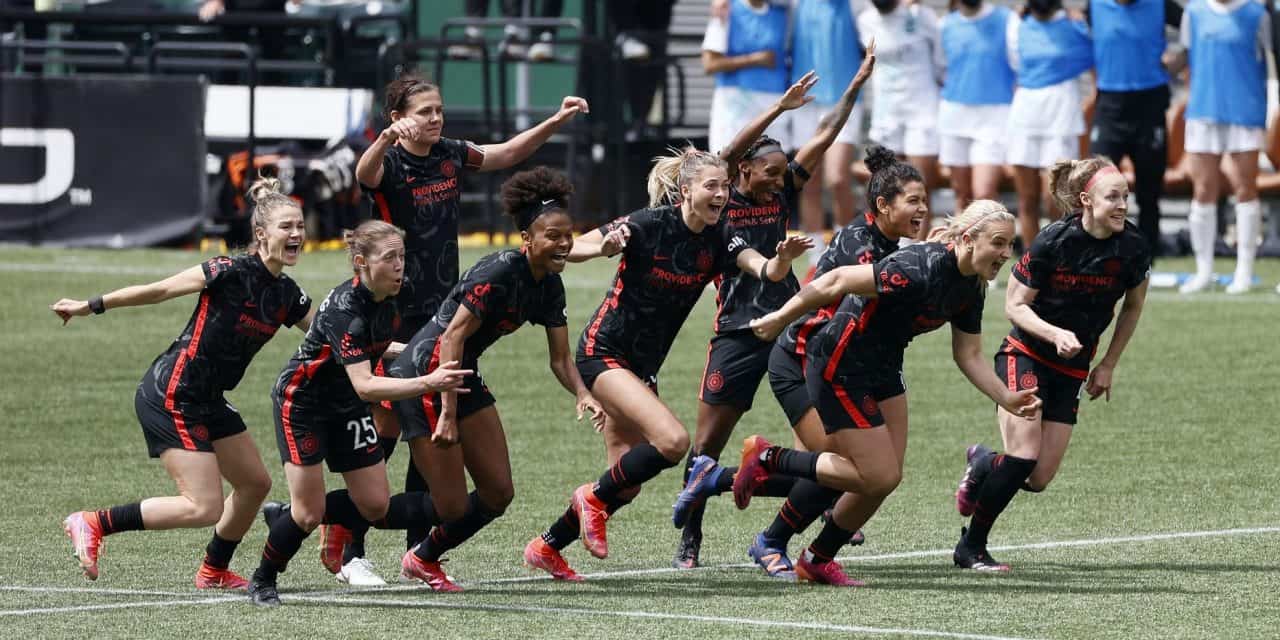 The team dropped a 6-5 shootout decision to the Portland Thorns after the teams played to a 1-1 draw in regulation in the NWSL Challenge Cup final Saturday.

“Before we went out there I looked at AD,” Thorns defender Meghan Klingenberg said. “She smiled and said ‘I’ve got one in me’. I’m glad she got to do what she does best. When I get to watch AD do her thing on the biggest stage, it makes me proud. My heart is really full, because I know and see all the work that she, Nadine [Angerer], and all the goalkeepers put in. That work is for times like this.”

Rocky Rodríguez, Tyler Lussi, Lindsey Horan, Simone Charley and Christine Sinclair also put in their penalty attempts for the Thorns, who finished the preseason tournament with a 3-0-2 mark. Gotham FC fell to 2-1-2.

“It’s disappointing to lose on penalties, but I’m really proud of this group,” Lloyd said. “We came into this Challenge Cup wanting to win and everyone gave it everything they had, from the players on the field to the bench. I think what’s special about this group is that we haven’t even tapped into our true potential. This is a learning experience in a sense, and I want to encourage everyone on our team to take the field and know that we can go at any team, no matter who they are. We showed what we’re about and we have to continue to build off of that.”

Sinclair’s second goal of the tournament, a shot from the top of the penalty arc in the eighth minute gave the hosts an eighth-minute lead.

After picking up a loose ball in the midfield, Sinclair drove forward and fired her shot into the lower left corner.

She became the NWSL’s active leader with 60 career goals. North Carolina’s Lynn Williams has 59. Sinclair, a Canadian international, holds the record for most career international goals, among men or women, with 186.

Sinclair has scored five goals and added two assists in 15 career matches across all competitions against Gotham FC.

Gotham broke through in the 60th minute on a header from U.S. international Carli Lloyd, who tallied her second goal of the competition. Imani Dorsey dribbled down the left wing and delivered a cross into the box to Lloyd, whose header was redirected into the back of the net.

“We knew it was going to be a tight and competitive game,” Gotham FC head coach Freya Coombe said. “I said yesterday that we’d see who got through this tight match, and unfortunately it wasn’t us today. I’m proud of the team for weathering the storm and making it a game at the end, and this is motivation for the season.”

Broadcast nationally on CBS, the game had an early start at 10 a.m. OT. Oregon Gov. Kate Brown reduced the state’s COVID-19 threat level in the county and about 4,000 spectators attended the game.

Gotham FC will have another opportunity to win its first title since its rebranding as he NWSL regular season kicks off next week.