THE GRADUATE: Aviza to play her final season of eligibility with St. John’s women

Aviza, who will play alongside her sister Isabelle Aviza, will be eligible for one season with the Red Storm.

During her four years with the Orange, Aviza started all 59 games that she played in. Aviza, who was named the team’s 2020 captain, is coming off her senior campaign as she netted the second career goal against the University of Virginia Nov. 1.

As a junior, Aviza started 16 games, recording the second most points on the team (four). The Medway, Mass. native recorded her first career goal in game-winning fashion against Siena College. Aviza also assited on two goals in 2019.

As a freshman, Aviza was one of five players to start all 17 matches one of two rookies to do so. She helped the backline tally eight shutouts.

Aviza is a three-time Dean’s List selection, and was most recently named to the 2020 Fall Athletic Director’s Honor Roll. 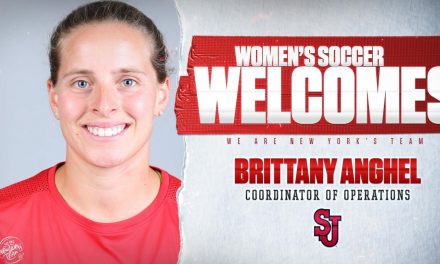