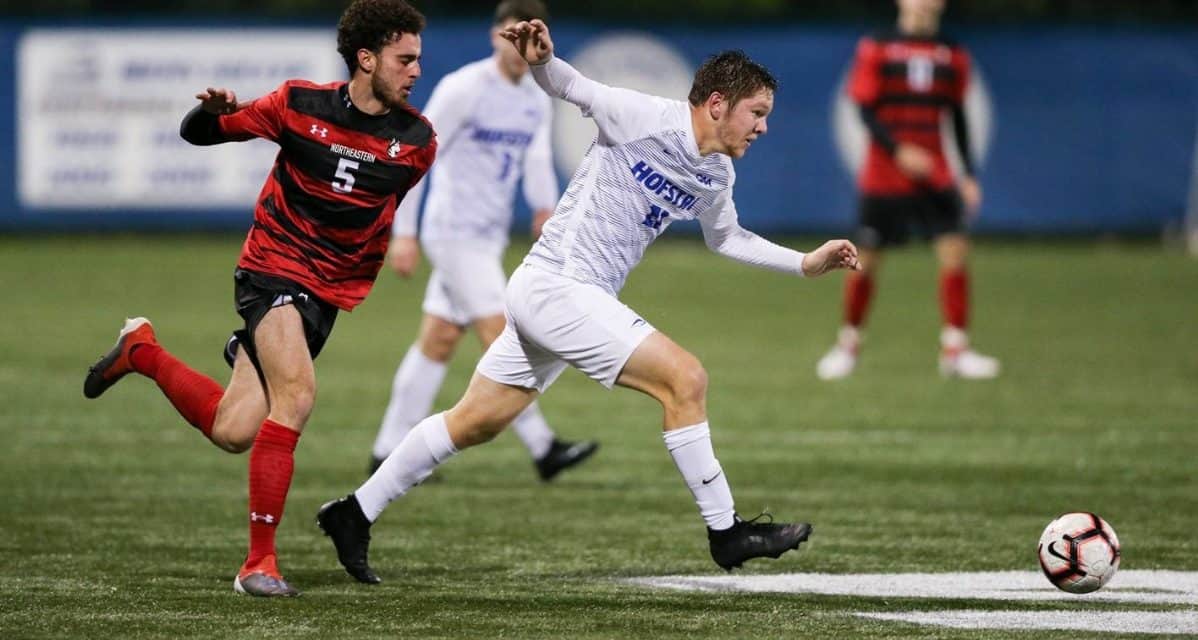 Matt Vowinkel earned CAA honors for the third season in a row. (Photo courtesy of Hofstra)

HEMPSTEAD, N.Y. – The Hofstra University men placed four student-athletes on the All-Colonial Athletic Association teams it was announced Thursday by the league office.

The CAA’s nine head coaches voted on the awards.

Vowinkel earned CAA honors for the third consecutive season and is making his second consecutive appearance on the first team. The New Hyde Park, N.Y. native leads the team in scoring with five goals and three assists for 13 points, his third season as Hofstra’s top scorer. A MLS SuperDraft selection by FC Cincinnati, Vowinkel has scored 28 career goals to rank seventh all-time at Hofstra. He ranks sixth among active players in NCAA Division I with 26 goals. Vowinkel is tied for second in the CAA in goals, tied for third in assists, tied for fourth in assists per game (0.38) and ranks third in points and points per game (1.63).

O’Malley has anchored a Hofstra defense that has allowed 1.38 goals per game. The Harrow, England native made third appearance on an CAA team. O’Malley, one of Hofstra’s captains, was a second team selection in 2019 and an all-rookie pick in 2017. While he is a key piece of the Pride defensive line, O’Malley and has recorded two assists.

Strongin is making his first appearance on the CAA team. One of the top assist men in the CAA the past two seasons, Strongin led the league with seven assists in 2019 and is tied for third this season with three. He is also tied for fourth in assists per game (0.38). A Hicksville, N.Y. native Strongin has 15 career assists to rank 10th all-time at Hofstra. He also ranks 29th among active players in assists.

Carmichael made an immediate impact in his first season at Hofstra. The Armagh, Northern Ireland native ranks second on the team in scoring with four goals and eight points. He is fourth in the CAA in goals and tied for fourth in goals per game (0.50). Carmichael is the top freshman scorer in the CAA this season.

PAYING THE PENALTIES: Hofstra men lose in CAA semis in a shootout

KICKING OFF ON THE ROAD: Hofstra men start at PSU, Maryland