FRUSTRATING, BUT OPTIMISTIC: NYCFC CEO Sims on the long, challenging process of finding a stadium

Admitting that the stadium process was “definitely frustrating,” New York City CEO Brad Sims wouldn’t put a time frame as to when a new venue for the Major League Soccer could be built in New York City.

NYCFC has called Yankee Stadium home since it began as an MLS expansion team in 2015 as it begins its seventh season at the storied ballpark. That has left City’s scheduled at the mercy of the Yankees. At least seven and as many as nine league matches could be played at Red Bull Arena, across the Hudson River in Harrison, N.J. at the home of the rival Red Bulls.

“It’s definitely frustrating,” Sims said during a media conference call with the media. “I’m probably less [frustrated] … than many of our fans. It’s been a long challenging process.”

Sims is starting his third season as club CEO.

“It has been hard, maybe a little harder than I was expecting,” he said.

NYCFC needs to jump through many hoops, some that could be called narrow ones, others that can be flaming ones, given the challenges that the city gives any team that wants to build a stadium. Add the fact that there is very little land available in the five boroughs and you’ve got a perfect storm of confusion and delays.

“This is not a process overall that is controlled by the club,” Sims said. “It’s really controlled by the community and there’s various layers there between community boards, community leaders, borough, the city, elected, city council, all the different local elected officials. In some cases, the state.

“It’s about how do we work with all these community leaders and elected officials to try and make sure that we have a, an alignment and a shared vision for the overall project.”

Sims said stressed that the project was not “just a soccer specific stadium but it’s a much larger multi-use project and making sure that it’s going to be a great project for the community.”

Translated: don’t hold your breath for a stadium any time soon. After the team finds land on which to build a stadium, it will take about 18 months before it is approved, Sims said.

“We fully anticipate and expect to go through the public approval process in New York City, which once you get into it is about an 18-month process or so,” he added. “And we can’t get into it until really two things happen. One is that the land assembled for the project and two, we have alignment and full support for from the community leaders and local elected officials.”

Sims indicated he was optimistic that the club is dotting all the t’s and crossing all the i’s and following the process in the correct manner.

“I think we’re moving in the right direction,” he said. “We were making positive progress in both those areas, but it’s just long and it’s hard. We’ve never been more optimistic that we can and will be successful but it’s a challenge. This is not on our time frame or timetable. … It has been involved will continue to be driven by the community.”

The NYCFC CEO has been through sports venues development before as he has been involved in the fifth stadium-arena project of his career.

When he was executive vice president, franchise operations and chief revenue officer of the Cleveland Cavaliers of the NBA from 2012-219, he remembered how long an arena project took – 11 years.

“All of them are hard and all of them have taken time,” he said. “My last one in Cleveland with the Cavaliers where we did a transformation project similar to what was done here in New York with Madison Square Garden, and that was an 11-year kind of journey in Cleveland, which is a much less complex, real estate market than New York is.”

TAKING ON THE BEST: NYCFC to hold tourney to play vs. eSports player Holly 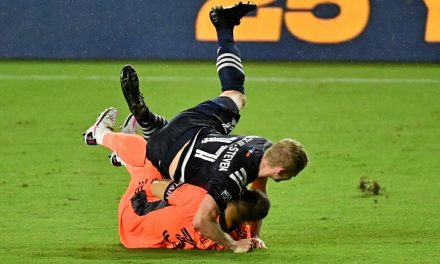 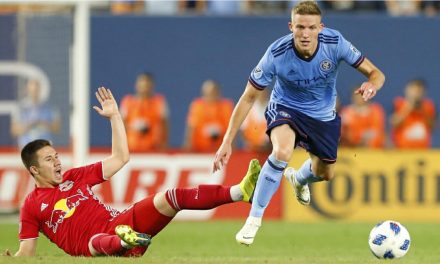 BRING IT ON: Ring likes NYCFC’s momentum entering the 1st leg vs. Atlanta