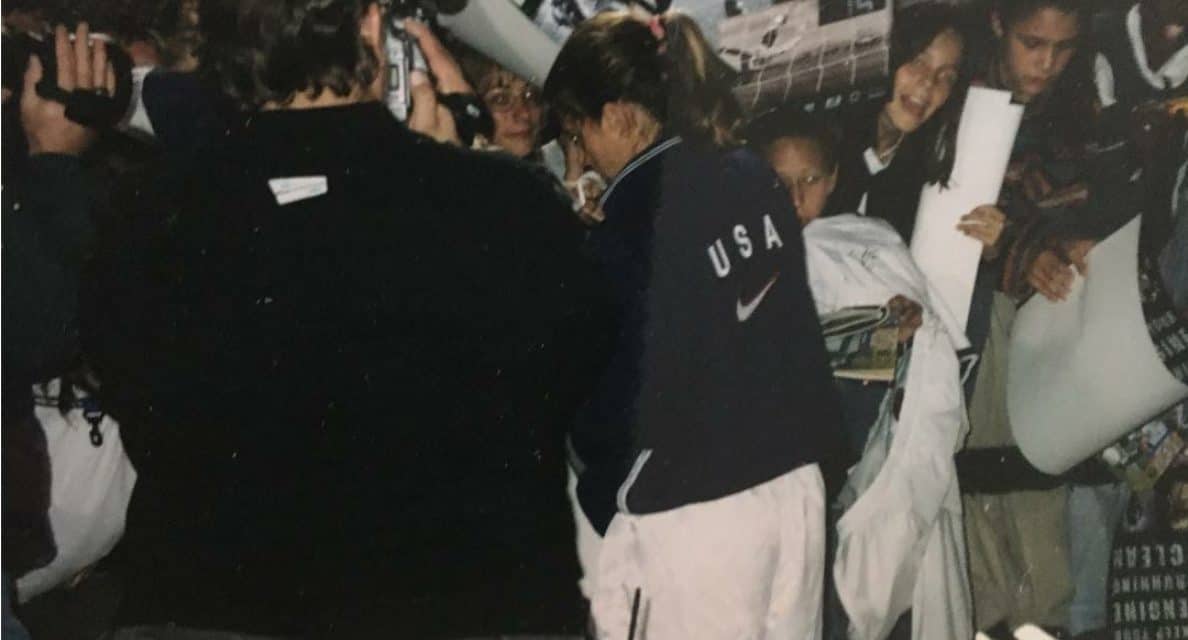 ROCHESTER, N.Y. — After scoring 101 goals, you would think that Mia Hamm would have gotten her goal celebration down pat. But when the extraordinary Hamm cracked the barrier on Sept. 18, 1998 her celebration was rather ordinary.

“Julie [Foudy] was trying to tell me to get this funny dance or do something,” Hamm said. “I didn’t know what to do. So, I just ran around in circles.”

That just about might be the only weakness when Hamm steps onto the soccer field. She can score goals. She can create goals. She also can play a little defense. And, in a pinch, Hamm can play some goal. But having Hamm in the net instead of trying to fill it would be a gross waste of talent.

In the U.S.’s 4-0 victory over Russia in the U.S. Women’s Cup, Hamm that Friday night joined one of the most exclusive clubs for a soccer player: The 100-goal club. Pele never did it (he finished with 90 international goals). Neither did some other great goal scorers, including Germany’s Gerd Mueller, England’s Gary Lineker or Argentina’s Diego Maradona.

“I don’t know if people understand what a remarkable accomplishment that is,” Foudy said. “A double century. That’s phenomenal.” 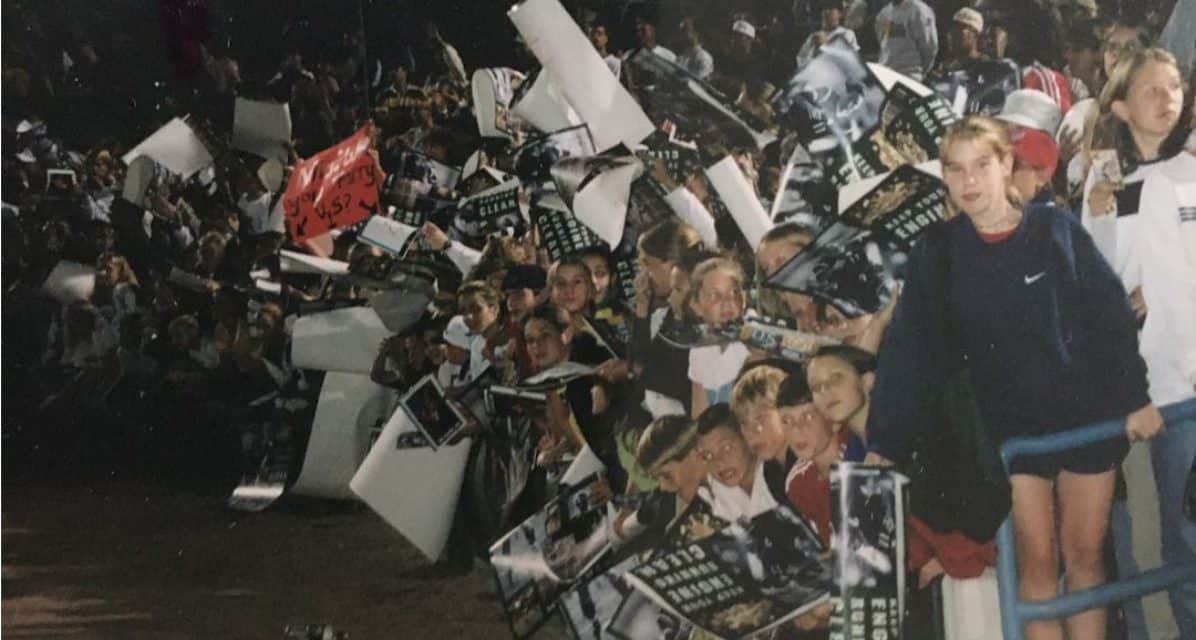 There was great anticipation among the younger crowd at Frontier Field waiting for Mia Hamm to sign autographs. (Michael Lewis/FrontRowSoccer.com Photo)

Hamm has only eight goals to go to break the mark, but Hamm will have to wait a while because the U.S. team isn’t scheduled to play again until December, at the very earliest.

But Hamm is special, not because she is an incredible goal-scoring machine, but rather because of her overall abilities and the fact she is a team player.

Not only can she score goals, she can create them as well. While assists aren’t an official record by FIFA, soccer’s world governing body, Hamm has registered 76 assists, which could very well be a worldwide women’s record.

Because of her speed and ability to shift quickly, opponents have to give her some room when she whisks down the right wing with the ball. If you play Hamm tight, she will suddenly turn to her left toward the goal, not particularly a pleasing thought for goalkeepers. If you give her respect and some extra room, Hamm might be forced into crossing the ball to another teammate. It’s the lesser of two evils because no one on the talented American side can score goals like Hamm these days, not even Michelle Akers or Kristine Lilly, a pair of proven goal scorers at the international level.

Ronaldo makes millions of dollars for his goal-scoring prowess with Inter Milan in Italy and for the Brazilian national team. Hamm? There is no professional women’s league in the U.S., at least not yet, so she makes a living off her national team salary, endorsements and appearances.

“If she was a man, she would definitely be going neck-to-neck with Mr. Ronaldo,” Duarte said.

How good is Hamm? Take, for example, how the U.S. scored its first goal against Russia. Given some space, Hamm powered a right-wing cross that Tiffeny Milbrett fired home from eight yards in the 35th minute.

“It symbolizes what the team is all about,” Milbrett said. “She lays it across for an easy, easy goal.”

Hamm finally made some history and joined the 100 club in the 35th minute on a seven-yard blast off a Milbrett cross from the left wing. Russian defender Marina Dikareva mishandled the ball and Hamm pounced on it and quickly converted for a 3-0 American advantage.

“One of their defensive players came out after me and I just cracked it,” Hamm said. 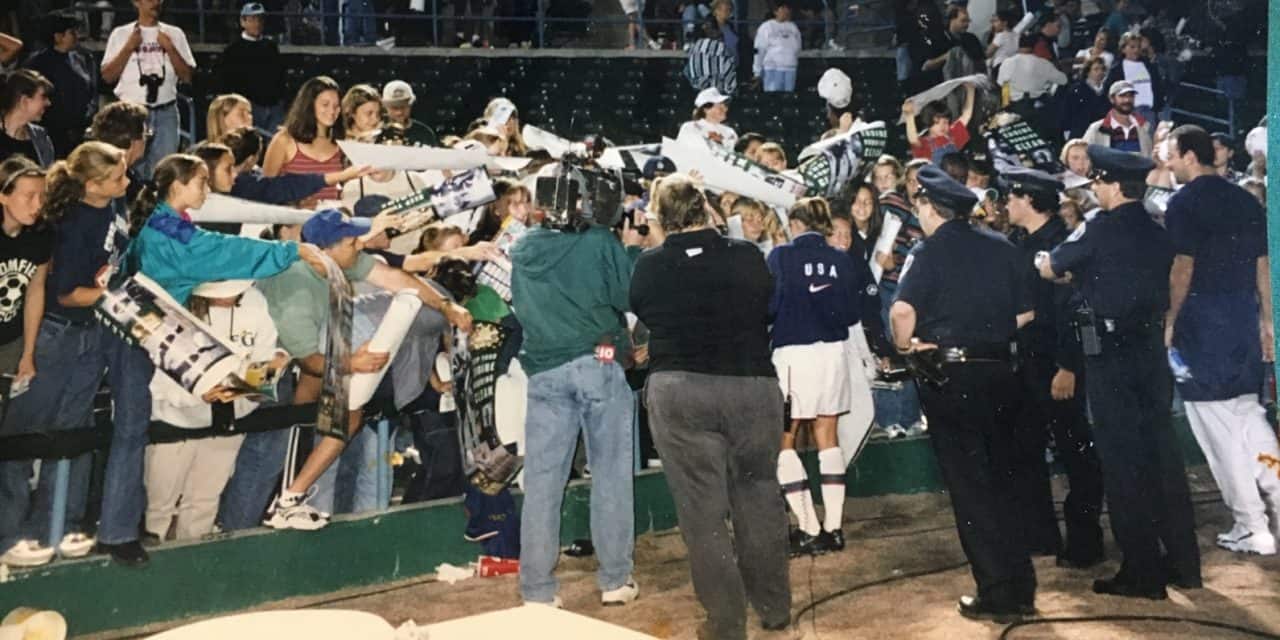 The game was stopped and the entire U.S. bench, including coach Tony DiCicco, raced onto the field to congratulate Hamm, who held the ball in the air in front of a delirious crowd of 13,125 at Frontier Field. In most situations, reserve players and coaches aren’t allowed on the field. A yellow card, and sometimes a red one is punishment.

“It was good,” DiCicco said. “She didn’t have to wait too long. There wasn’t a lot of pressure built up on her. You know how you guys are with milestones. It’s great she got it on a sweet goal.”

There seems to be a lot of those sweet goals.

“I’m fortunate to watch a highlight reel every time she plays,” DiCicco said. “Then again, she could have had a hat-trick. I pulled off her tonight. She knows why. I need her for Sunday [against Brazil in the final game in Richmond]. There’s no use wasting her legs.

“Mia is fun to coach and fun to watch.”

The fans got into it big time. Dan Bell, a 24-year-old fan from suburban Rochester, realizing history was going to be made, made a sign similar to what has been used at National League parks during the great home run chase. It read:

Hamm started her journey toward 200 in the 45th minute just before halftime, heading in a six-yard shot off a Milbrett feed. Hamm emphatically pumped both her arms in celebration.

“I don’t score a lot of goals with my head,” she said. “That’s probably why I got excited.”

But she seemingly is always using her head.

Milbrett, who scored the first two goals in the game, has recorded 46 goals in 100 appearances over five years. Not too shabby. But she marveled at Hamm’s amazing accomplishments.

“One hundred goals are an incredible amount of goals,” she said. “You look at Mia’s statistics, she gets three or four goals a game over 10 games. To me it’s unmatchable.”

At one time Akers, the hero of the U.S.’s World Cup triumph in 1991, was the queen of all goal scorers, the key person in the U.S. attack whom everyone thought would crack the 100-goal barrier first. But due to Akers’ health problems, that has all changed. Akers has 98 goals and is expected to hit the century mark soon.

Hamm’s situation is scary. Of course, she got a head start, making her international debut as a 15-year-old in 1987 — as the youngest American ever to play at that level — although she didn’t score her first goal until 1990, against U.S. archrival Norway.

Today, she’s only 26-year-old and is in her prime. She has showed no signs of slowing down with 20 goals and 20 assists in 23 games this year. By the time she retires, Hamm could be called the bicentennial player with 200 goals and 200 caps. She plans to play through the Women’s World Cup next year and the 2000 Summer Olympics in Sydney.

After that who knows?

To her, every goal is special. “I’ve had a couple that I really kind of enjoyed,” Hamm said. “They’re all special because they are all the work of the team.”

Asked what she was going to do with the ball, Hamm stopped for a couple of seconds, thought about the question and then replied, “I’ll keep it. I’ll try to preserve it as much as I can. Maybe I’ll throw it in my soccer bag.”

No, no, no. Don’t do that! Give it to the National Soccer Hall of Fame. Give it to charity for an auction. Or, better yet, give it to me. I promise I won’t sell it. I’ll put it in my personal soccer museum.

And why not? It’s a piece of history as Mia Hamm is a piece of living history, even if she has to work a bit on her goal celebrations. 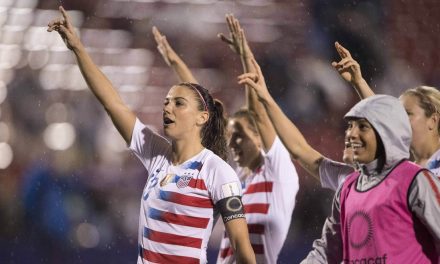 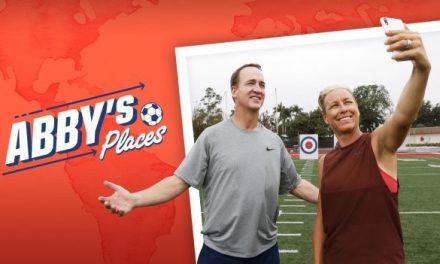 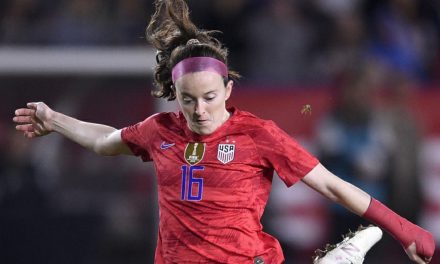 THAT SCORE IS FAMILIAR: After not playing for 261 days, USWNT beat Dutch again, 2-0