MAN OF THE MATCH: No goals or assists, but Pulisic enjoys dominant performance in Chelsea win Given an opportunity to start, Christian Pulisic made the most of his opportunity for Chelsea Sunday.

While the U.S. men’s national team midfielder did not score or figure directly in any of the goals for the Blues in their 2-0 victory over Sheffield United in the FA Cup quarterfinals, he was the most influential figure at Stamford Bridge in London.

Pulisic, who assisted on Chelsea’s insurance goal in stoppage time in its 2-0 win over Atletico Madrid in the UEFA Champions League Wednesday, did have a couple of close encounters that would have made life a bit easier for the home side Sunday.

His best opportunity came in the 42nd minute. Pulisic went one-on-one with goalkeeper Aaron Ramsdale three minutes after a defensive error but his close-range chance was saved. Only two minutes into the second half, he worked his way into the penalty area via some nice moves, only to see Ramsdale save his effort. The rebound went to Pulisic, who couldn’t control the ball.

“They didn’t make it easy on us,” Pulisic was quoted by the Chelsea website. “We knew they had quality and we had to suffer a bit in the second half, but it was another clean sheet and a good performance. We knew it was going to be uncomfortable with a bit of pressure, but we had to be strong and defend so in the end I was happy.

“They are a good defensive side as well. I had a few chances myself that I could have done better with but in the end we got the two goals. It was a good result. We have a confident bunch of guys and when you go on a streak like this you feel good, you feel like we can beat anyone, so it is a good feeling.”

As it turns out, Pulisic will meet up with a familiar face in the FA Cup semifinals as Chelsea faces Manchester City on the weekend of April 17-18. In a rare start Saturday, goalkeeper Zack Steffen recorded a clean sheet as City eliminated Everton in its semifinal encounter Liverpool. Steffen has been a backup keeper for most of the season. 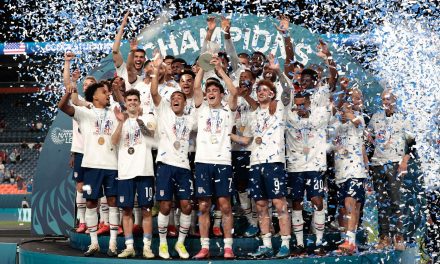 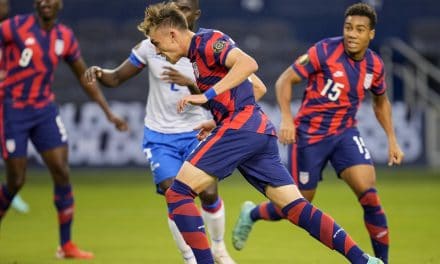 GETTING BY: USMNT edges Haiti in Gold Cup opener, 1-0