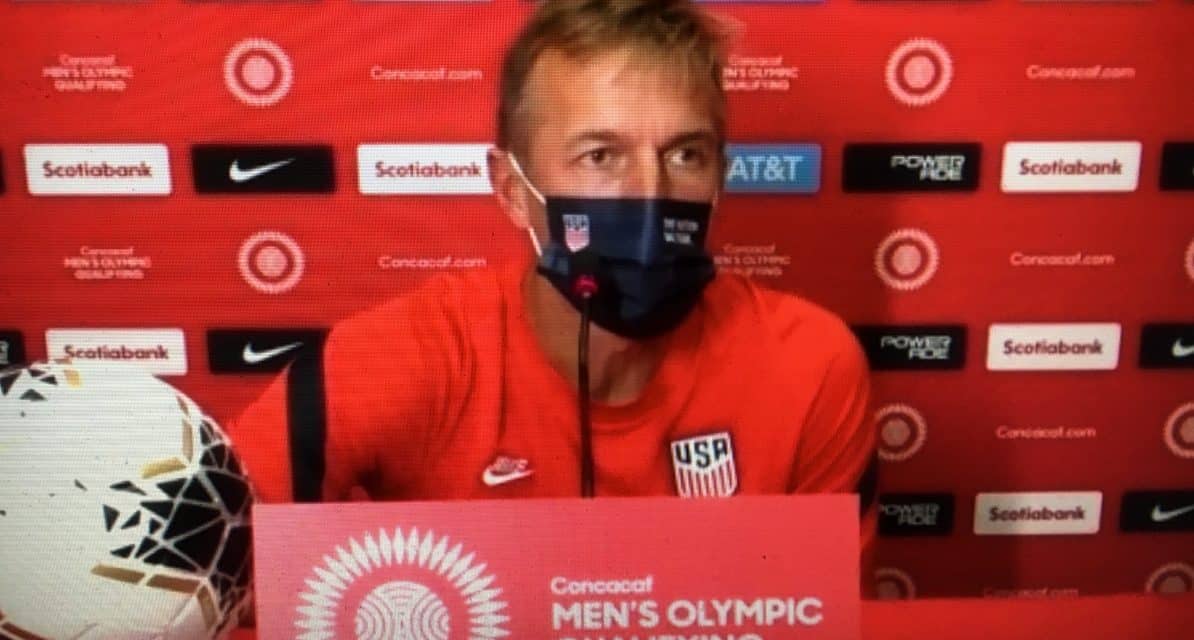 Jason Kreis: “We have a hungry group that wants to get another one tomorrow night and do it in a much better fashion.” (FrontRowSoccer.com Photo)

With one vital win under its belt at the Concacaf Men’s Olympic Qualifying Championship, the United States has some unfinished business.

The Americans need to play better and secure another three points against the Dominican Republic Sunday night toward their goal of booking a spot at the 2020 Tokyo Olympics.

The USA recorded an uneven 1-0 win over Costa Rica in its Group A opener in Guadalajara, Mexico Thursday night.

“I think we’re in a good spot,” USA head coach Jason Kreis said during a Saturday Zoom call with the media. “We’re really, really pleased with the result, really pleased to win our first game in the group. It was a big objective for our team in this tournament, but also I think we were left wanting more. The entire team knows, the staff knows that we could have done good to play better. It’s our objective to not only win games but in a certain way. I don’t think that we completed everything that we wanted to in that game.

“We have a hungry group that wants to get another one tomorrow night and do it in a much better fashion.”

The U.S. is in second place in the group behind Mexico, 4-1 winners over the Dominican Republic Thursday, by goal differential. The top two finishers in each group will qualify for the semifinals. The semifinal winners will book a spot at the Tokyo Olympics this summer.

Prior to the tournament Kreis talked about the probability of rotating players so they could keep in optimum shape because there are only two days of rest between games.

“We’re considering all options, there’s no doubt about it,” he said. “We feel that we’ve got extremely deep team with a ton of experience. I wouldn’t see any reason why we couldn’t have the majority of these players contributing for us, either in this game or the next game. So, three games in a week for players that are at the fitness levels that we’re [having] preseason basically, I think would be a lot to ask so yeah, we are considering some rotations.”

Jesus Ferreria, who tallied the lone goal Thursday, left the field hobbling when he was replaced by Sebastian Soto in the 67th minute.

Kreis said the FC Dallas forward was OK and that he had a muscle cramp.

“We had a couple of players that that were in the same situation as Jesus, where their muscles were cramping,” he said. “This is due to a little bit of dehydration. I think a lot of a lot to do with altitude and a lot to do with the fact that it’s all of these players first game in a very long time. As I said before the game we’re not quite match fit yet, but we’re hoping to continue to build that fitness and build that soccer form as we move forward in this tournament.” 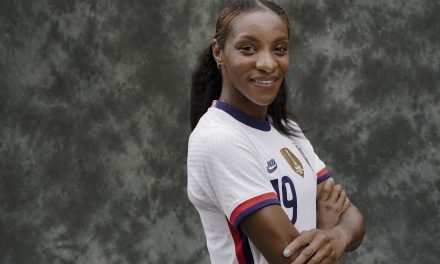 A NO GO IN DOHA: Rising tensions forces USMNT to cancel Qatar camp