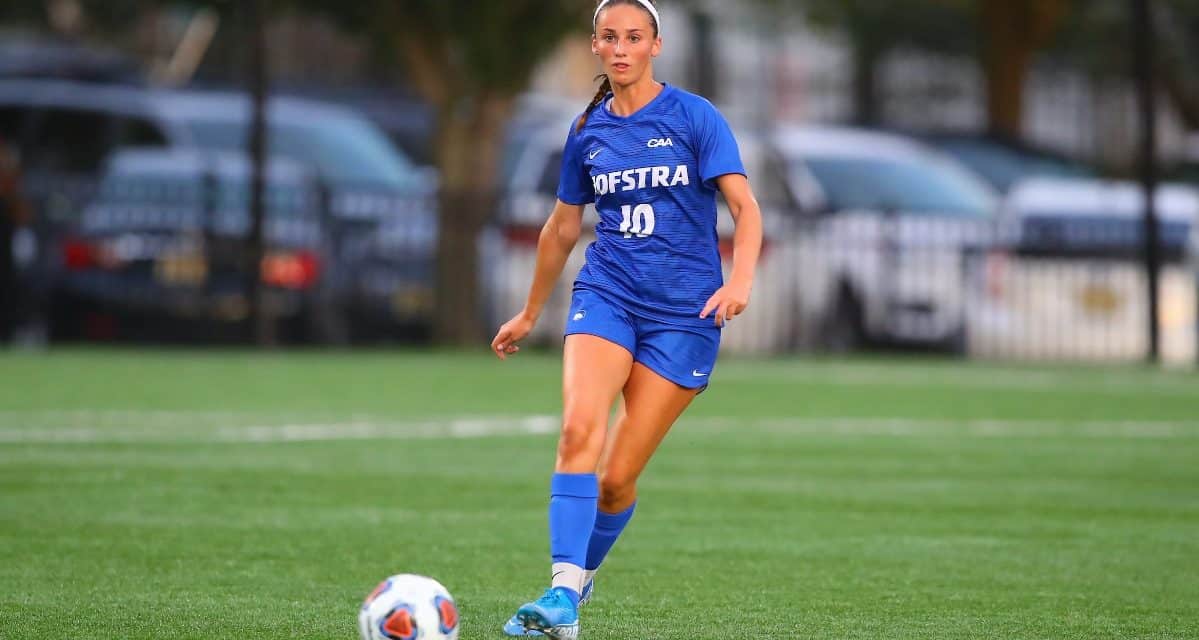 Lucy Porter scored both her goals off headers. (Photo courtesy of Hofstra)

Senior Amanda Ebbesson passed the ball out wide to freshman Julie Lind, who connected with Porter for the win.

Porter scored both her goals on a header. It was her third multi-goal performance out of the last four matches.

She 37 career goals and moves into fourth in program history in that category, surpassing Suzanne Newell, who had 36 from 1994-97. Porter also moved closer to third iplace n program in history in points (88). She needs one more to tie with Newell.

The first half went scoreless before Hofstra found the back of the net off a corner kick when senior Sabrina Bryan passed it short to junior Miri Taylor who found Porter. The Eagles leveled the match at 1-1 shortly thereafter.

This event is closed to the public. No tickets will be sold. Live stats and video will be available on GoHofstra.com free of charge.

A DELIGHTFUL DOZEN: Hofstra men add 12 players for the fall