The Legends Cup will be held in Chattanooga, Tenn. from April 13-25.

New Amersterdam FC will participate in the competition.

Following the spring season, at the end of June in Keyworth Stadium in Detroit, the 2021 Legends Cup champion will play the spring season champion Wednesday, June 30, for the right to play 2020 fall champion Detroit City FC for the 2020-2021 NISA Championship.

Broadcast details will be announced later this month.

NISA clubs will play in three groups during the Legends Cup: 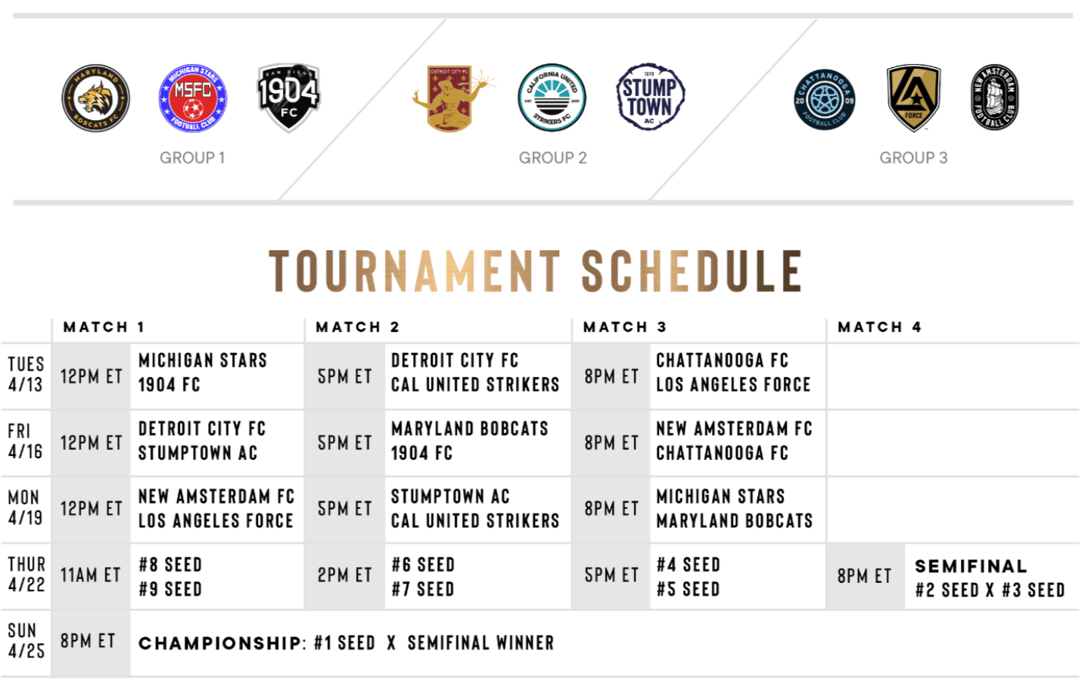 IN, LIKE FLINT: Genesee F.C. to play in Flint, Mich. in UWS