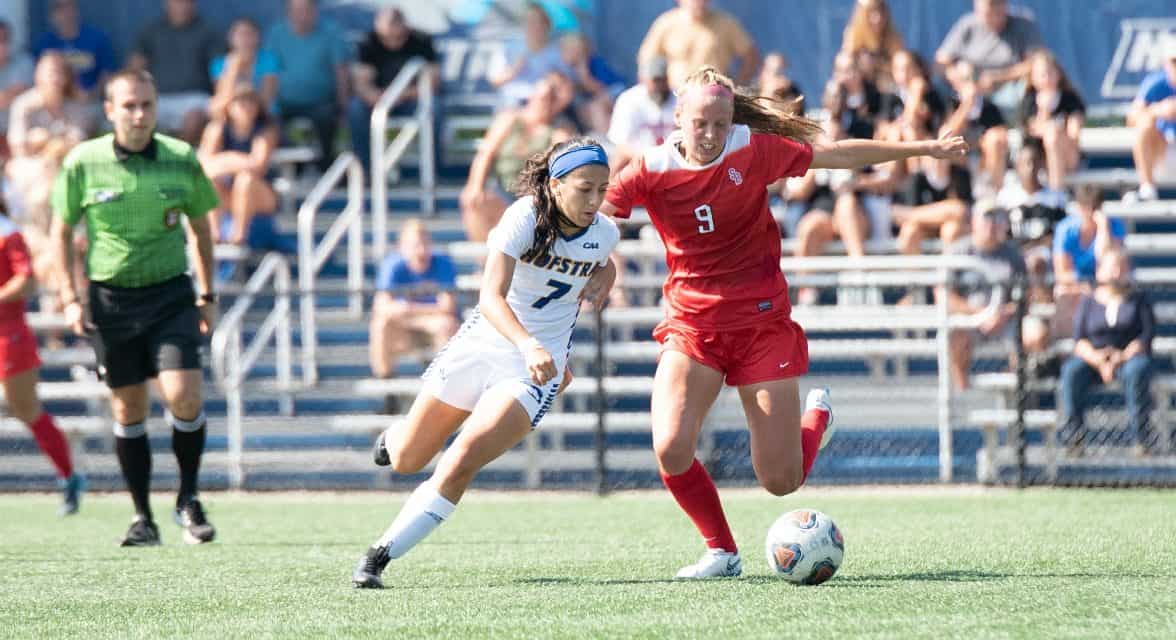 Sabrina Bryan has picked up where she left off last year. (Photo courtesy of Hofstra)

Bryan tallied one goal and two assists in a 4-0 victory over the University at Albany March 3. Her left-footed goal from 25 yards out gave Hofstra a 3-0 lead and it was featured as the No. 8 play on ESPN’s SportsCenter Top-10 plays that evening.

It was Bryan’s third consecutive game with three or more points for Hofstra. On the season, Bryan has three goals and five assists for 11 points to lead the team. Bryan continues to climb the Hofstra record books as well as she is seventh in program history in career goals (29) and seventh in points (79).

Bryan is the third CAA weekly award winner for the Hofstra women this season. Lucy Porter was named the CAA offensive player of the week and Louise Hayden was the CAA rookie of the week Feb. 22.

The Pride returns to action after a 10-day break for its CAA opener at Drexel University Saturday, March 13 at 4 p.m.