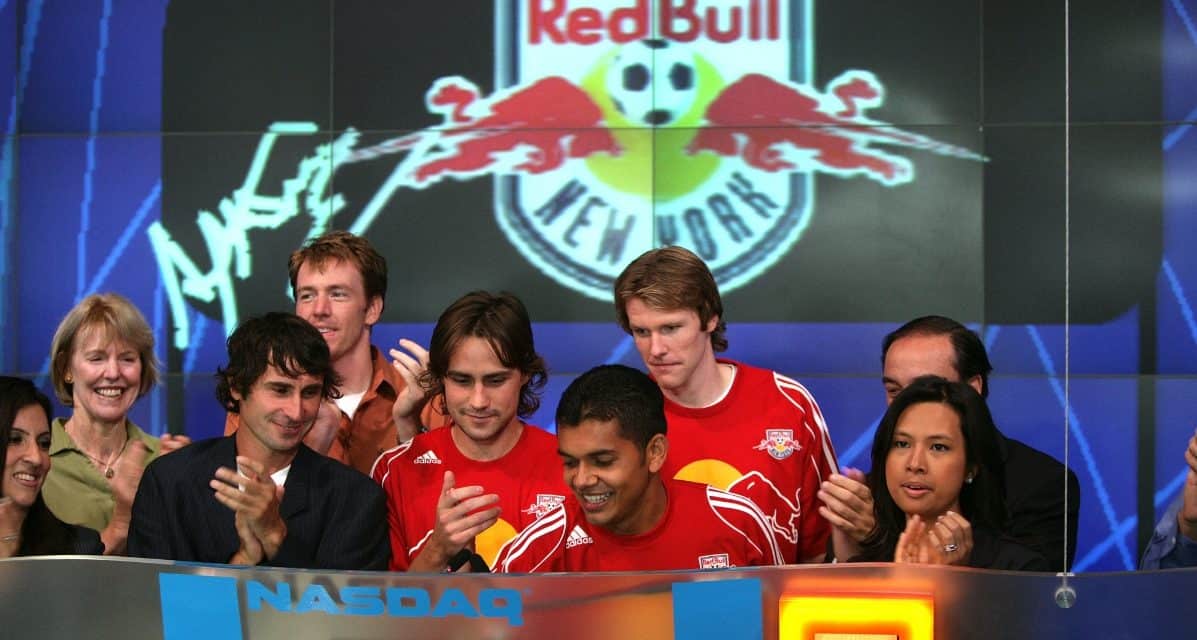 Des McAleenan, who mentored four U.S. international goalkeepers on the MetroStars and Red Bulls during a nine-year tenure with the Major League Soccer team, has died.

According to the Colombian news outlet, deportes.canalrcn.com, McAleenan’s body was found in Dublin, Ireland. Authorities reportedly were trying to determine his cause of death.

McAleenan was an assistant coach with the MLS club from 2002 through Feb. 28, 2011, when he was fired by management. A nine-year run for any coach, head or assistant, is rare these days. He worked with Tony Meola, Tim Howard, Jonny Walker and Zach Wells, who competed for the U.S. men’s national team.

McAleenan dealt with some mental issues the past several years.

Heartbroken 💔…. Des you are loved and will be missed! #gkunion @MLS @ussoccer https://t.co/7um06olHWA

In a 2020 interview with Off The Ball website (www.OBTSports.com), McAleenan admitted he fell into depression after returning from a three-year coaching stint with Al-Hilal of Saudi Arabia in 2016.

“I started to flounder and, like anyone will tell you in the professional game, it is a huge part of your identity,” he told the website.

“I got stuck and my wheels started to turn. I just went into a very dark place – anyone who has suffered from depression will tell you, it is like being stuck in a very, very, very dark maze.

“You cannot see out and you have no sense of feeling. You lose interest in everything and there is just absolute desperation; an intense, numbing pain that just eats you away from the inside.

This is one of the saddest days I’ve had to endure. Desi was a kind soul, dedicated to his craft and the passion he would put into his work was second to none. I remember his smile and gentle demeanor, so sad, and too early to say good bye. Rest In Peace my dear friend.+++ https://t.co/YyRyf1fivG

“This is one of the saddest days I’ve had to endure,” former MetroStars head coach Octavio Zambrano wrote on Twitter. “Desi was a kind soul, dedicated to his craft and the passion he would put into his work was second to none. I remember his smile and gentle demeanor, so sad, and too early to say good bye. Rest In Peace my dear friend.+++”

Zambrano hired McAleenan as an assistant coach in 2002.

Absolutely crushed by this news … enjoyed Des’ infectious smile and the opportunity to learn the game from him in both Hoboken and SLC … #RIP https://t.co/j4fJBJICG9

Former United Soccer League CEO Dave Askinas met McAleenan in Hartford when the goalkeeper was finishing up his career at Central Connecticut State University, and the Irishman left an indelible impression.

“Once you met Des you never forgot him,” Askinas said. “He was larger than life in many ways. He lit up a room with his presence and booming voice. He was a friend to all, a raconteur of the highest order and a global ambassador for the beautiful game. I will miss our late-night calls video calls from Ireland, Iran, Mexico and Colombia about the state of the sport and the state of U.S. politics. The world is a less wonderful and less interesting place without Des McAleenan.  We all miss him so much.”

“Des Mcaleenan sadly has left us as a family circle devastated,” she wrote. “We got the news today. Just speaking to Caroline Rossi, who is his sister, last night. To [get] the devastating news that his life has ended, I am feeling their pain. Mental Health is so important. God bless your beautiful soul. He was a football coach in various places around the worldm fit and a hilarious character in his presence.”

One colleague was so upset with McAleenan’s passing that he could not comment about his friend.

It seemed that McAleenan always had a comment because he was never one to hide his opinion.

When the FieldTurf at Giants Stadium wore down at the start of 2005 season, the goalkeeping coach ripped the decision to use the artificial surface after the Red Bulls stumbled to a 0-2-2 start at home.

“Home-field advantage, I don’t think there is one,” he told this reporter. “The field is a disgrace. It’s not the same field we had [two] years ago. It’s rock hard. There’s no fiber on it. It’s like the old AstroTurf. It’s terrible.” Des McAleenan (second from left) with Red Bulls’ Todd Dunivant, Taylor Graham and Amado Guevara at the NASDAQ in 2006. (Photo courtesy of the NASDAQ)

FieldTurf, which simulates grass with individual bristles, replaced the stadium’s grass field in 2003. Two seasons of pounding by football and soccer have flattened it.

“It’s every team’s advantage to come in here,” McAleenan said. “Every team that comes in here has a better chance of doing [well] … We don’t like it. It places such huge demands on you. We’re playing in a market where not only the results demand it, but to get good crowds, you have to play entertaining football. It is very difficult to play entertaining on this.”

Born in Dublin, Ireland, McAleenan emigrated to the United States and attended Central Connecticut State University. He also played for the Connecticut Wolves and Albany Alleycats in the U.S. Interregional Soccer League.

Here is a Colombian news outlet’s story on McAleenan:

MUCH LOVE FOR DES: Colleagues, friends, family laud, give tributes to late McAleenan as a ‘kind soul, dedicated to his craft and passion he put into his work’ 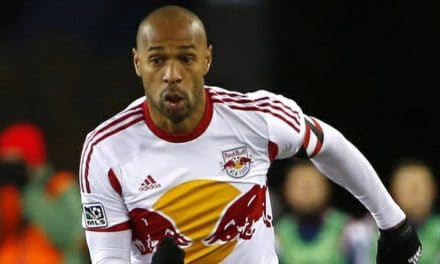 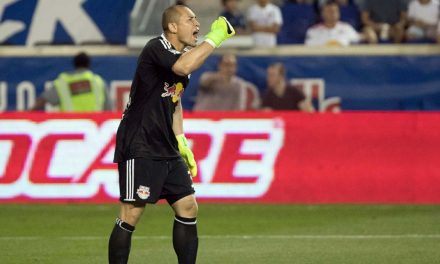 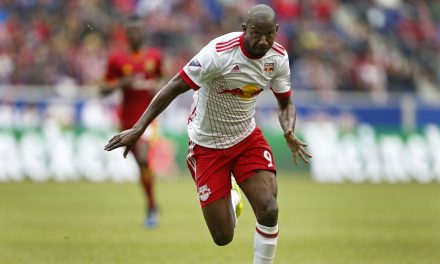 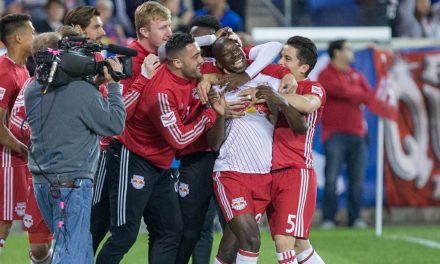 SEEMS LIKE OLD TIMES: Red Bulls look like the old Red Bulls in a victory over United