CHICAGO – U.S. Soccer has made 600 tickets available for Orlando Health frontline workers and their guests to attend the final doubleheader of the 2021 SheBelieves Cup at Exploria Stadium Wednesday night.

To thank the amazing healthcare workers in the Orlando community, U.S. Soccer worked with Orlando Health, a not-for-profit healthcare organization that serves the southeastern United States and is headquartered in Orlando, to extend the invitations.

The Orlando Health team members who will attend have all received both doses of the COVID-19 vaccine. U.S. Soccer also will recognize health care and frontline workers with a special moment in the stadium during the game.

The gesture is part of a big thank you to Florida, and in particular Orlando, which has been the de facto home to U.S. Soccer for the better part of two months as both the USWNT (Orlando) and USMNT (Bradenton) held their January training camps in the state.

“We are forever grateful to all heath care workers and first-responders who have helped navigate this pandemic and we were very pleased to see that there was so much interest from the Orlando Health employees to come out to the matches on Wednesday,” said U.S. Soccer Chief Medical Officer Dr. George Chiampas, who is an emergency medicine physician at Northwestern Memorial Hospital in Chicago. “At U.S. Soccer, we launched our Play On initiatives at the beginning of the pandemic and we’ve been a huge proponent of mask wearing and abiding by all the proper protocols to keep our communities safe. These health care workers are shining examples of that.”

“It’s a great honor to have U.S. Soccer welcome and recognize our frontline team members at this exciting match,” said Craig Mintzer, an orthopedic surgeon at Orlando Health and Chief Medical Officer Orlando City SC. “We’re going to continue to do all it takes to fight this virus and take care of our patients, and we appreciate this generosity so that our team members can safely cheer on U.S. Soccer and enjoy time with friends and family.”

U.S. Soccer has implemented strict COVID-19 protocols throughout the SheBelieves Cup tournament, including mandatory mask wearing, a socially-distanced seating manifest, contactless payment at concession stands, among others. Tickets are being provided only in pods of 1, 2, 3, or 4. Capacity for the SheBelieves Cup matches has been limited to a maximum of 4,000 ticketed fans per match day.

The USA will take on Argentina at 7 p.m. ET (FS1 and TUND) needing a win or a tie to take the tournament title of the 2021 SheBelieves Cup while Canada faces Brazil at 4 p.m. ET. (FS1 and TUDN App/TUDN.tv). 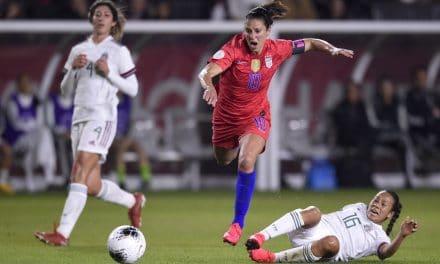 WOMEN’S SOCCER HISTORY MONTH (Special): Lloyd’s of London: Midfielder shows her value with yet another winning goal in an Olympic final 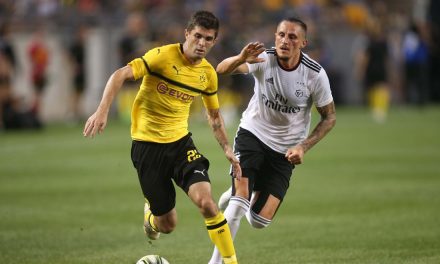 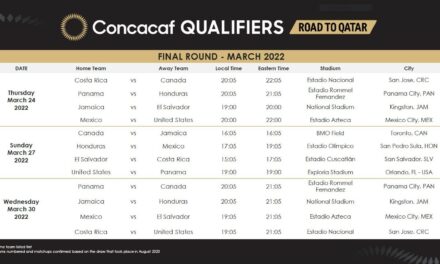