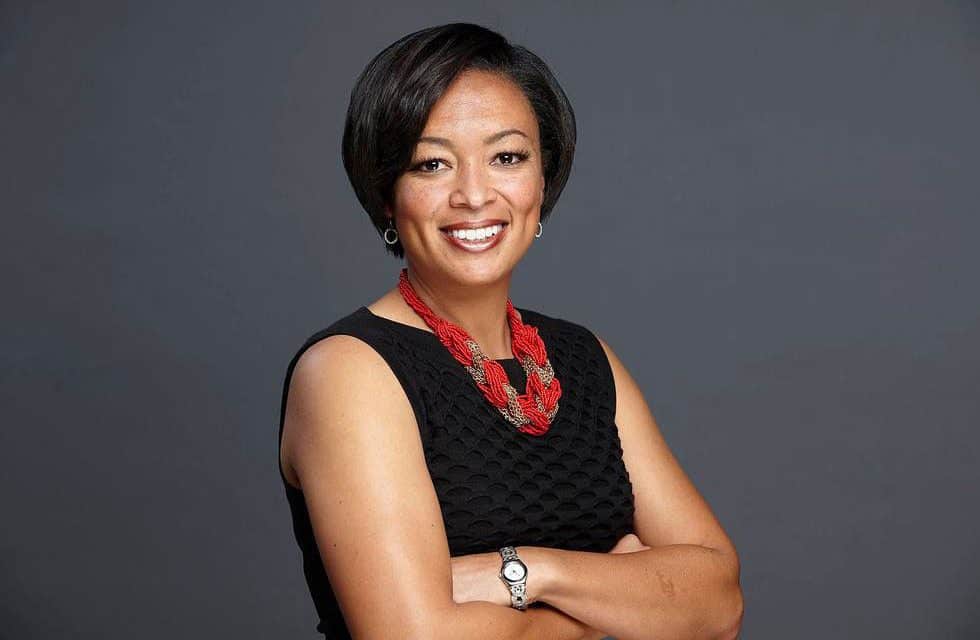 Since February is Black History Month, FrontRowSoccer.com will post one story a day about soccer players of color from the United States and the rest of the world. This multi-part series we will feature players from Jamaica, Cuba, Haiti, U.S. Virgin Islands, Ghana, Bermuda, Brazil, Trinidad & Tobago, Senegal and the United States. Today, we feature  former U.S. women’s national team forward Angela Hucles, who starred for the Americans as they captured the gold medal at the 2008 Beijing Olympics. This story originally was posted at BigAppleSoccer.com Aug. 18, 2008.

BEIJING, China — After trading Angela Hucles from the Boston Breakers five years ago, U.S. women’s national coach Pia Sundhage admitted she didn’t have the heart to cut the forward from the national team.

It turned out to be the best move Sundhage never made. Today, Hucles finds herself as one of the key U.S. players as the Americans head for their fourth consecutive Olympic gold medal match. They have Hucles to thanks for that as she connected twice in a 4-2 victory over Japan Monday night and set up a confrontation with Brazil Thursday.

Both teams will have revenge on their minds. The U.S. defeated Brazil in extratime in Athens, Greece four years ago to secure its second goal medal in three tries. The Americans were embarrassed by the Brazilians in the semifinals of last year’s Women’s World Cup, 4-0, the worst defeat in team history.

“We’re getting better every single game and we have some great momentum,” Hucles said. “We expect a tough match, but we’re looking for gold.”

Hucles knows something about second chances. Playing with the Breakers, she was dealt to the San Jose Cyber Rays in the old Women’s United Soccer Association for national teammate Aly Wagner. She didn’t take it personally.

She has emerged as one of the more unlikely heroes of an American team that desperately needs a star, a personality and a scoring threat, especially after Abby Wambach, who filled those three roles, broke her left leg last month. Entering the Olympics Hucles had woefully underachieved internationally, having scored but eight times in 88 appearances. She has found the back of the net four times in five matches and is second only to Brazil’s Cristiane (five goals) among scorers.

“Angela Hucles has been important when Abby Wambach broke her leg,” Sundhage said. “She is the one player who has helped the team a lot.”

“She had all the tools,” Sundhage said, laughing that she had traded the 30-year-old midfielder-forward. “She was just hanging around the midfield. she was so predictable.”

“She still was a little bit uncertain,” she said. “I said, ‘You have a chance to improve if you change things. You have a choice.’ ”

Instead of moping that she was “stuck” with Sundhage again (“I was very excited”), Hucles listened to her coach.

“She’s a professional,” Hucles said. “I knew she would treat me fairly.”

“Something happened,” Sundhage said. “She decided to get fit and change her speed.”

Now, the whole world is watching Hucles continue her transformation.

After being held scoreless in the first two games, Hucles connected in the 4-1 victory over New Zealand and in the 2-1 quarterfinal win over Canada Friday.

“Our intention wasn’t to get a goal scored on us,” Hucles said. “I think it showed the strength of the team that we didn’t put our heads down. We continued playing and tried to raise the level.”

Three minutes later, Lori Chalupny gave the U.S. a 2-1 lead it never relinquished with a 17-yard bullet off a right-wing cross by Heather O’Reilly.

O’Reilly added a 22-yard chip shot in the 71st minute.

“All I was trying to do is get it far post and good things would happen,” she said. “I can’t claim to say I saw her off the line and chipped her, but like I said you try to get the ball across the frame of the goal and stir some trouble.”

Hucles put an exclamation point on the match with an intended right-wing cross that hooked into the net in the 81st minute before Eriko Arakawa scored with seconds remaining in stoppage time.