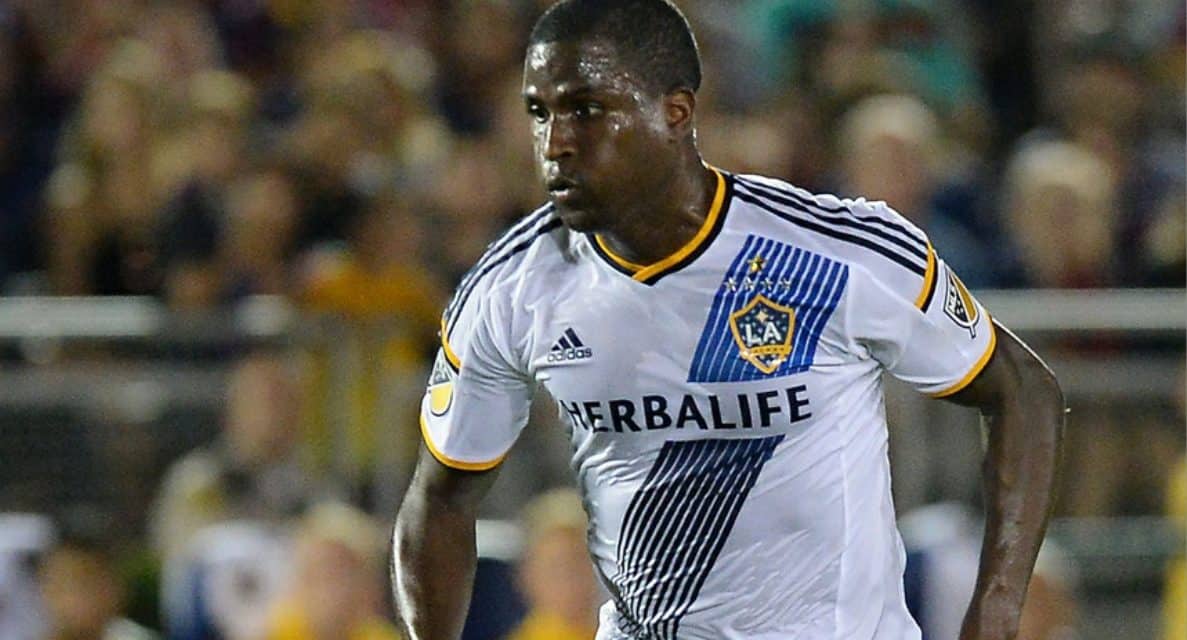 Edson Buddle: “I always have butterflies going into a game, but they go away once you step on the field.” (Jayne Kamin-Oncea-USA TODAY Sports)

Since February is Black History Month, FrontRowSoccer.com will post one story a day about soccer players of color from the United States and the rest of the world. This multi-part series we will feature players from Jamaica, Cuba, Haiti, U.S. Virgin Islands, Ghana, Bermuda, Brazil, Trinidad & Tobago, Senegal and the United States. Today, we feature Edson Buddle, in his early years as a pro. This story orginally was posted at ENYSoccer.com in 2003.

Even before he could kick a ball, Edson Buddle was destined to do great things in soccer.

Winston Buddle, a former pro player, put a small, orange soccer ball in his son’s crib and after naming after the greatest soccer player — Edson Arantes do Nascimento — aka Pele.

“It was always a dream of mine to name my first kid after Pele,” Winston said. “It’s important to have a good name. It gives you a kind of luck.

“What I really wanted to do was to name him Pele, but that would have been too much pressure.”

While it isn’t fair to compare anyone to the Brazilian great, the New Rochelle and Port Chester native has begun to cast a shadow of his own.

In fact, the one-time Eastern New York Youth Soccer Association standout might turn into one of the best bargains in MLS SuperDraft history. Ignored in the early rounds of the 2001 draft, Buddle finally was picked by the Columbus Crew as the 27th selection.

“He is everything that we expected,” coach Greg Andrulis said. “He has come into his own. It’s just the tip of the iceberg.”

That’s a strong statement to say about a 21-year-old who has become an integral part of the Crew attack (nine goals and five assists in only 1,304 minutes in the regular season).

The 6-1, 170-lb. Buddle forged his reputation as someone who isn’t afraid to take on defenders one-on-one with his shifty moves and speed, although sometimes he got out of control. He began to refine his game with the minor-league Long Island Rough Riders.

“I want to make something happen,” he said. “I don’t want to be timid. . . . You’ve got to try things. That’s the way you’re going to learn. You’re going to make mistakes.”

Andrulis is satisfied. “He has matured and doesn’t play reckless,” he said. “Once in a while that incredible flair pops up.”

Buddle got an opportunity to play with Brian McBride at the World Cup.

“Edson seized the opportunity,” Andrulis said. “Then it was a question of finding a way of keeping in the lineup.”

He has played center forward and at right midfield, when Buddle actually becomes a third striker.

Buddle was named MLS August player of the month. He scored a goal in the in the opening game of the playoffs and set up McBride’s game-winner in the 81st minute in the 2-1 triumph over defending champion San Jose that clinched a semifinal spot.

He has been forced to leave the Crew a few times to play overseas with the Under-23 national team, with 2004 Olympics hopes. If Buddle continues to progress, Andrulis might have to get used to his budding star being out of the lineup more.

“I don’t think there’s any question he’ll be in the national pool,” Andrulis said. “Maybe the type of year he’s having will give him an opportunity to play with the full team.”

So, the A-League is perfect for Buddle, who has aspirations of playing in Europe in the not-too-distant future.

Buddle demonstrated his potential while with the Long Island Rough Riders.

He showed great promise. In his first pro game in 2000, Buddle came off the bench in the second half to score one goal and set up another in a 2-1 win over the Boston Bulldogs.

“I think this kid is destined for the MLS, no doubt about it,” said Riders head coach Paul Riley. “I’m surprised somebody hasn’t called him up already. We didn’t start him because we’re trying to get him into the flow of play. But I’ll tell you what, he probably will be in the lineup the next time out.

“He just makes so much happen. He tore them apart in the first game. Edson’s got a phenomenal future. He needs to improve his training habits to get to the next level. He’s a natural talent. He’s got a great head for the game.”

Buddle’s gift is his dribbling ability. He is not afraid to take on defenders one-on-one, which Riley has encouraged him to do.

“I told him that in this league everyone passes the ball,” Riley said. “Nobody likes to take players on, so go at players. Do what no one does in this league because everyone is too scared to do it. And that’s why they don’t get anywhere. He’s a natural soccer player. Let him run at people… How many people do you see in MLS run at player? That’s what you pay 10 bucks to watch.”

Riley figured his challenge was to turn Buddle into a more disciplined player on and off the field.

“We’ve talked to him about it. You’ve just to come out every day and this is the last practice you’re ever going to make, man. What kind of impression are you going to leave me with? He’s come around a little bit since pre-season, but he’s never seen anything like our pre-season.

“His thing is the game. But you’ve got to train for the prize at the end of the week. If you don’t train hard you’re not going to get your spot. It’s not given to you. Skill-wise, he is probably the best player in the league.”

It worked. In 2003, Buddle made his debut with the U.S. national team in the final 10 minutes of a 2-0 victory over Venezuela. “There were a lot of thoughts racing through my head,” he said. “I’m glad to be here. Stepping into this game opened up a new chapter in my life. It’s something I’ve worked hard to do.”

Edson admitted he was “a little” nervous. “I always have butterflies going into a game, but they go away once you step on the field,” Buddle said. “[U.S. coach] Bruce Arena just told me to go in there, be myself, and have fun.”

Winston hoped his son did, telling him: “That’s the happiest 10 minutes you’ve ever had in your life.”

Father and son talk three or four times a week. “I give him a lot of credit,” Edson said. “He’s always been there as a mentor. I appreciate what he has done. When I’m on the road, I call him for advice.”

During the offseason, Edson worked with the team nutritionist to improve his eating habits and with strength and conditioning specialists to improve his fitness. “He realized that if he wanted to be a star, he had to work hard,” Andrulis said.

Winston admited that Edson’s success has even surprised him. “I’m the first one to tell you that I had no dreams or no idea that he would get this far this early,” he said.

For Winston and Edson, the dream isn’t over–it’s just beginning. 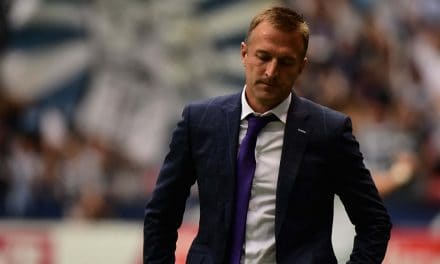 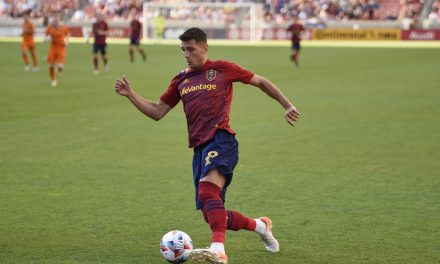 MLS PLAYER OF THE WEEK: RSL’s Kreilach is honored 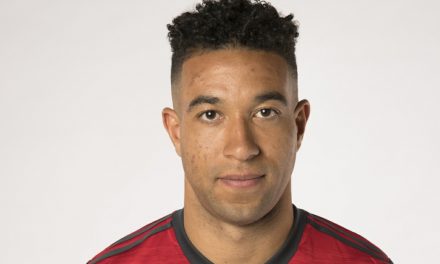