The MLSPA is involved in contentious negotiations with MLS over the league’s Collective Bargaining Agreement and has threatened a lockout Thursday, Feb. 4.

Here is the NBPA statement:

The COVID-19 pandemic has proven to be the greatest public health crisis that our nation has faced in several generations. Accordingly, it is and would be fundamentally unfair for the MLS to use this virus to disadvantage the players whose tireless efforts have built this sport to date. The NBPA, together with soccer fans throughout the world, look forward to the scheduled opening day for the 2021 MLS season. Let the Players play.” 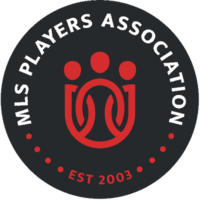 On Jan. 29, MLS said that if a new CBA was not finalized by 11:59 p.m. ET Feb. 4, the MLS Labor Committee has voted unanimously to authorize the league to end the CBA and “institute a lockout.”

FOR TIM: A GoFundMe page created for ailing coach Hankinson