SETTLING IN: Scally talks about his goals, first days at Borussia Moenchengladbach

Joe Scally: “I want to be part of the team and learn as much as possible from Marco Rose, who is an incredible coach.” (Photo courtesy of NYCFC)

Slowly, but surely, Joe Scally is settling in at Borussia Moenchengladbach.

In an interview with the team’s website earlier this week, the former New York City FC defender talked about his first days at the Bundesliga club and his goals and challenges.

“I want to be part of the team and learn as much as possible from Marco Rose, who is an incredible coach,” he told the website. “It’s also my goal to help the team be as successful as possible.”

The Lake Grove, N.Y. native has been training by himself because he has a bit of knock, according to the website.

He hoped to join the team’s practice session next week.

“I feel good,” Scally said. “I’m currently training individually. But things are going very well, and I am looking forward to being on the pitch with the team soon. I hope to join team training next week.

“I’m excited to join my new teammates on the pitch in training soon. I have already watched one training session, that was very good. The training has a high intensity.”

Asked to describe himself as a player, Scally replied: “I would describe myself as a physically strong and fast player. I like to play on the wings. I also have a good tactical understanding on and off the ball. Crossing is one of my strengths, and of course the defending side of things. My weakness is probably my shooting, but I want to work on that.”

Scally slowly has become accustomed to his new life.

“So many things are different to back home, but I really like it here,” he said. “The training ground it nice and the stadium is amazing. I’m really looking forward to playing here at some point, especially when the fans are allowed back. My apartment here at BORUSSIA-PARK is also great. It’s got a nice kitchen, a comfy sofa and bed. The weather is similar to back home in New York, so I can feel a little bit at home. I’m happy to be here. ”

In his free time, Scally said that he speaks to his family via video chat and plays Fornite and FIFA on Xbox.

Here is the original story on the club website:

ACROSS THE RIVER: NYCFC to open playoffs vs. Miami at RBA on Oct. 17 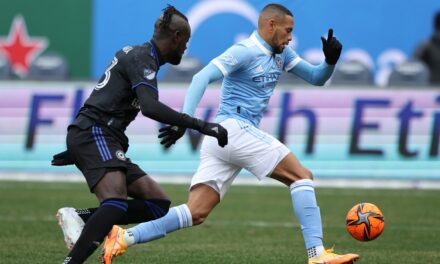 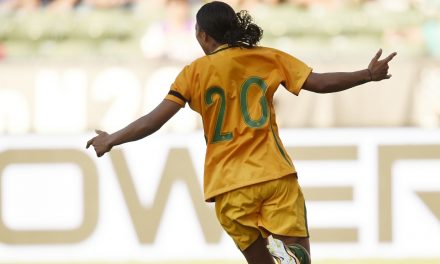