A NEW YEAR: A new name, a new crest for NJ Teamsterz FC

The team is now known as New Jersey Teamsterz Football Club – NJ Teamsterz FC. The new look of “z” on the crest and changed spelling to represent the metro-suburban environment of Bayonne, a peninsula city along the New York City harbor and the club’s campaign to attract Generation Z to soccer.

Founded in 2017 by founder and president Alex Geraldino and Sibrena Stowe-Geraldino, the original crest was designed by California-based Brazilian artist, Daniel Schultz. The new 2021 crest was designed by NJTFC’s head graphic artist Iylas “IQ” Qureshia, with direction from Geraldino. The horse remained the main symbol of the New Jersey team, with red, white and blue to represent their commitment to strengthening soccer in the United States. 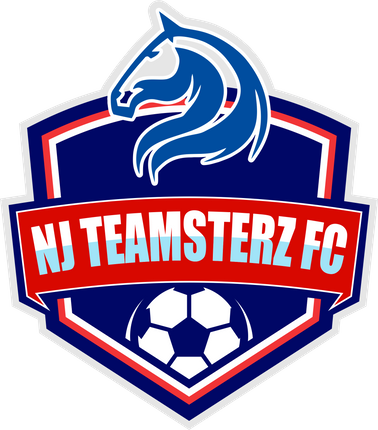 “NJ Teamsterz is excited to start 2021 by unveiling our new look and renewed commitment to professional and amateur soccer,” Alex Geraldino said. “We’re dedicated to closing the gap between the newest generation and the remaining generation of soccer fans. 2020 was a trying but successful year for our organization and we are looking forward to working hard to win matches and provide entertainment and opportunity that our fans and community deserves.”

NJTFC has men’s and women’s professional and amateur (Pro-Am for Women’s) teams with National Independent Soccer Association and United Women’s Soccer, Leagues One and Two.

NYCFC INJURY REPORT: Heber is the only player out

THEY’RE ROAD WORRIERS: Struggling away, Red Bulls need to win at Columbus to get back into playoff race