I’d like to take this opportunity to thank the supporters and fans of the National Independent Soccer Association for your unwavering support this past year and wish all of you health, safety, and happiness this holiday season!

This past year has been a significant challenge for everyone in sports, and as a global community, we all still face the unique challenges a pandemic brings. That said, we continue our commitment to bring high-quality professional soccer to every city in the United States. In 2020, that meant successfully executing a pro-am tournament in the inaugural NISA Independent Cup, a fall season and crowning Detroit City FC as champions of our 2020 Fall NISA Championship Tournament.

Just last week, the Protagonist Podcast called the NISA season “the best soccer story of 2020″. Among our many notable accomplishments was the crowning of a 2020 Fall champion in a bubble tournament that saw ZERO COVID cases. We developed a well-researched and strictly implemented COVID-19 return to play protocol (RTP) with guidance and expertise from leading medical professionals. With safety at the forefront, all players and personnel were tested prior to and upon arrival ensuring the sanctity of the bubble. The protocols gave our clubs and players the peace of mind to take the pitch and compete.

The RTP protocol was initially introduced in July for the NISA Independent Cup (IC), a first of its kind competition for both professional and amateur independent clubs. Fifteen clubs (four professional and eleven amateur) competed for regional championships. We crowned four regional champions: Detroit City FC, Gaffa FC (Jackson, Miss.), Maryland Bobcats FC, and Chattanooga FC. The IC will be an annual event and a staple of the independent soccer calendar.

Growth of the league

NISA rapidly grew its foundation in 2020 through expansion, strong amateur league affiliations, and augmenting our structure. Five Member clubs joined this year, with additional applicants to be announced in early 2021:

NISA is building a true open system based on merit, and the response has been phenomenal. Just before our 2020 Fall NISA Championship Tournament, we announced NISA Nation (NN), an extended-season, amateur league with standards set to transition clubs from the amateur to professional ranks. NN will have its first competition in 2021 and will act as an incubator for independent clubs that have the desire to go pro and as a league for pro clubs needing to regroup. For the first time, there is a bridge for independent clubs, coaches, players, and staff to go from amateur to professional.

We are building an open system and believe in the following principles:

Clubs own their IP rights

Early in 2020, we formed NISA Media (NM) as a subsidiary of NISA to handle all broadcast and production rights of league-controlled games. Our first national broadcast deal was forged with beIN SPORTS for the 2020 Fall NISA Championship Tournament. The combined quality of the production, marketing efforts, and supporter dedication drove viewership numbers that far exceeded our and beIN SPORTS’s expectations.

Finally, NISA is taking an active role in confirming we are an anti-racist organization committed to diversity, equity, and inclusion (DEI) for all of our athletes, clubs, staff, and supporters. At our 2020 Fall NISA Championship Tournament, we – along with our players – put together a framework for our DEI program. It will be the voice of independent soccer to effect change in the fight for anti-racism and social justice for all.

We look forward to getting back to play safely in Spring 2021. Again, thank you for your support and have a blessed and safe holiday season. 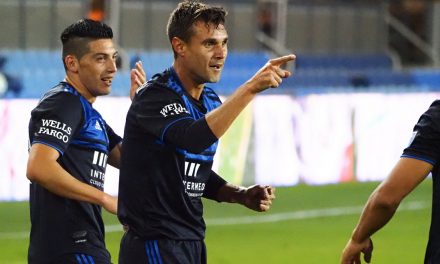 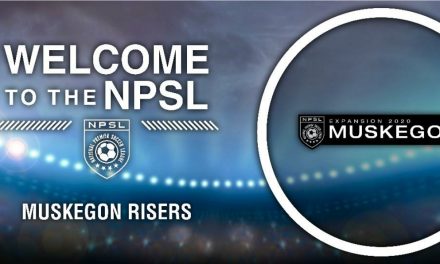 SOME 2020 VISION: Muskegon Risers to join NPSL next year