FOR ALL THE MARBLES: LAFC vs. Tigres for CCL title Tuesday

In Saturday’s semifinal action, forward Andre-Pierre Gignac led Tigres (Mexico) into the final with two goals in a 3-0 victory over CD Olimpia (Honduras). The Liga MX club will participate in its fourth CCL final in five years.

Later that same night, Carlos Vela scored twice in the first two minutes of the second half to help LAFC punch its ticket to the final with a 3-1 comeback triumph over Club America. It is the fourth time that a team from MLS has reached the final. The last time was in 2018, when Toronto FC faced CD Guadalajara.

The championship game will be available for fans across the region to follow and enjoy through the confederation’s TV partner networks, including FOX Sports (USA-English), TUDN (USA-Spanish), Fox Sports Latin America (Mexico-Spanish), ESPN (Central America-Spanish), TSN and RDS (Canada-English and French), Flow Sports (Caribbean-English) and other local partners.

Matches also will be available on the Concacaf Official App (subject to territory restrictions).

The winner of this competition will be crowned Concacaf’s regional club champion and will earn the right to represent the Confederation at the FIFA Club World Cup 2020, scheduled for Qatar Feb. 1-11. 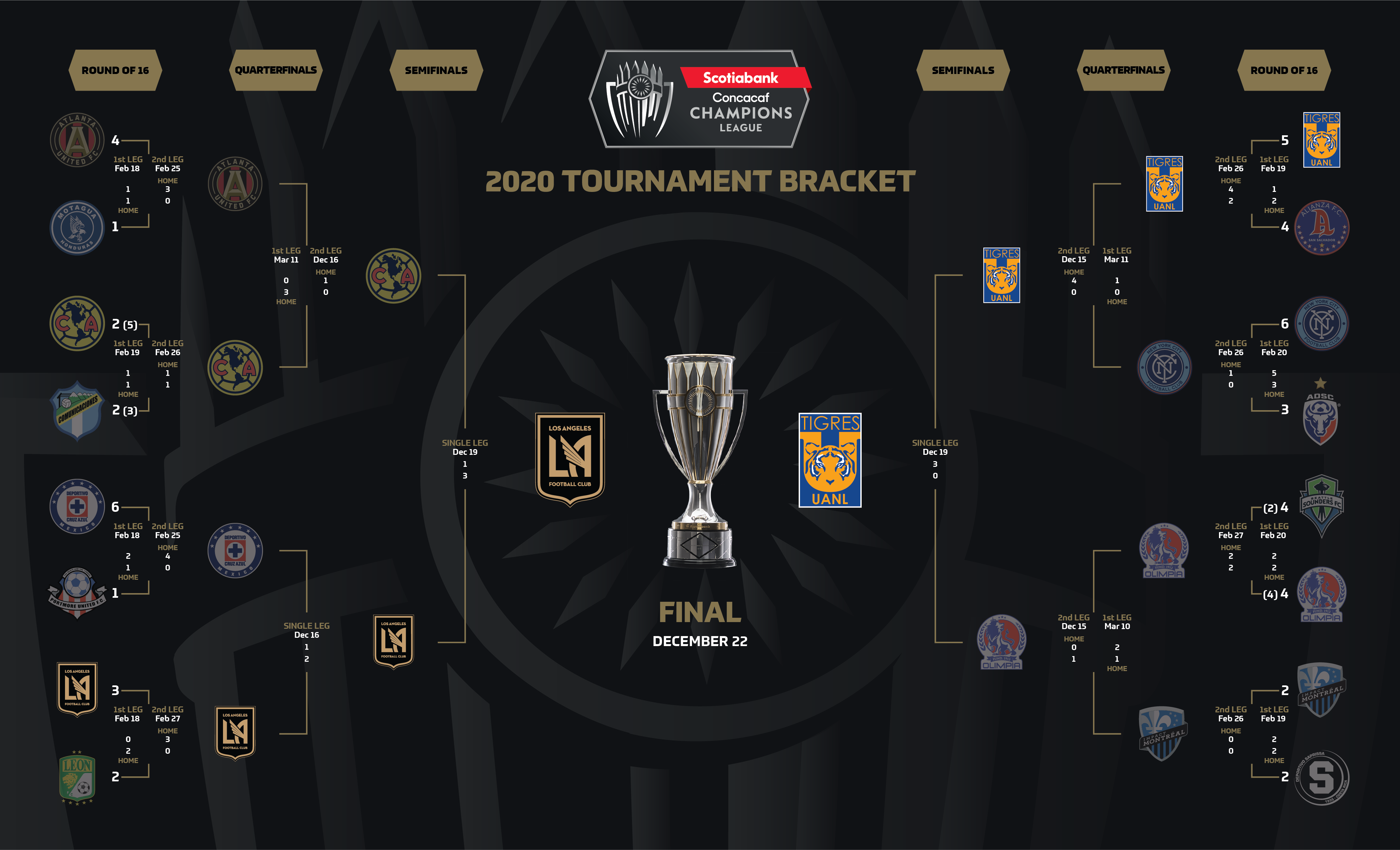