TRIPLING THEIR PLEASURE: Concacaf allowed to have 3 games in 5 international windows for WCQ

MIAMI – Concacaf Friday confirmed the schedule for the regional qualifiers for the the 2022 World Cup in Qatar.

In Concacaf’s case, FIFA’s decision meant the confederation can schedule three matches in each of the September and October 2021 and January and March 2022 FIFA international match windows.

This will enable Concacaf to begin its eight-team Final Round of the Concacaf qualifiers in September 2021, following a First Round played in March and June and a Second Round in Jume (June includes two FIFA international match windows).

The draw for the Concacaf qualifiers took place in August and with the certainty provided by FIFA’s decision regarding the triple-windows, Concacaf can now confirm the schedule.

The First Round will be played between the Concacaf Member Associations ranked 6-35 based on the FIFA Men’s Ranking as of July 16. The 30 men’s national teams were drawn into six groups of five as follows:

Each team will play every other team in its group once, playing a total of four matches; two home and two away. These games will be played in the FIFA match windows of March and the first FIFA match Window of June. At the end of the First Round, the six group winners will progress to the Second Round. 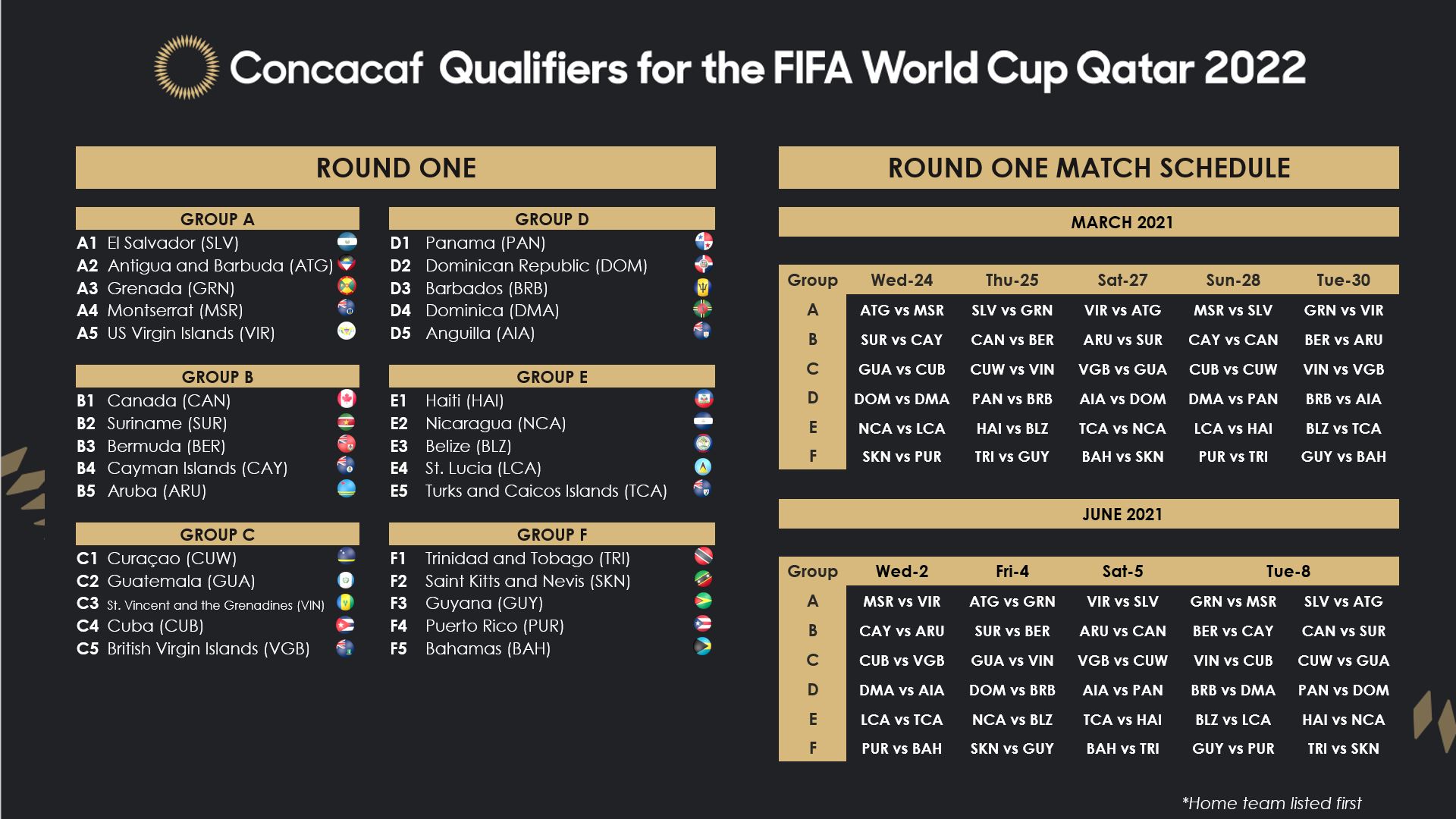 Round One match schedule

The Second Round will be played between the six group winners from the First Round, with the pre-determined matchups as follows:

The teams will play home and away, in a direct elimination format, during the second FIFA match window of June 2021. The three winners will progress to the Final Round.

The Final Round of the Concacaf Qualifiers for the FIFA World Cup Qatar 2022 will see the three winners from the Second Round join the Concacaf Member Associations ranked 1-5, who had already gained enough FIFA ranking points to guarantee their place in the Final Round prior to the development of a new format.

The eight teams will play each other home and away, with each team playing 14 matches.

The Final Round will be played in the following five international FIFA match windows:

The Final Round was also drawn in August.

At the end of the Final Round, the top three finishing teams will qualify directly to the FIFA World Cup Qatar 2022. The fourth-placed team will qualify for the FIFA Intercontinental Playoff, scheduled to be played in June 2022. 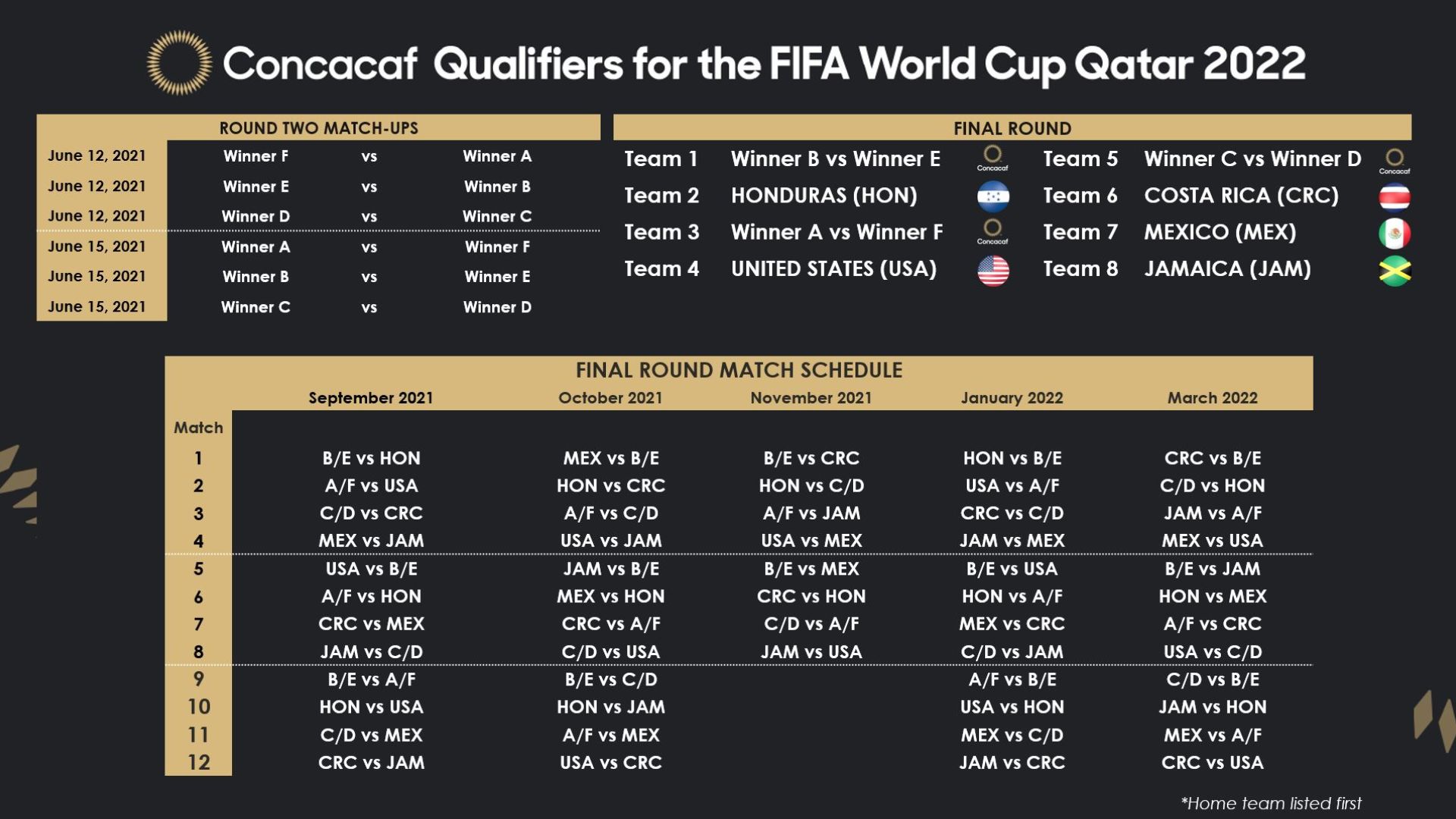 Round Two and Final Round match-ups

OH, SO CLOSE: Pulisic powers USMNT to win over Panama, closer to Qatar