He was preceded in death by his wife of 63 years, Anne, by just a few weeks.

“Ron Broadbent stands tall among the longstanding leaders of United Soccer Coaches who have selflessly given their time and talents to advance the sport,” United Soccer Coaches president Kevin Sims said in a statement. “A gentleman’s gentleman, Ron always had a kind and reassuring word for everybody, always highlighted the optimistic path, and always directed the spotlight elsewhere. His grace, humility, and people-first behaviors are to be emulated.”

Broadbent joined the then-NSCAA in 1972, but his love affair with the game started much earlier than that. Growing up in Brockport, N.Y., he graduated from Brockport High School in 1952 and Brockport State Teachers College in 1956. He was the starting goalkeeper for the Brockport State soccer team that captured the 1955 national soccer championship. 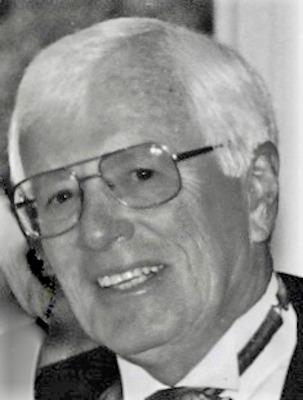 In 1959, he was hired as the head soccer coach at Spencerport (N.Y.) Central High School, where he taught for 31 years and also served as the school’s athletic director. His teams won 10 Monroe County championships, seven Section V crowns, and two state titles. He was named the 1980 National High School Federation National Coach of the Year.

Broadbent returned to his alma mater, Brockport State, where he served as head men’s soccer coach from 1981-83. He served United Soccer Coaches in various capacities over a span of 16 years, including a term on the board of directors, of which he was President in 1992.

“Ron was a great coach, teacher, mentor, and friend,” said Jeff Farnsworth, United Soccer Coaches Past President, who played for Broadbent in high school. “He dedicated his life to his wonderful family, his friends, student-athletes, and the game of soccer. He and his wife, Anne, touched so many lives and leave such an amazing legacy. I am so blessed to have had them in my life.”

Broadbent won the Honor Award, United Soccer Coaches’ highest honor, in 2016 and was inducted into the association’s Hall of Fame in 2013.

For those wishing to honor Broadbebt’s memory, the family requests that, in lieu of flowers, donations be made to a charity of your choice in his name. Funeral arrangements are being handled by Wilder Funeral Home, Homosassa, Fla., www.wilderfuneral.com.

Plans for a celebration of Ron’s and Anne’s lives will be announced at a future date.