Rochester long has been considered a vibrant soccer city.

However, the western New York city also has a sometimes frustrating history to tell about former soccer teams.

Created after the success of the Italian American Sport Club’s run to the 1963 U.S. Amateur Cup title, the Lancers were around for 14 years.

Rochester, whose owners from start to finish were Charlie Schiano and Pat Dinolfo, among other investors and owners, secured the NASL crown in 1970. They also won the longest game in North American soccer history, a 176-minute marathon in 1971, and participated in the 1971-72 Concacaf Champions Cup, finishing fourth.

A colorful team on and off the field, the NASL Lancers competed for 11 seasons, making Holleder Stadium a difficult place at which opponents struggled to accrue points.

A power struggle between two factions of owners — Rochester vs. New York/New Jersey — took its toll during the 1980 season as the club folded that year. 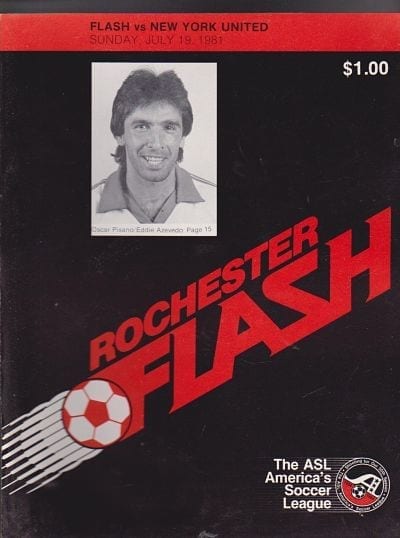 In the wake of the Lancers came the Flash, which first competed in in the ASL, using several former Lancers and indoor players from the Buffalo Stallions (Major Indoor Soccer League).

After a promising 1981 season, the Flash endured financial difficulties in 1982 and went dormant for a year.

The team returned in the United Soccer League for the 1984 with a lower budget but struggled on the field and at the gate. The team went under after that season.

The original Lancers flirted with the indoor game on several occasions. In fact, their 1979 and 1980 teams shared players with the original indoor powerhouse New York Arrows (MISL).

In 2011, Soccer Sam Fantauzzo brought back the Lancers after a 31-year hiatus — as an indoor team. The club played at the downtown Blue Cross Arena.

These Lancers reached the MISL (new incarnation) postseason in the 2011-12 and the Major Arena Soccer League playoffs in 2014-15.

The team shut down after four seasons as Fantauzzo citing Workman’s Compensation issues.

The Lancers returned to the great indoors for the MASL2 (M2) 2018-19 season, finishing third overall while playing at the Dome Arena. It came back to the league for the 2019-20 campaign before that season was cut short due to the COVID-19 pandemic. Rochester returned to the MASL and it has plans to compete in the 2020-21, which could start in late December or January 2021.

(An outdoor version of the Lancers, an amateur side, completed its first season in the National Premier Soccer League; the Lady Lancers made their debut in United Women’s Soccer this year as well).

In one of the most unusual practices in professional soccer, the Flash called Buffalo its home base for training and Rochester (Capelli Sport Stadium) its competitive field.

The Flash participated in Women’s Professional Soccer in 2011, winning the regular season and playoff championship.

After the league folded prior to the 2012 season, the team moved to the new Women’s Premier Soccer League Elite, winning the championship.

With the advent of the National Women’s Soccer League in 2013, Western New York won the first NWSL Shield as regular season champions, but fell to Portland Thorns FC in the final.

After two mediocre seasons, the Flash returned to prominence in 2016, winning the NWSL title, only to leave Rochester. The club moved to Cary, N.C., rebranding itself as the North Carolina Courage.

Once the gold standard of minor-league soccer on this continent, the team — it was originally known as the Raging Rhinos — took on all comers, especially in its early years of its 22-year history.

That’s when Rochester played at the Frontier Field baseball stadium. The Rhinos packed the house on many a night, even toppling Major League Soccer teams in the Lamar Hunt/U.S. Open Cup.

In fact, the Rhinos were the last non-MLS to win that competition, upending the Colorado Rapids in Columbus, Ohio in 1999.

In 2006, a 13,768-seat soccer-specific stadium was opened in Rochester (now called Capelli Sport Stadium) and the Rhinos moved there. However, attendance never consistently got close to the Frontier crowds (many fans claimed the stadium was built in a dodgy part of the city).

Due to dwindling attendance and apathy from what once was considered to be one of the best soccer cities in the country, current Rhinos owners David and Wendy Dworkin said two weeks ago that if the team could not raise $1.3 million through county taxes, sponsorships and season tickets, it would not be able to move forward in 2018. 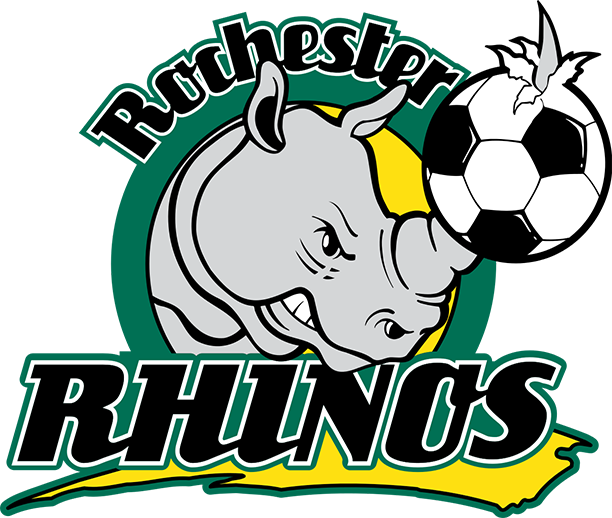 TOP OF THE TABLE CLASH: 1st-place Lady Lancers vs. No. 2 WNY Flash in UWS East

THE GREAT INDOORS – PART III: Lancers players, coaches made an impact in the early years of MISL