ANOTHER VALENTIN’S DAY: Forward’s goal lifts NYCFC over the Fire on Decision Day 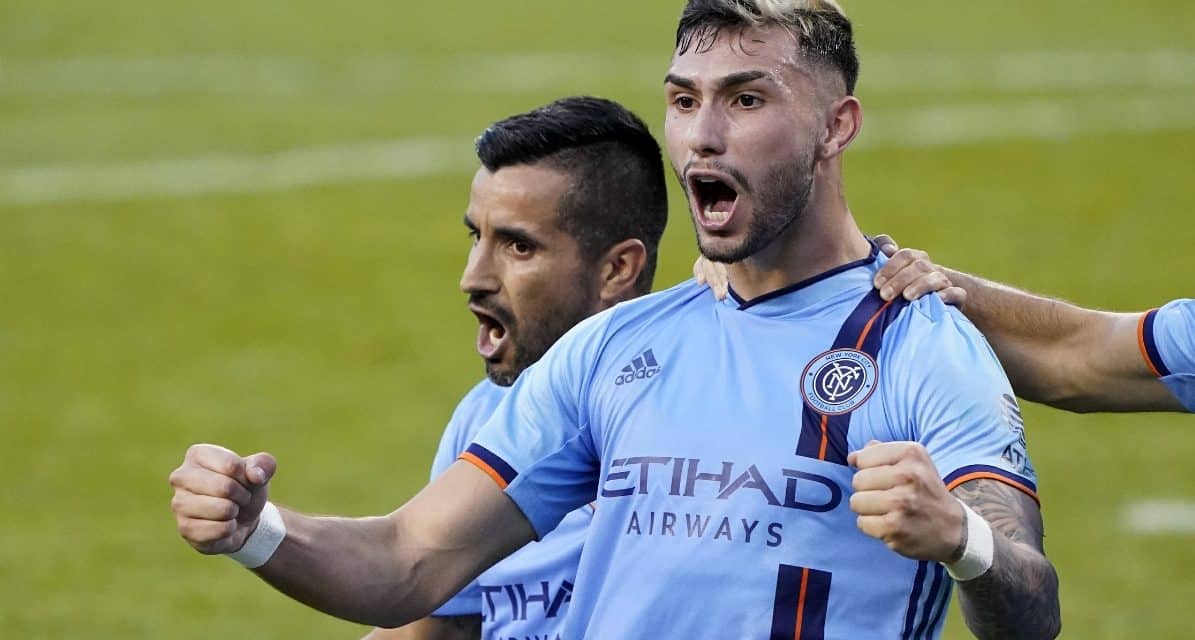 Valentin Castellanos’ reaction says it all: he has scored a goal. (Mike Dinovo-USA TODAY Sports)

CHICAGO – Let’s face it, New York City FC’s 4-3 victory over the Chicago Fire had all the ingredients for a classic Decision Day match.

The visitors grabbed a 3-1 advantage after 37 minutes, allowed the Fire to equalize late in the half before securing the win with a relatively late goal at Soldier Field.

NYCFC (12-8-3, 39 points), which completed the season with a four-game winning streak, took fifth place in the Eastern Conference and will play on the road against Orlando City SC later this month. Details on the match are expected soon.

“We are very confident, but we need to be humble,” NYCFC head coach Ronny Delia said. “We need to understand a playoff game is a difficult game. We need to be ready, but with a smile on our face. That is important because that’s when we are at our best.”

NYCFC started slow, struggling after the MLS is Back Tournament, before finding itself despite injuries to key players and losing other players to foreign clubs.

“I never lost the confidence and you just keep going,” said Gary Mackay-Stevens, who scored in the 33rd minute. “The chances keep coming and we’re in a good moment as a team. We’ve played well. We’re creating a lot of chances. It’s nice to be on the end of one. It’s more enjoyable to play in winning teams and we’ve managed to string a few wins together now. It’s an important time of the season and it’s a good feeling amongst the camp now.”

City drew first blood on Alexander Callens’ header off a corner kick in the fifth minute and doubled its lead on Gary Mackay-Steven’s score in the 32nd minute.

Superhuman strength 🦾@Alexcallens06 soars and scores off the corner kick to put us in front on #DecisionDay pic.twitter.com/bJ4rKfLfeI

After the Fire pulled back on on Robert Beric’s tally in the 33rd, Jesus Medina restored NYCFC’s two-goal advantage in the 37th minute.

Then Przymeslaw Frankowski took centerstage for the hosts, connecting twice within a minute (42nd and 43rds minutes) to level the score at 3-3.

The second half could not match the scoring flurry, by Castellanos made sure NYCFC would return home on a happy note by taking advantage of a Miguel Angel Navarro mistake in the 77th minute. 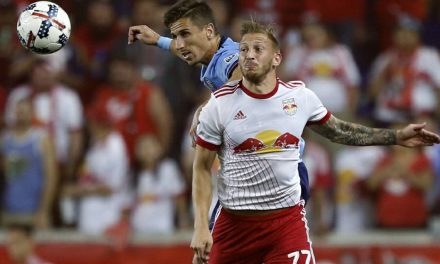 WILL HE OR WON’T HE?: Moralez listed as questionable for Vancouver 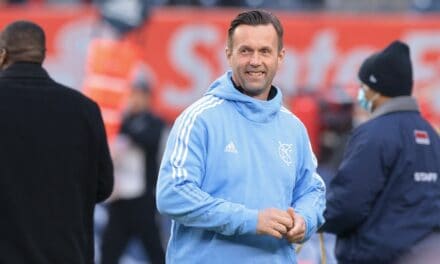 READY TO RING IN THE NEW YEAR: NYCFC’s Deila, Chanot in Times Square for Ball Drop 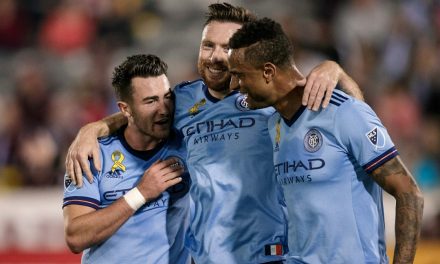