The New York City Soccer Initiative Wednesday hosted a virtual ribbon-cutting ceremony to celebrate the installation of seven new mini-soccer pitches across the city as part of the 50-pitch project.

Launched in 2016, NYCSI is a first-of-its-kind $3 million public-private partnership between the Mayor’s Fund to Advance New York City, NYCFC, the U.S. Soccer Foundation, adidas and Etihad Airways, to create and maintain 50 mini-pitches across the city over five years and expand free soccer programming to 10,000 young New Yorkers.

Despite the COVID-19 pandemic, the initiative remains on track to complete the installation of all 50 pitches by the end of next year. Thirty-seven pitches have been constructed throughout all five boroughs. Youth players have access to free programming, including the U.S. Soccer Foundation’s Soccer for Success program run by the Department of Youth and Community Development and NYCFC’s City in the Community Foundation program, at these locations. 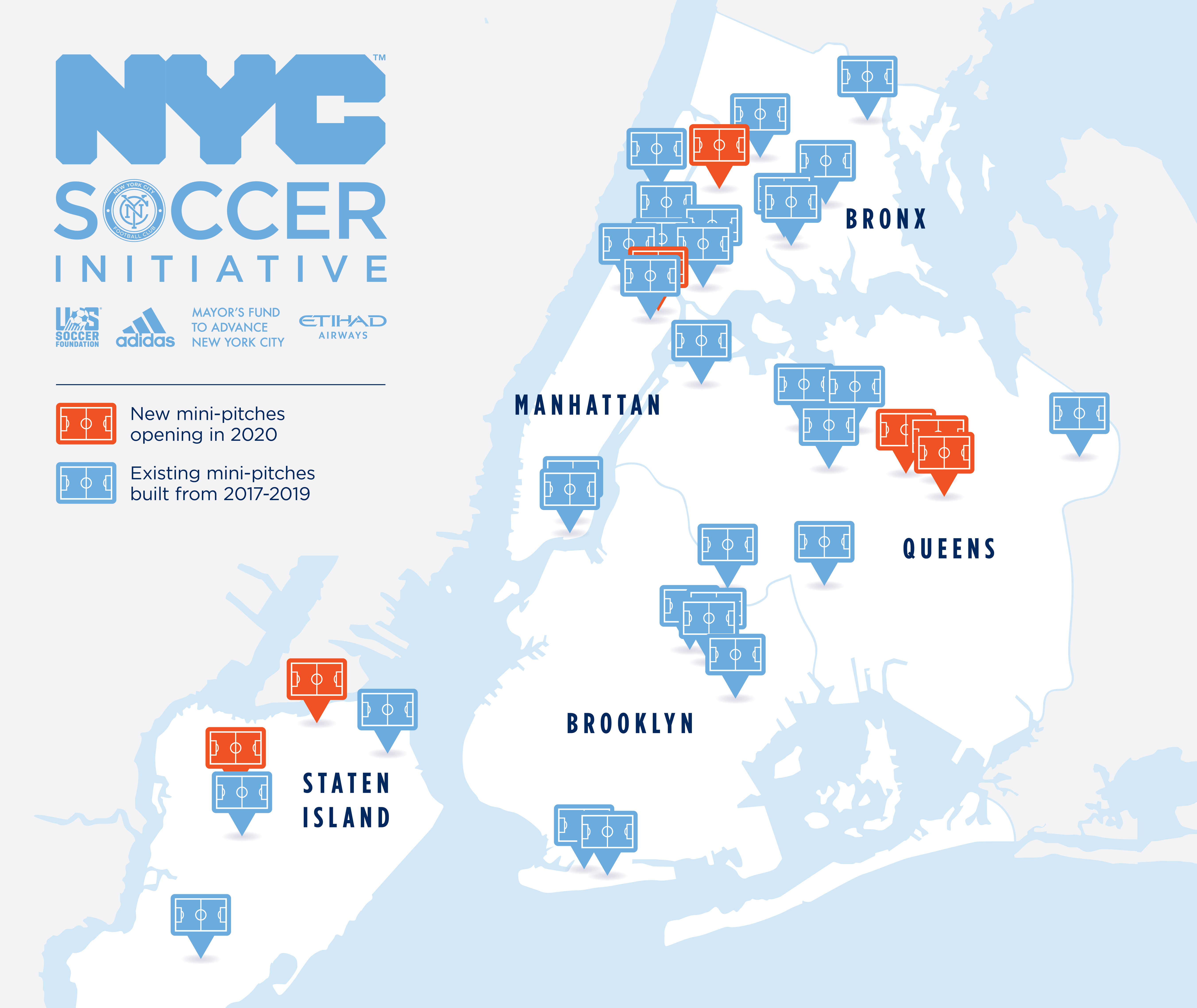 This year’s veiling was moved online because of physical distancing protocols. The virtual event was hosted by FOX5 lead sports anchor Tina Cervasio, and will include a performance by Renaissance Youth from the South Bronx and a video roll call featuring a ribbon cutting from each new site.

The centerpiece of this year’s event was the culmination of a youth mini-pitch design contest. For the past month, students have been invited to submit artwork that showcases how a new safe place to play can come to life in their local community.

Seventy-five percent of the submissions were designed by young women with interest in soccer, design and architecture.

THANKS, BUT NO THANKS: Vieira not interested in Southampton job, very happy with NYCFC