Los Angeles Football Club forward Bradley Wright-Phillips was voted the Major League Soccer player of the week for the 13th week of the season, the league announced Thursday.

This was Wright-Phillips’ 12th MLS Player of the Week honor, third most in league history, and the first since Week 29 of the 2018 season.

The former Red Bulls striker powered LAFC to a 6-0 victory over Vancouver Whitecaps FC at Banc of California Stadium behind two goals Wednesday. It was the 22nd regular season multi-goal performance of his MLS career.

BWP has seven goals this season, tied for fourth most in the Golden Boot race. Wright-Phillips has scored 115 regular-season goals, sixth most in MLS history. LAFC is tied for sixth in the Western Conference standings with 18 points (5-5-3).

With LAFC holding an early lead, Wright-Phillips extended the club’s lead to 2-0 in the fifth minute with an acrobatic spinning right-footed shot from the center of the box to the bottom left corner (watch goal).

Only six minutes later, BWP tallied his second goal to extend LAFC’s lead to 3-0 when he finished a deflected Diego Rossi shot with a right-footed scissor kick from the box into the center of the goal (watch goal).

The player of the week is selected each week of the regular season through both media and fan voting in a process conducted by MLS Communications. A panel of journalists from the North American Soccer Reporters comprises 75 percent of the vote, while a Twitter fan vote represents the remaining 25 percent of voting. NASR consists of members of print, television, radio and online media. 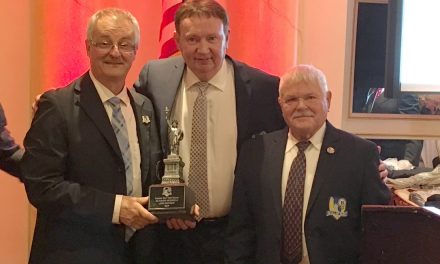 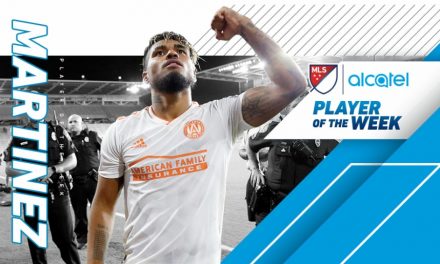 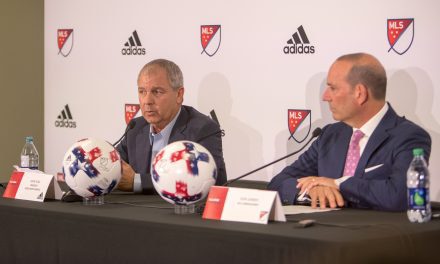