DEILA’S LAMENT: ‘We have to kill teams off when you have those chances we have’

Ronny Deila: “The last 20 minutes we lost our intensity, we lost our pressure.” (FrontRowSoccer.com Photo)

HARRISON, N.J. – Ronny Deila could not have said it any better.

“We have to kill teams off when you have those chances we have,” the New York City FC head coach said.

Instead, it was Toronto FC that killed City’s chances with a late penalty kick as the fortunate visitors walked out of Red Bull Arena with a 1-0 win and three points in their back pocked.

It was a frustrating night for so many reasons.

“It’s a lot worse in performances where you’re not creating chances and you’re not getting your opportunity,” forward Gary Mackay-Steven said. “Obviously tonight was frustrating. I felt we dominated for long periods of the game. We didn’t take our chances which it ultimately comes down to.”

Deila felt his team lost its focus in the final stages of the match.

Mackay-Steven tried to look for a positive sign from the loss.

“I feel the buildup play, getting into the final third, we’re doing a lot of good things and I feel it will turn for us,” Mackay-Steven said. “It’s a little frustrating but it comes down to hard work on the training ground. The goals will come for sure, but we keep our heads up, keep positive. A lot was good about tonight, but we just need to work on getting the ball in the back of the net.” 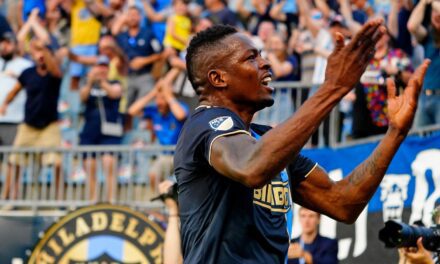