MIAMI – Concacaf Wednesday announced a new format for the 2021 edition of the Gold Cup, including the first draft for the competition.

In the past, the confederation would select where and when countries would play.

AFC Asian Cup Champions Qatar will compete as a guest as part of a major collaboration between Concacaf and the host country of the 2022 World Cup.

There’s more. A major change to the knockout phase will see teams on opposite sides of the bracket meet from the quarterfinals onwards. In previous Gold Cups, teams have only competed against opponents on the same side of the bracket until the final.

“This change will provide more unpredictability and excitement to the competition, which was expanded from 12 to 16 teams for a hugely successful 2019 edition,” Concacaf said in a statement.

The first Gold Cup draw will be held Sept. 28. The preliminary round and the group stage will be drawn at the event. Further details on the draw will be available in the coming weeks. 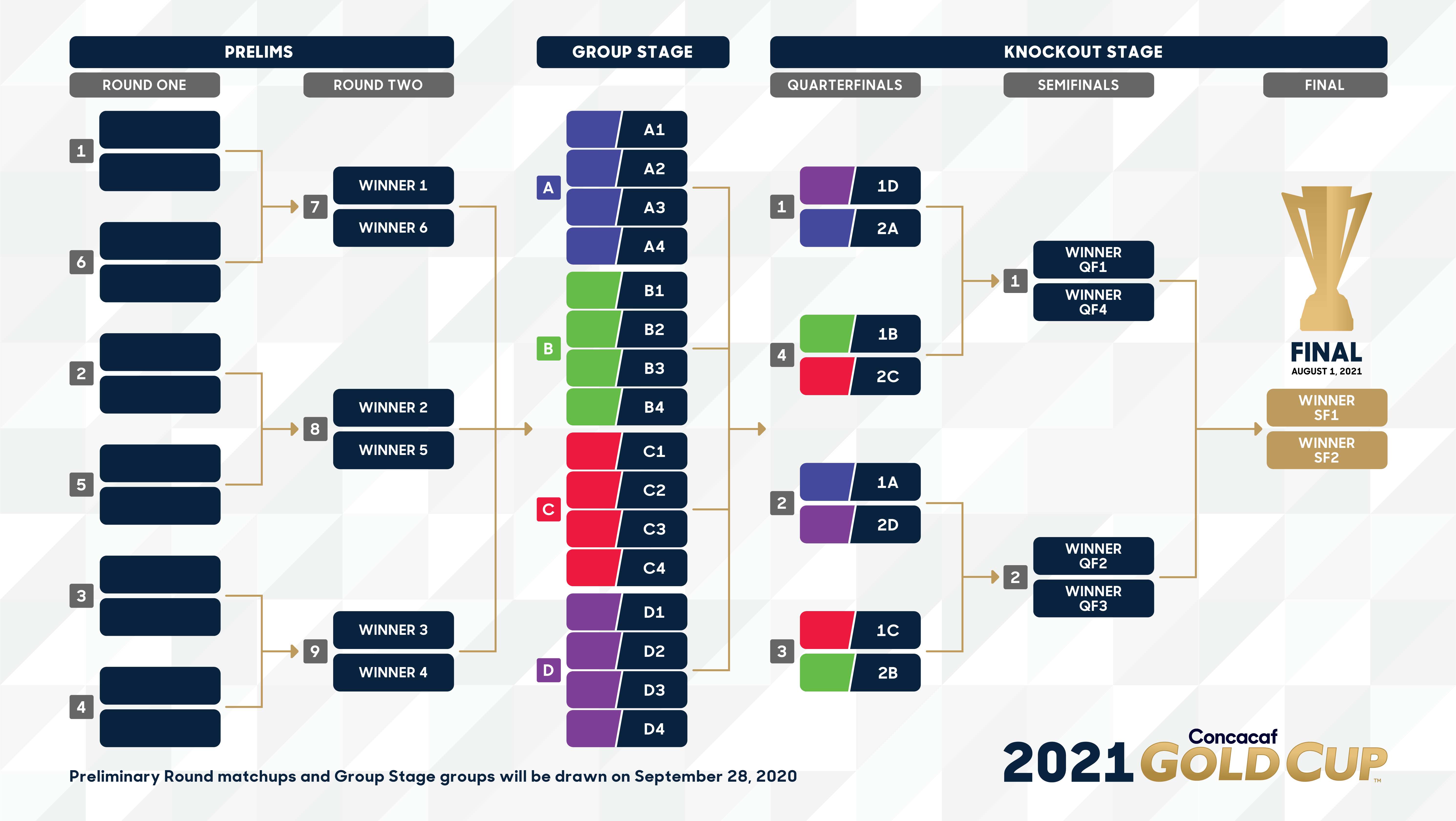 At the time, 12 teams have booked their place in the Gold Cup group stage, which will commence next July 10, through their performances in the inaugural Concacaf Nations League.

They include the winners and runners-up in CNL League A groups, and the winners of CNL League B groups, including Canada, Costa Rica, Curacao, El Salvador, Grenada, Honduras, Jamaica, Martinique, Mexico, Panama, Suriname and United States.

Those dozen teams will be joined in the group stage by Qatar, which doesn’t need to qualify for the 2022 World Cup because it is the host.

The preliminary round will comprise the 12 national teams that have qualified through their CNL performances, including the third-placed teams from League A groups, the second placed teams from League B groups, and the winners of League C groups. Those teams are Bahamas, Barbados, Bermuda, Cuba, French Guiana, Guadeloupe, Guatemala, Guyana, Haiti, Montserrat, St. Vincent and the Grenadines and Trinidad and Tobago.

After a knockout format involving the 12 national teams, the remaining three teams at the end of the preliminary round will qualify for the group stage.

OH, SO CLOSE: Pulisic powers USMNT to win over Panama, closer to Qatar