The Bermuda international scored twice, including the game-winner in second-half stoppage time, as the Battery secured a 3-2 victory, rallying from a two-goal deficit early in the second half.

Lewis earned 47 percent of the vote. Indy Eleven’s Evan Newton received 27 percent after recording a three-save shutout that included a crucial penalty kick save in a 1-0 victory against Pittsburgh Riverhounds SC. It was his 50th shutout in the Championship’s regular season.

The 26-year-old Lewis was chosen by the Red Bulls in the 2017 MLS SuperDraft. He never played a game for the MLS side, but made 23 appearances for Red Bulls II that season.

The player of the week is selected by the USL national media panel, which made up of representatives from each media market in the Championship. 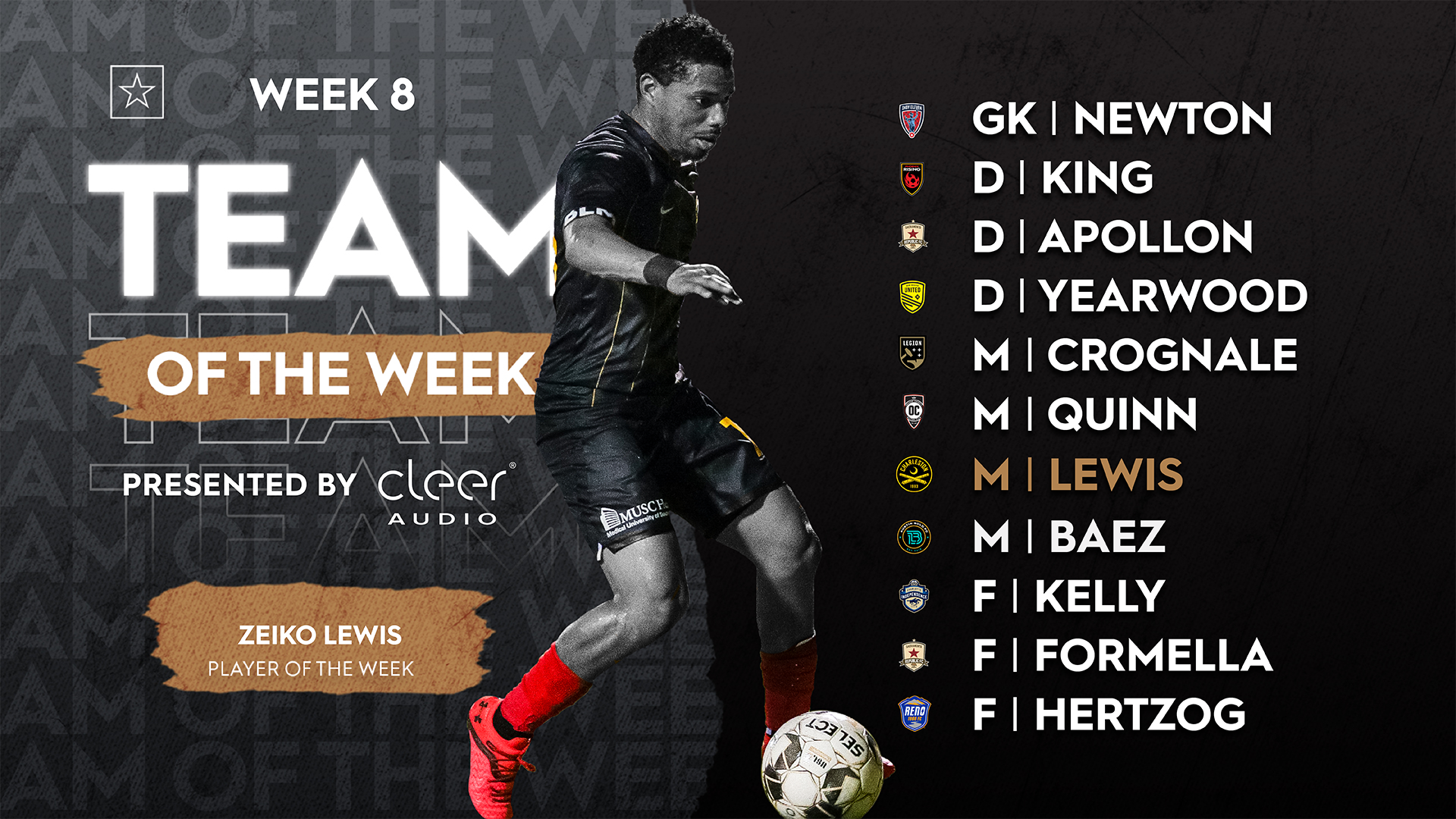 GK – Evan Newton, Indy Eleven: Newton recorded a three-save shutout – the 50th in the regular season in his Championship career – that included a crucial penalty kick save in a 1-0 win against Pittsburgh Riverhounds SC.

M – Xavier Baez, Austin Bold FC: Baez recorded a remarkable goal as part of an overall performance that saw him complete 30 of 35 passes, record one key pass, win 4 of 7 duels and make eight recoveries in a road draw with San Antonio FC.

F – Dane Kelly, Charlotte Independence: Kelly scored twice in two games, completed 23 of 29 passes and put five of his nine shots across the games on target as the Independence took four points over the week.

F – Dariusz Formella, Sacramento Republic FC: Formella recorded a pair of goals in Republic FC’s victory against Tacoma Defiance, and was strong as well in Sacramento’s win against Reno 1868 FC as he recorded five chances created and completed 26 of 34 passes over the two contests.

F – Corey Hertzog, Reno 1868 FC: Hertzog struck twice in 1868 FC’s victory against the Portland Timbers 2 to move into third place all-time in the Championship with 65 goals, and completed 16 of 19 passes and one key pass in the 5-2 victory.