The East Northport, N.Y. resident was a member of the National Honor Society and Business Honor Society while having an average in the high nineties before his graduation from Northport High School in June.

Power is that rare individual who has played for only one travel team, the Northport/Cow Harbor Wolverines of the Long Island Junior Soccer League, from Boys Under-9 to U-20. In his essay, Power said that “soccer has provided many highs and lows over the years. I remember when my team had won two tournaments when I was 13 and I felt like our team could play and win the World Cup. But there are times when we would get crushed and it can really hurt and make you feel miserable about the sport. I enjoy soccer so much that I became a referee and it allows me to enjoy my favorite sport from an additional perspective.”

Power is slated to attend the UMass Amherst this fall.

The scholarship’s namesake was an Eastern New York vice president who seemingly was involved in every level of local soccer before his passing in 2002, the year that Power was born. 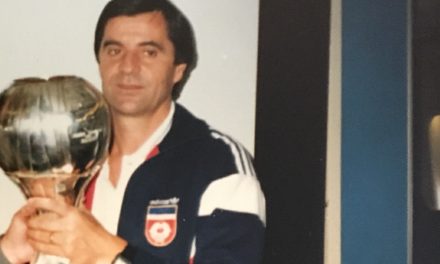 THROW-BACK THURSDAY: Looking back at a classic U-20 match from 3 decades ago

C COACHING COURSE: ENYYSA to host one in Orangeburg, N.Y. this summer