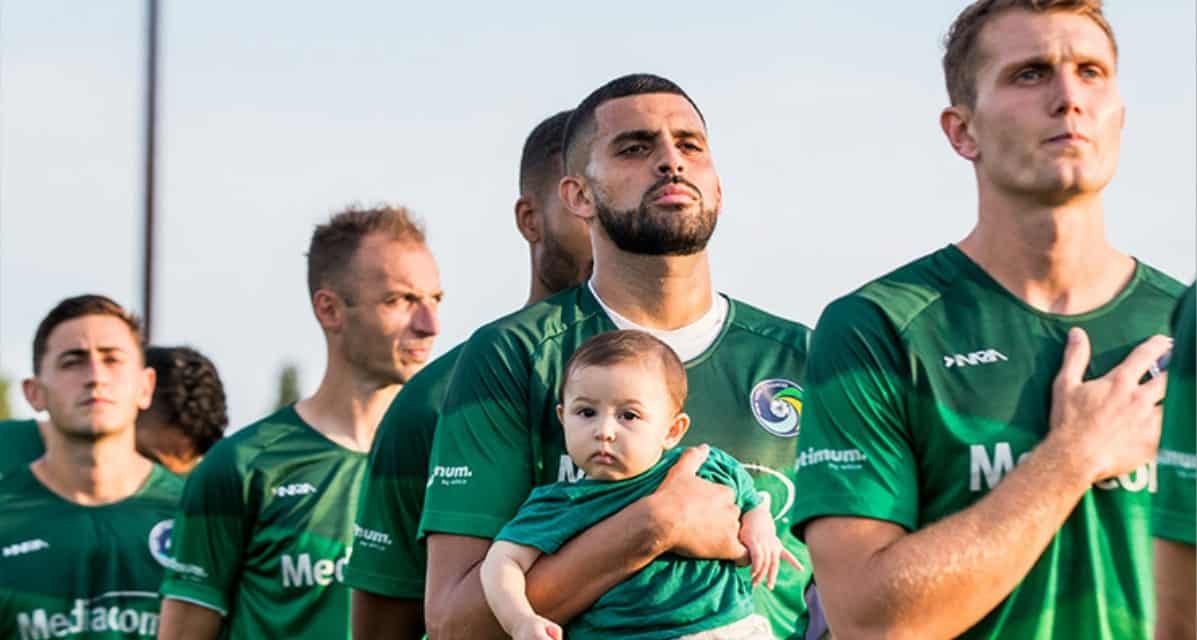 Aly Hassan, shown with his son during the national anthem, scored some key goals for the Cosmos in 2019. (Photo courtesy of the Cosmos)

The Cosmos certainly will have a familiar feeling in their attack this National Independent Soccer Association as they re-signed midfielder Charlie Ledula and forward Aly Hassan on Thursday.

In 2019, Ledula and Hassan played with the Cosmos during the National Premier Soccer League and NPSL Members Cup seasons.

“We’re very happy to be have Charlie and Aly back,” Cosmos head coach Carlos Mendes said in a statement. “Charlie brings a presence to our midfield and Aly is always a threat in and around the box.”

Ledula and Hassan are training with the team at Mitchel Athletic Complex in Uniondale, N.Y.

“It feels good to be back! Excited more than anything to be playing with the Cosmos again,” Ledula said. “I feel I have more to prove especially with my stop and start season due to injuries. But looking and thinking forward, I’m excited to prove myself to the coach, the team and the fans most importantly.”

Ledula added that he is “really excited to be playing again after a long offseason, knowing what has taken place around the world. With the upcoming NISA season we know it’s going to be tough, but it’s a challenge that the team will definitely be willing to accept. The goal is to win and hopefully bring a trophy back home.”

Born in England, Ledula played at LIU Post and was a 2017 NCAA Division II All-American first team selection. He spent a season with the Long Island Rough Riders and was voted the team’s player of the year after scoring 12 goals in all competitions.

Hassan began his professional career in his native Florida, signing for the Fort Lauderdale Strikers in 2012 in the North American Soccer League before playing for several other clubs in North America, including Ottawa Fury FC and San Antonio FC.

“I am extremely excited and grateful to be able to represent the New York Cosmos for another season,” Hassan said. “It’s a global brand and a club that has so much history,” Hassan said. “I’m really looking forward to getting back to the field with the guys and have all the confidence that this will be a great season for us. Carlos is a great coach and I am looking forward to continue working with him.”

Needless to stay, Hassan was looking forward to getting back on the field.

“It’s been a long offseason and everyone is itching to get started,” he said. “It’s going to be a competitive season and once we return to action I’m sure we will play a brand of football that will honor the badge and New York.”

The Cosmos are slated to begin their NISA fall season on Aug. 8. All games will be played behind closed doors. 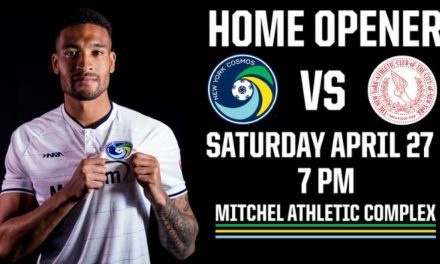 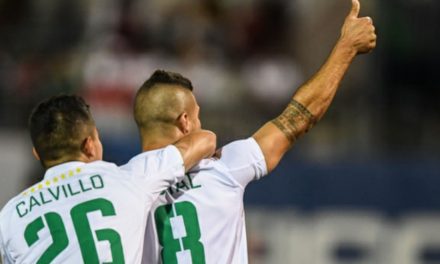 PLAYER OF THE WEEK: Cosmos’ Calvillo (2 goals) earns the honor 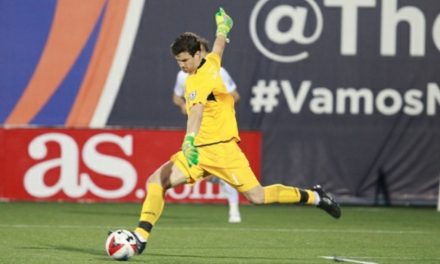 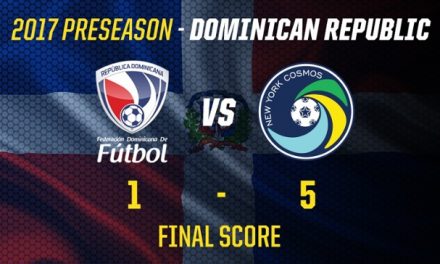