MIAMI – Univision’s TUDN Thursday announced that it will deliver action from the first Copa por México in July.

The competition will feature eight teams and 15 matches from two of the most iconic soccer locations in Mexico – Estadio Akron in Guadalajara and Estadio Olímpico Universitario in Mexico City.

Beginning Friday, July 3, the tournament will signal the return to play for Mexico’s top club soccer league in Liga MX and will include teams such as Tigres, Club América, and Cruz Azul competing to be crowned the winner of the first Mexican rivalry tournament. All matches will be carried on the Univision portfolio of networks consisting of Univision, UniMás, TUDN, and Galavisión, as well as streamed on the TUDN App and on TUDN.com, and available on the TUDN Radio Network.

During the tournament, participating teams will be divided into two groups, each consisting of four teams, with the top teams advancing to a single-elimination semifinal match followed by the championship game on Sunday, July 19.

Group A will feature matches from Estadio Akron in Guadalajara and includes Chivas, Mazatlán, Atlas, and Tigres.

In the Group Phase, Copa por México will be headlined by three of Liga MX’s most popular rivalries: the Clásico Tapatío featuring the two Guadalajara rivals Chivas and Atlas on Saturday, July 4, the Clásico Capitalino between America and Pumas UNAM on Tuesday, July 7, and the Clásico Joven with the two Mexico City powerhouses América and Cruz Azul on Saturday, July 11.

Full schedule is as follows (all times ET): 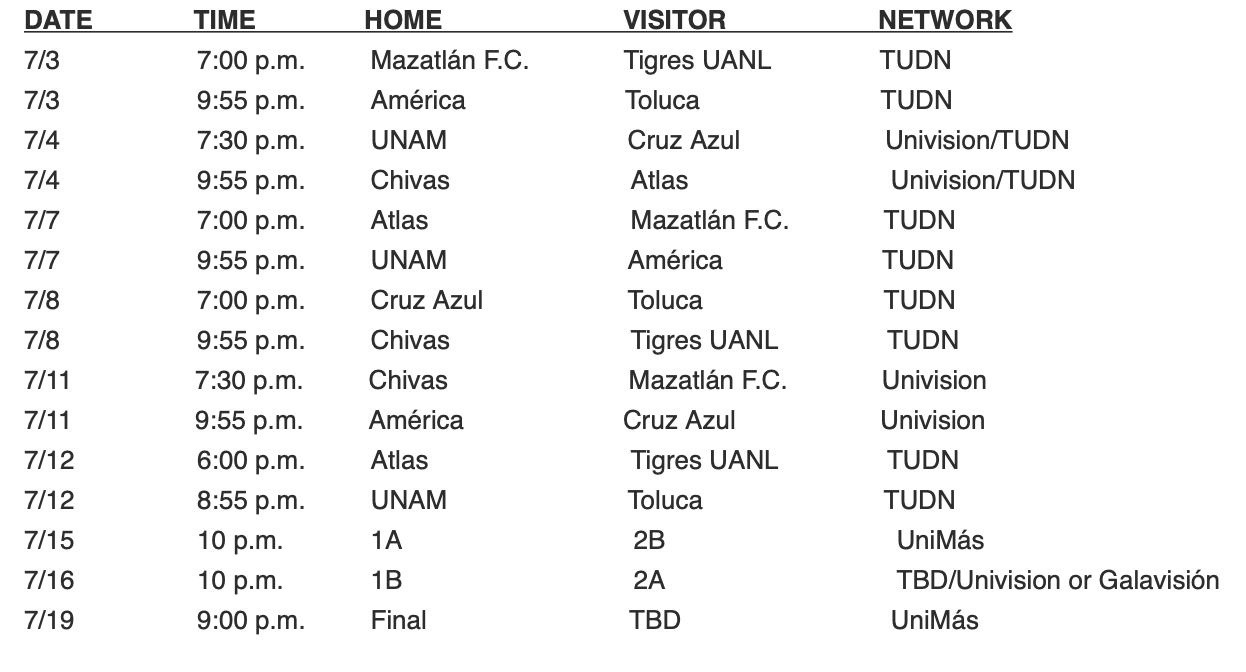