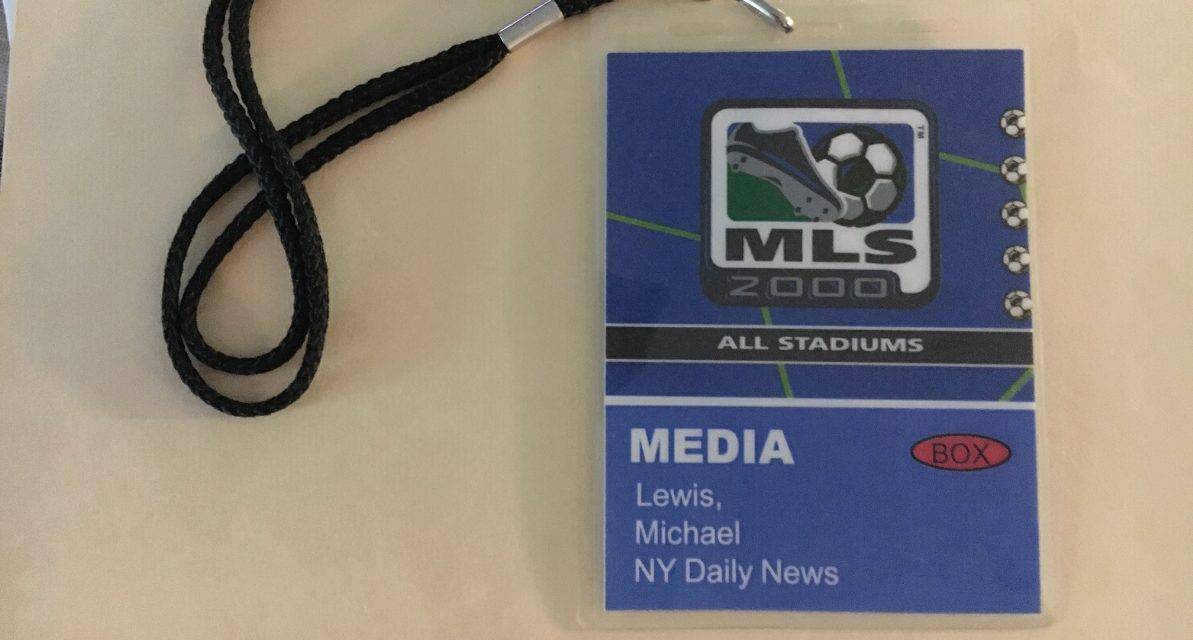 Way, way back in the day in 2000, covering the MetroStars was a lot of fun.

After an abysmal 1999 season, the next Major League Soccer was like a walk in the park when writing about a new and improved squad under head coach Octavio Zambrano. He put together a team that I still consider the best and most exciting team to watch in the club’s 25-year history.

Tab Ramos ran the show in the middle of the field, flanked by Mark Chung, Daniel Hernandez and Petter Villegas, Bill Walsh and Roy Myers. The addition of Clint Mathis gave the team scoring punch to go along with Adolfo Valencia and Alex Comas and a lot of flair. Thomas Dooley, Steve Jolley, Mike Petke and Steve Shak formed a rather formidable. backline in front of Mike Ammann before he was rammed by Mamadou Diallo and an up-and-coming goalkeeper named Tim Howard (wonder whatever happened to him), plus Paul Grafer.

And then there was Lothar Matthäus , who was far from a walk in the park or a day at the beach, for that matter. I’ll get to the latter in a moment.

The captain of Germany’s 1990 World Cup winning squad, Matthäus was a handful and half on and off the pitch. In fact, outside the playing field, someone might describe him with a word that rhymed with the last word in the previous sentence.

Early, I think he was disappointed with the quality of the league and his new team and he wore his emotions on his sleeve.

It came to a head several times that season.

With the campaign barely a month old, Lothar blew his gasket during and after a 2-1 loss to the Kansas City Wizards at Giants Stadium on April 19, 2000.

Here is what I wrote in my April 21 column for CNNSI.com:

I guess Lothar Matthäus’ recent misconduct means he is out of the running for MLS’s Fair Play Award for this season.

Of course, there’s always next season — if he survives his temper tantrums and the MetroStars. But then again, there is even serious concern whether he will make it through this season.

Matthäus isn’t taking the MetroStars’ losing and performance lightly — they’ve lost four of their opening five games — and not surprisingly, he hasn’t gone quietly into the night, as well.

But the German international has lost his cool twice within five days, which is quite alarming for someone who is supposed to bring a “professional demeanor” to a team.

Criticizing your teammates is one thing — you couldn’t argue with his assessment that the MetroStars’ players don’t play with their heads and can’t string together simple passes — but making a fool out of yourself in public is another.

That disgraceful and embarrassing scenario was played out during — not after — the MetroStars’ 2-1 loss to the Kansas City Wizards on Wednesday.

“It was very, very bad,” a league official said. “It was a poor scene.”

OK, this is what transpired in the KC encounter:

Early in the second half, an exasperated and incensed Matthäus boiled over, throwing his captain’s armband at referee’s assistant Chip Reed, protesting a non-call by referee Marcel Yonan.

Matthäus claimed that Wizards defender Peter Vermes had impeded his progress and fouled him in the 53rd minute. He went over to Reed, threw his armband at the game official (who threw it back) and proceeded to argue with him while the game continued.

“You saw it. Write what you saw,” Matthäus snapped at reporters afterwards.

On the field, Matthäus wasn’t finished, as he had words with Wizards coach Bob Gansler on the K.C. bench. “Both Brian [Bliss, assistant coach] and I said, ‘Hey, play,’ ” Gansler said.

Asked about the team’s performance, Matthäus re-iterated his comments.

“What can I say?” he said. “Everything is the same answer. You can write the same what you wrote after the last game… This is not working. There is no communication.”

Later, Matthäus said he argued with the referee’s assistant in an attempt to wake up the MetroStars. Obviously, his “strategy” backfired in the very worst possible way.

Matthäus was brought to the MetroStars not necessarily to fill the net or create goals for teammates, but to instill leadership on a team that was the laughing stock (7-25) of the league in 1999.

What sort of leadership is it with him arguing with game officials, leaving his teammates to play a man down on defense?

Heck, if I had my say, I would have slapped him with a stiff fine for bringing the game into disrepute — the famous English phrase when a player, coach or team administrator has wronged. I would also charge him with conduct unbecoming a superstar and legend of the game. That would be my unwritten MLS rule: If you’re going to be a high-profile, highly paid foreigner in this league, you better produce and shut up.

After he was sent home to rehabilitate a lower back strain and a hamstring injury, Matthäus was pictured on the front page of the German newspaper Bild, along with his girlfriend Maren, sitting on a beach in St. Tropez.

“I’m not sure where he is and I’m not that concerned,” MetroStars general manager Nick Sakiewicz said. “I’m not too worried about it because we have six points on New England. … Either it’s an old picture of that’s what the doctor prescribed. I’m OK with either one. We all know the German press is pretty tabloid-istic. They will do whatever they can to get him in the press.

“My concern is not one player, but the entire team. I can’t be diverted by one player’s supposed misbehavior in his treatment.”

The MetroStars’ 2-1 victory over the Dallas Burn last night certainly was no day at the beach.

While Lothar Matthäus was reportedly rehabbing in St. Tropez with his girlfriend, his MetroStars teammates used guile, grit, the hands of goalkeeper Tim Howard, the head of Dallas defender Ricardo Iribarren and the foot of midfielder Lazo Alavanja to survive a 90-minute match with the Burn.

The Lothar saga was far from finished. He refused to return to the team, citing major differences with Zambrano. Finally, MLS tried to find a way to arbitrate the feud, asking both sides to come to the league headquarters in Manhattan. On Friday, July 21, both sides kissed and made up.

Matthäus appeared tired but seemed to be content with the outcome. “I think we can go a good way together for the next three months,” he said. “The coach waits or me. I hope I can give him back the best effort.”

Actually, Matthäus did, playing some inspired defense and midfield down the stretch as the MetroStars were eliminated by the Chicago Fire on a rather dodgy offside call in the playoffs (that’s a story for another time).

One last thing about that Friday, July 21 meeting: I remember waiting, not inside the building, but with other writers in the sun for a couple of hours. Don’t understand while we weren’t allowed to be inside until there was an announcement. Perhaps commissioner Don Garber was afraid we would hear some nasty words from Lothar and MetroStars officials.

I felt we were in a Seinfeld episode. Curious citizens stopped by and asked us what we were doing, a bunch of sportswriters was just about loitering in the street. This kind of stuff they never teach in journalism school.

An interesting little side note, Part I: After the MetroStars dropped their fourth game in five tries to open the season Ammann had this famous quote: “The NBA had a team like us: the Clippers. Now I know what it’s like to play for them. I don’t think it matters who we play. If we don’t come to play, we’d lose to ourselves.”

The Clippers, if had hadn’t deduced it, were the worst team in the NBA at the time.

An interesting little side note, Part II: about the game that Lothar melted down, it happened to be the first night of Passover (please, don’t ask me why the league decided to schedule a game in the New York/New Jersey area on the first night of holiday; it’s just mind-boggling). Radio announcer Peter Schwartz and I had a mini-seder of our own with white fish horseradish, matzoh and some other parts of the seder. 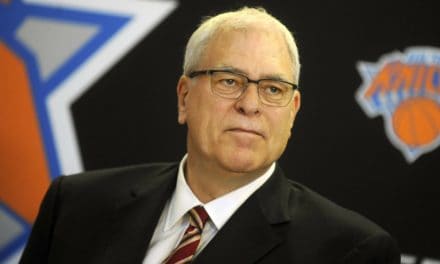 OFFSIDE REMARKS: Repost: The significance of the 2015 Gold Cup upset and putting the 1969 loss into perspective