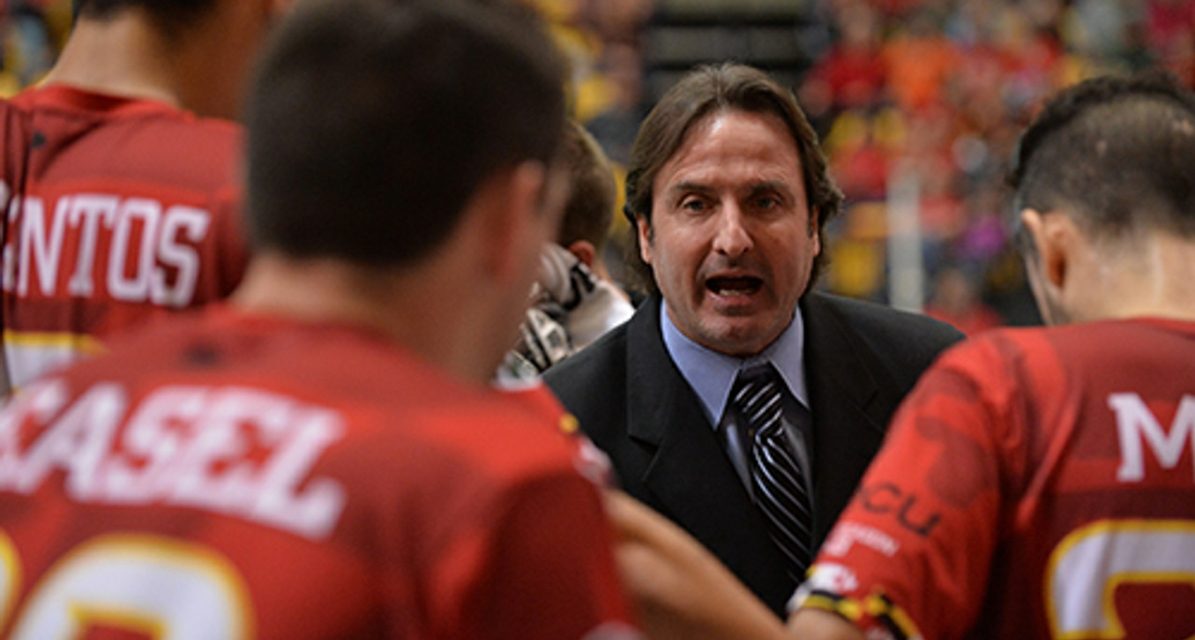 He was replaced by assistant coach David Bascome, who will direct the Major Arena Soccer League team.

No reason was given for Kelly’s departure. “Danny Kelly has moved on,” a Blast press release said on Thursday.

According to the Baltimore Sun, Blast owner Ed Hale said Kelly’s departure was a mutual agreement.

Kelly had been head coach for 14 seasons. since the 2006-07 Major Indoor Soccer League season, directing the Blast to six championships as one of the most storied franchises in the history of indoor soccer. Fourteen years coaching the same professional team is as close to infinity a coach can get in the volatile world of 21st century sports.

Bascome, who was an assistant to Kelly for the Blast’s last five titles, will begin his tenure by being in charge of the club’s summer soccer camps.

A former Bermudan international, Bascome has been involved in professional soccer for 28 years. He has spent the last 16 year with the Blast, winning eight champions, three as a player and five as an assistant coach. Bascome also played for the Denver Thunder and Blast (three championships) during a 17-year indoor career and the Harrisburg City Islanders outdoors. Since 2007, he has been a part of the Legends of Sports and has earned many achievement awards for helping young people in Bermuda. Bascome was inducted into the Blast Hall of Fame last season.

“I am looking forward to being the head coach and continuing to lead the team in a positive direction. I love to win and will be building a climate for the franchise to succeed,” Bascome was quoted by the Sun.

He will work with vice president and general manager Gianni Tumminello to handle player signings and operational duties.

“I am excited to work with David. We share many of the same ideas and his knowledge of the indoor game and the Blast culture is outstanding,” Tumminello told the newspaper. “Our front office is going to be very strong. We want to win on and off the field.”

Kelly has some strong ties to the tri-state area, hailing from New City, N.Y. and having played for B.W. Gottschee and attended Clarkstown South High School.

Since taking over the Blast coaching reins fulltime at the start of the 2006-07 season, Kelly guided the team to a 226-90 record. The Blast’s “worst” season since then?  When the team finished 15-15 in Kelly’s first season as Baltimore did not qualify for the playoffs.

Since 2007-08 the Blast has been regular post-season participants, never missing a beat. In fact, the team hasn’t finished below second place since 2008-09, winning its division eight consecutive times before finishing second last year, and taking a victory lap with the championship trophy seven times during Kelly’s reign. The Blast captured three successive MASL titles from 2015-16 through the 2017-18 seasons.

Kelly’s introduction into coaching was sudden and a surprise. During the 2005-06 MISL playoffs, Blast head coach Tim Wittman got into an altercation with a referee and was relieved of his duties. Club management asked Kelly to take over the rest of the season as a player-coach. Baltimore captured the championship.

Kelly, who was 37 at the time, realized his career was almost over.

“When Ed [Hale] asked me I took about five seconds to be like, ‘Hmmm, ok,’ because I realized my playing career was coming to an end. What was going to be my next step?” he said in a February interview with this reporter for MASLSoccer.com. “I had some ideas of what I wanted to do but being able to jump into coaching professionals in an organization I was very familiar with was very fortuitous for me.”

He had considered himself one lucky man because he is able to do what he enjoys the most — coach a team.

“I still love the game,” he said. “I love going to work every day and trying to get better, whether it’s trying to come up with new set plays, trying to figure out new pieces, what new players we can bring in to accentuate the pieces that we already have here. I realize how fortunate I am. Every day I go to work and I coach. Not many people are that lucky and I get paid to do that. So, it’s not lost on me how fortunate I am in that regard, that my job is to coach a game.”

In February, Kelly admitted he hasn’t had time to look back at his accomplishments. He was only looking forward.

“I honestly I haven’t thought of it like that,” he said. “Every day I get up and go to work and I’m very fortunate to do what i do. I know I’m really fortunate that I wound up with the Blast and the Blast organization and working for an owner that was just wanted to win. That’s why we’re in this. It’s about winning, and he really had that drive and it starts with Ed Hale in terms of wanting to win and never giving up and competing every day. He gave us the wherewithal to win in terms of bringing in players.

“People like to think we throw money around like it’s nothing. That is not the case. We’ve been turned down many times or outbid on players and we found a way to get the right pieces together and keep that core together for a lot of years. And that’s a credit to Ed to keep the core together. That was critical being successful and … allowing us to build on that core every year and fill in pieces. I haven’t really taken a look back because I’m still enjoying the ride. I know I will at some point look back and say, ‘Wow, I was really fortunate to do this for such a long time.’ Right now, it’s just one day at a time and very much in the moment with this group.”

A graduate of Penn State University, Kelly was drafted by two teams — the Kansas City Comets (MASL) and the Harrisburg Heat (National Professional Soccer League). He chose the latter, opening the door to a long, productive career on and off the field. As a midfielder with Harrisburg, he celebrated 224 goals in 179 appearances and also played for the San Diego Sockers indoor squad. Kelly competed for the Rochester Rhinos and Hershey Wildcats outdoors before returning to indoor for good for seven seasons with the Baltimore Blast.

“Danny was a complete player,” former Heat general manager and head coach Jim Pollihan said told this writer in February. “Excellent with both feet. Worked both ends of the floor. When someone would either get the ball away from Danny or he would lose the ball, he would work his tail off to get it back. Both ends of the field, up and down, non-stop action and could strike the ball equally skilled with both feet. He could score goals from anywhere on the field. He hated to lose. I think they all hated to lose, but you can see it in his face. When the team wasn’t doing well, he would get very upset and committed to see what he could do to help the team pull out a victory or turn it around.”

That passion and desire has followed the 50-year-old Kelly in a standout career as a coach. Kelly has directed the Blast since 2006, a 14-year career with one club, a rarity. Under his tutelage, the Blast has won six indoor titles, including three MASL championships in a row.

“Fourteen years, that’s unheard of in any professional sport that coaches stay around that long,” said Pollihan. “He gets it done. He finds good players. He develops players, makes them better. Sometimes when you have winning teams from year to year to year it gets tough because every player wants to play. “You’ve got to be able to balance the attitudes, balance the playing time of players so that you are successful when a top player is either injured or not on their game. You have other players that have learned the way you want them to play and are able to come in and get it done. It seems that’s part of Baltimore’s success. They’ve kept a nucleus of players for a long period of time and have brought players in to complement them. And those players become the next stars of the team.”

SHE’S THE TOPS: Williams named NWSL player of the week 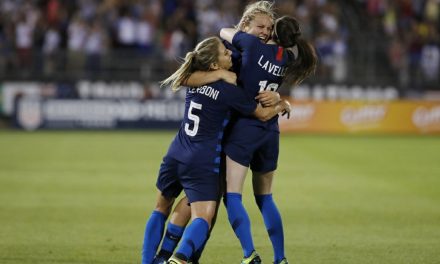