COUNTER PROPOSAL: USL Players Association throws it back to the league

The USL Players Association has sent a counter proposal back to the USL Championship, the group announced Tuesday.

In a press released, the association announced that unaminously voted to reject the USL’s proposed economic relief of “extreme wage decreases.”

“Many USL players earn less than a livable wage, which has been a driving factor for the USLPA’s push for a minimum salary,” a statement on the press release said.

The USLPA claimed that the standard player contracts were “valid, enforceable and guaranteed contracts throughout their entire term whether there is a playing season or not.”

The association has offered to take a 10-percent pay cut on the remaining wages for the season that are above $2,000 a month, as long as there was consideration for three factor.

That would include the USL matching the players’ salary cuts, the clubs agreeing to a minimum salary of $20,000 starting in 2021 and the league agreeing to increase its bargaining frequency to every 14 days until a collective bargaining agreement is reached. 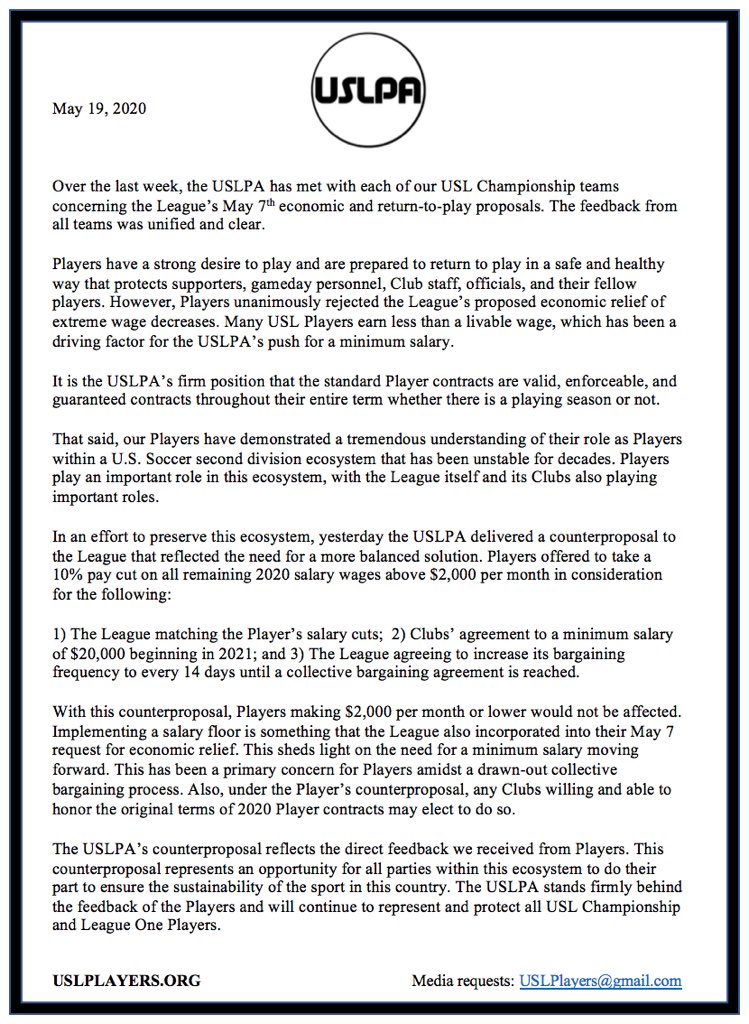 HEALTH AND SAFETY PROTOCOLS: For the USL Championship

ON THE TUBE: ESPN to televise USL Championship Final for the 1st time