Sports Illustrated soccer writer Grant Wahl, a 24-year veteran writing about the beautiful game at the national publication, was fired on Friday.

Wahl wrote about his dismissal on Twitter: “Maven just fired me from Sports Illustrated. No severance. Nothing.”

Maven purchased SI from Authentic Brands last year and has made several layoffs.

SI has had a downturn in advertising due to the Coronavirus pandemic (COVID-19) and has laid off reporters and editors and has asked workers to take a 30 percent pay cut.

According to an internal memo obtained by Front Office Sports, Maven CEO James Heckman claimed Wahl was the only SI staffer to refuse a pay cut.

“Every senior staff member volunteered to put their personal budgeted future at risk, to save jobs and ensure stable salaries for those making less,” Heckman said in the memo. “Everyone, that is, but one person. This person made more than $350,000 last year to infrequently write stories that generated little meaningful viewership or revenue. Yet he trumpeted that he thought it shameful to be asked to participate in helping his fellow workers. To complain about a personal pay reduction when 31 others had just lost their jobs is incomprehensible in light of the sacrifices others made to help limit layoffs and maintain livable salaries for our staff. Such a me-first attitude is not part of the tradition and culture Maven is committed to maintaining.”

1) I told Maven I was fine taking a 30% pay cut during the pandemic. But it was shameful to try to push through a permanent 30% cut beyond the pandemic.

2) My base salary was far below that, but I got a bonus because my bosses said my work was very good. 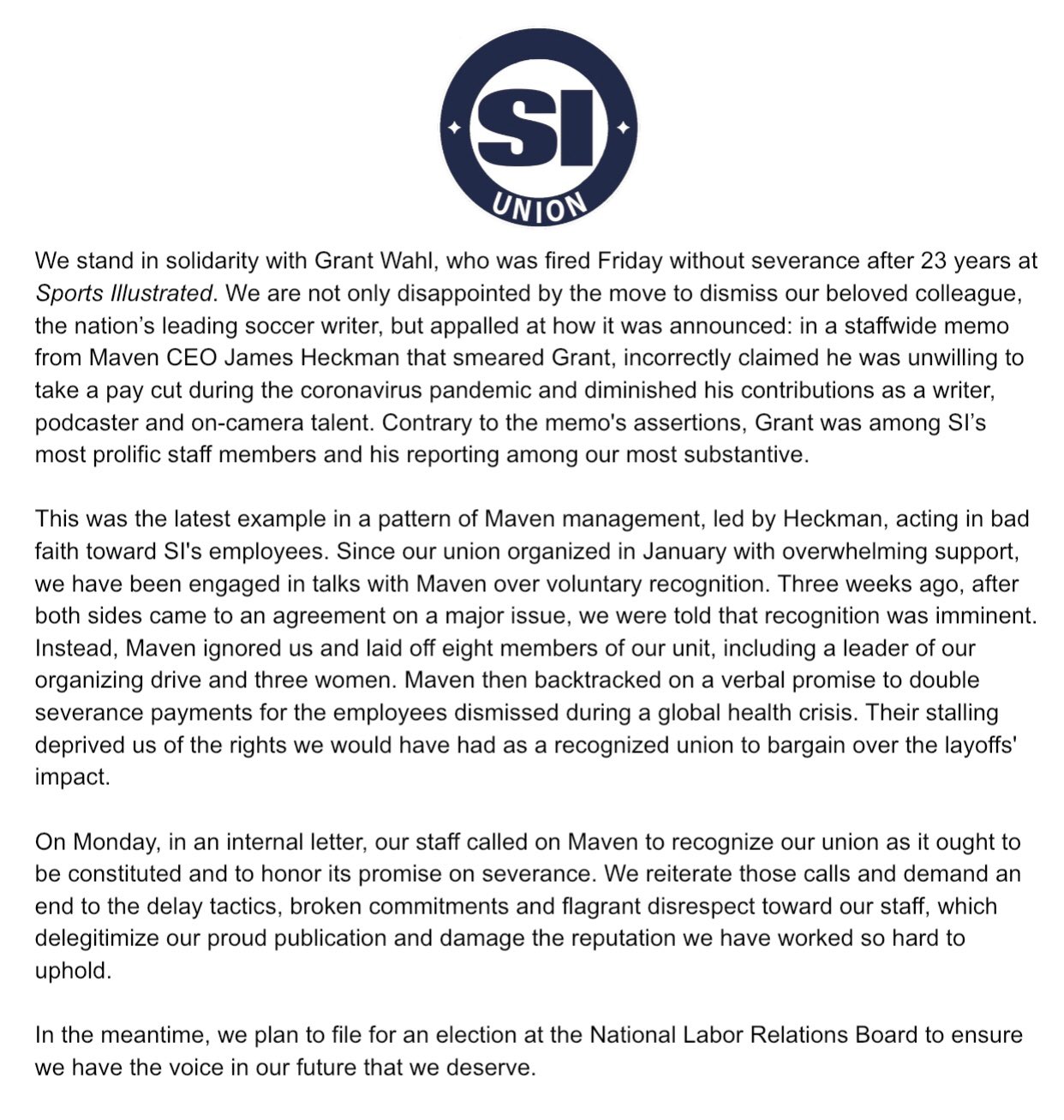