EIGHT-HOUR MARATHON: ESPN to Celebrate 25 Years of MLS on Monday

The San Jose Clash-D.C. United encounter aired on ESPN in 1996.

ESPN2’s programming marathon will anchor MLS-themed content across multiple ESPN platforms, including on-demand streaming of a collection of historic matches on ESPN+, a special edition of Banter with Taylor Twellman digital show, and two classic matches on ESPN Deportes.

The MLS classic match marathon will begin at 6 p.m. ET with the 1996 MLS Cup. D.C. United scored a 3-2 golden goal overtime victory over LA Galaxy to capture the league’s inaugural championship in a rain-soaked match at Foxboro Stadium.

At 8 p.m., ESPN2 will feature Landon Donovan’s first MLS Cup appearance when he helped lead the San Jose Earthquakes, as a rookie, to a 2-1 overtime victory in the 2001 MLS Cup over the LA Galaxy. Donovan would go on to have one of the most successful careers in MLS history with a record 14 consecutive All-Star seasons (2001-14) and capturing six MLS Cup titles.

At 10 p.m., ESPN2 will re-air David Beckham’s MLS debut for the LA Galaxy from July 21, 2007 against Chelsea. One of the pivotal moments in league history, Beckham joined MLS after a league-record transfer from Real Madrid. His first match was a star-studded event that attracted Hollywood stars and celebrities among the sellout crowd at The Home Depot Center, now Dignity Health Sports Park. 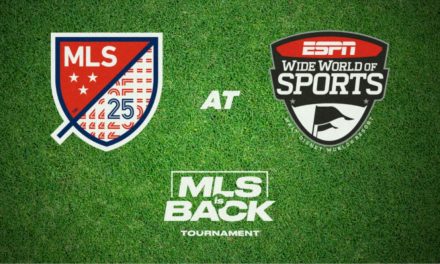 AWARDS ON THE HORIZON: MLS Is Back will honor the best 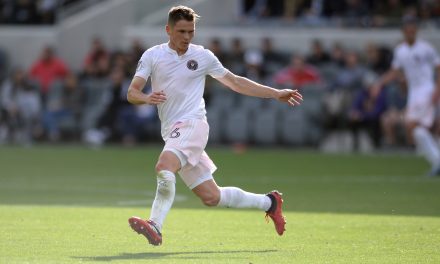