CHICAGO — U.S. Soccer has determined the pairings and possible pairings for the second round of the Lamar Hunt U.S. Open Cup with 25 Division II and 14 Division III pro teams facing 19 first round winners and each other April 7-9.

The 39 professional teams include 25 from the USL Championship (Division II), eight from the recently sanctioned National Independent Soccer Association (Division III) and six from the second-year USL League One (Division III). They will be joined in the second round by the 19 Open Division winners from the first round, set for March 24-25.

Eleven lower-seeded U.S.-based Division I Major League Soccer clubs will enter in the third r: 2nd-roundound, which will be played April 21-23, while the remaining 12 MLS sides will take the field in their first Open Cup action in the Round of 32, which takes place May 19-20.

Home teams for each round are determined by random selection among those who apply to host. Clubs whose venue meets minimum tournament standards are given priority.

For the second consecutive year and as part of a four-year deal, ESPN+ will be the home for all Open Cup games from the first round through to the final.

THE DOOR IS CLOSING: 6 teams reach Open Cup, 10 sides will try to qualify in December 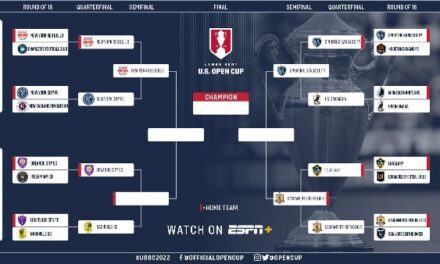