BACK TO THEIR CLUBS: USMNT releases Morris, Roldan, Marcinkowski for Concacaf Champions League

CHICAGO — U.S. men’s international orward Jordan Morris was among three players who were released back to their Major League Soccer teams Saturday in preparation for the Concacaf Champions League.

Midfielder Cristian Roldan will return to Seattle Sounders FC as will goalkeeper JT Marcinkowski to the San Jose Earthquakes.

New York City FC goalkeeper Sean Johnson and Red Bulls center back Aaron Long were among the 22 players selected to play against the Ticos.

After quickly shifting camp from Doha, Qatar to Bradenton, Fla., 26 players took part in the first three weeks of the training camp at IMG Academy.

The delegation will travel to the Los Angeles area Saturday afternoon to begin final preparations. With several players at different stages of their careers in the national team programs, the match against Costa Rica presents an opportunity for them to stake their claim to a spot.

“It’s been a good few weeks in Florida. The guys have worked hard and have made progress in all aspects of our game model,” Berhalter said. “We’d like to thank Seattle Sounders and San Jose Earthquakes for their collaboration in releasing their players and wish them success at the start of their campaigns. We now turn our focus to preparing for Costa Rica and encouraging the players to take advantage of the opportunity and finish off the month with a positive result.” 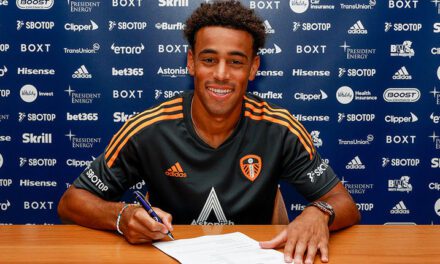 REUNITED AGAIN: Adams signs with Leeds, will play for Marsch a third time