LOOKING BACK: Top Rochester soccer stories of the past decade

By Michael Lewis and Andrew Battisti

It was a rocky decade with some highs and some lows.

The Rhinos won 2015 USL double, losing once in 34 regular-season games and then capturing the USL playoffs. It was the best finish in a U.S. Soccer club men’s season.

Rochester natives David and Wendy Dworkin bought the Rhinos from Rob Clark in early 2016 to keep the franchise going, at least for two more seasons.

The Rhinos went dormant at the end of the 2017 season, citing large financial losses and issues with the City of Rochester related to the stadium lease.

The Flash left Rochester for North Carolina in early 2017 and continued its NWSL dominance, capturing back-to-back crowns as the North Carolina Courage in 2018 and 2019.

Rochester’s Abby Wambach helped USWNT dominate women’s soccer before she retired in 2015 as the all-time leading scorer in international soccer history. She was inducted into the National Soccer Hall of Fame in 2019. She became the second Rochesterian in the Hall after former referee Reinhold Spath.

The Rochester Lancers brand returned to active status with the Major Indoor Soccer League in 2011, thanks to Salvatore “SoccerSam” Fantauzzo. The Lancers were one of the first North American Soccer League indoor teams in 1971.

At the age of 43, Doug Miller came out of retirement and won the MISL MVP honors in 2012-13. He wound up scoring a goal playing for the outdoor Lancers in the National Premier Soccer League in 2017.

The Lancers, who played at the Community War Memorial, were forced to cease operations in 2015 due to increased costs.

The Lancers returned in to MASL2 and finished third in the league in the 2018-19 season They took another giant step, returning to the Major Arena Soccer League for the 2019-20 season, playing its games at the Dome Arena. The Lancers kicked off outdoor soccer in 2017, performing in the NPSL and added a women’s team in United Women’s Soccer that same year.

McQuaid High School won the New York Class AA title in 2017 with a perfect 22-0-0 record, allowing no goals in the post-season and finishing third in the nation. 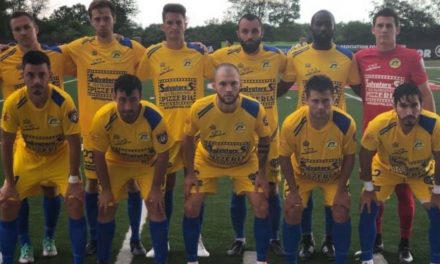